Zakisha Brown is a Jamaican-Canadian artist who has two singles that have made her known as a hit-maker inspired by her visit to Ghana. ‘Went to Ghana’ and ‘Africa Home Again’ are both catchy Hip Hop songs she released shortly after returning to Canada, after spending a few months in Ghana. The first release, ‘Went to Ghana’ quickly gained popularity on social media and then became a theme song used by popular Ghanaian YouTuber, Wode Maya, exposing her song to his nearly 500,000 Subscribers. 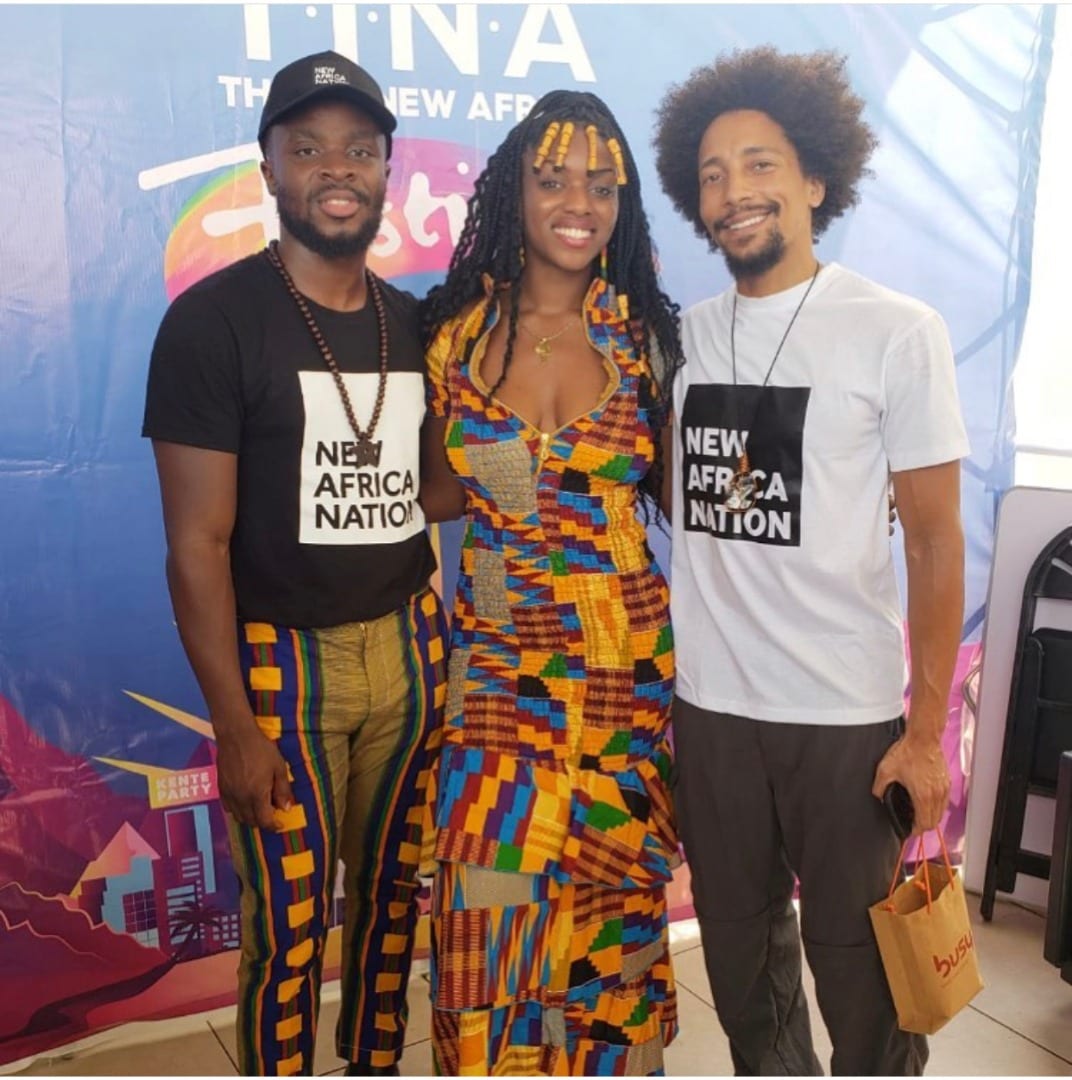 Zakisha says she fell in love with music and began experimenting with lyrical expression over 10 years go. But it was four years ago when she began to perform as a professional music artist. In Canada, the black community is filled with diversity and with the country’s promotion of multi-culturalism, most people stay true to their family’s heritage and culture.
As a Jamaican, Zakisha has always known about her Caribbean heritage. She says it was at age 14 when her parents were considering a move to Ghana. It was then that she learned about Queen Nanny of the Maroons and the connection between Jamaica and West Africa; especially Ghana. She says she learned that Jamaicans predominantly came from West Africa, which sparked her curiosity about Ghana as a young teen.

Fast forward to 2019 and her Hip Hop music career was her golden ticket that brought her to Ghana. She was given the opportunity to perform in the artist showcase at the Afrochic Diaspora Festival as part of the Year of Return. “I think it’s extremely important to establish the connection between Jamaicans and Ghanaians because of the history we have,” she said. “There are Maroons to this day in Jamaica who speak Twi, but have never been to Ghana in their life.” She believes that once we continue to bond, we will bridge the gap and be able to create a sense of unity and solidarity.
Coming to Ghana was a deeply meaningful experience for Zakisha. Everywhere she went she says she saw how similar Ghanaians and Jamaicans are and that recognizing our similarities is the first step acknowledging our roots. She referred to a quote from Marcus Garvey, “A people without the knowledge of their past history, origin and culture is like a tree without roots.” She feels in order for us to connect with our roots and build a better place for future generations, we must develop self knowledge.

As an artist, so many things inspired her when she was in Ghana and she was happy it was so easy to connect and collaborate with people when she was in the country. “I was heavily inspired by the people I met, the delicious food I ate, the attractive melanated men, the regal Queens, the intelligence of children and how independent, strong and resourceful Ghanaians are.” All these influences are evident in the lyrics of her hit song “Went to Ghana.”
“Strongest backs they manage Nuff, too cool they balance food with no hands this ain’t a bluff, necks strong they’re very tough made me just level up.”
~ Lyrics from Went to Ghana Hit song.

She didn’t know any artists personally when she came to Ghana, but she managed to connect with people in the local creative community to work with on her projects. “I collaborated with the infamous DWP Dance Academy for my music video ‘Africa Home Again’, the Rising Afrobeat Stars Djay and Majorskyscrapa.” She also met African American Spoken Word Artist, L.N. Wyman, who appears at the end of her track in the video for ‘Africa Home Again’.

The spirit of pan Africanism was also a strong influencer as she learned about Ghana’s first President. “I was also inspired by the genius of President Kwame Nkrumah and how he worked to gain independence in Ghana while also working to unite other African Countries. I could go on and on,” she said. “It was all life changing so I had to write it in my music.”

“As an artist you never truly know the impact your song will have with the world,” she responded when asked how she felt about the popularity her song was having. The likes of Reggie Rockstone, Wode Maya and Fuse ODG, Reggae Group, Morgan Heritage have all shared her songs on their platforms which helped her reach over 1 million people. She said it’s been a mind-blowing and absolutely awesome experience. “It shows the love people have for Ghana and great music.” 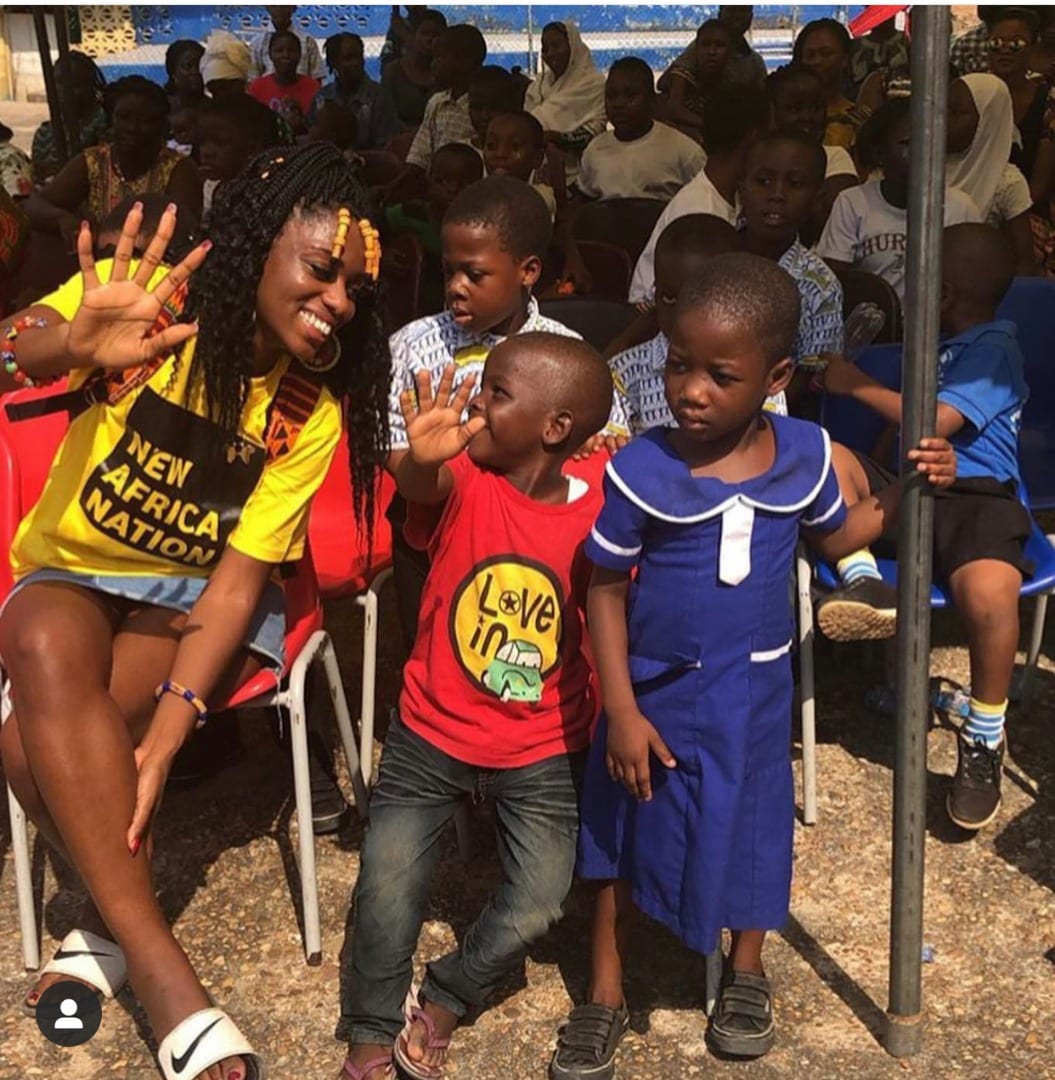 She took in several experiences while in Ghana and felt it was important to take the time to give back to the community. She said her most positive experience was seeing all the work that artist FUSE ODG, activist Chaka Bars, and Music Manager Andre Hackett were doing in Akosombo building and supporting a school. She travelled with FUSE and his team as they embarked on the project on New Year’s Day. “I ended up meeting strangers who turned into friends along the way,” she said. “We spoke with the children there, painted rooms they were developing, enjoyed dance performances by the students and ate amazing food.” After the day of servicing the youth was completed, she enjoyed a boat ride with newly found friends through Lake Volta.
Zakisha has plans to return to Ghana very soon and has plans to make some investments in the country. She hopes the borders open before her planned trip so she can continue with reconnecting to the motherland. “I will be returning for another three months in November. I bought my tickets in March, so hopefully the borders will open back up!”
She finds it disappointing when she hears of people who still carry the negative mindset about Africa. “Being African means you are a descendant from royalty, strength, resilience, intelligence power, beauty, love and community,” she said. “They didn’t take slaves when they took us, they took doctors, naturopaths, healers, scientists, mathematicians, midwives, teachers and more….For those who have a negative view [on Africa], they need to see it for themselves; the beauty of Africa.
Once they step foot on the soil, their life with change.”

December 18, 2020/254
Award-Winning Journalist Roland Martin Announces 10-part Series on His Trip to Ghana
Near me
40