Three leaders in the Pan African movement, W.E.B. DuBois, George Padmore and Kwame Nkrumah, were honoured in a wreath laying ceremony on July 27th, 2020. This marked the beginning of activities that lead up to the annual celebration of Emancipation Day on August 1st.  This year’s theme for Emancipation is, “Our Heritage, Our Strength, with a sub-theme: ‘Leveraging our Strengths; Black Lives Matter’. 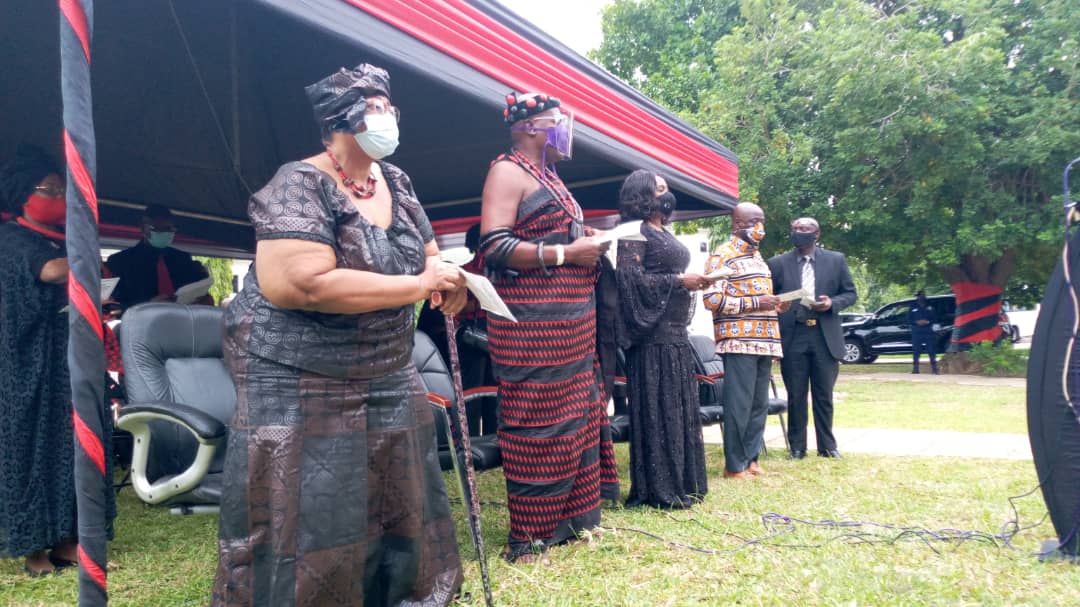 The ceremonies took place at the W.E.B DuBois Centre, George Padmore Library and at the Kwame Nkrumah Memorial Park.  Each of these leaders were honoured with a small ceremony at their respective place they have been laid to rest.  Notable people present at the ceremonies included the Minister of Tourism Arts & Culture, Barbara Oteng-Gyasi, CEO of Ghana Tourism Authority, Akwasi Agyeman, Director of Diaspora Affairs, Office of the President, Akwasi Awuah Ababio, Chairperson of PANAFEST Foundation, Professor Esi Sutherland-Addy, Head of Missions at Diaspora African Forum, Ambassador Erieka Bennett, Executive Director of PANAFEST Foundation, Rabbi Halevi Kohain, and Author Lala London from Saint Vincent & Grenadines.

Hon. Oteng-Gyasi delivered a heartfelt message during her keynote address at the DuBois centre and welcomed the youth and students who also joined in the event.  The minister said that the writings of DuBois and his political philosophies challenged the notion that the black man was inferior.  She said that it was no surprise that former President Nkrumah found a kindred spirit in DuBois and that his relocation to Ghana was a clear demonstration of his Pan African beliefs. “The call for African unity championed by Dr. Kwame Nkrumah is as relevant today as it was in the early days of independence,” the minister said. 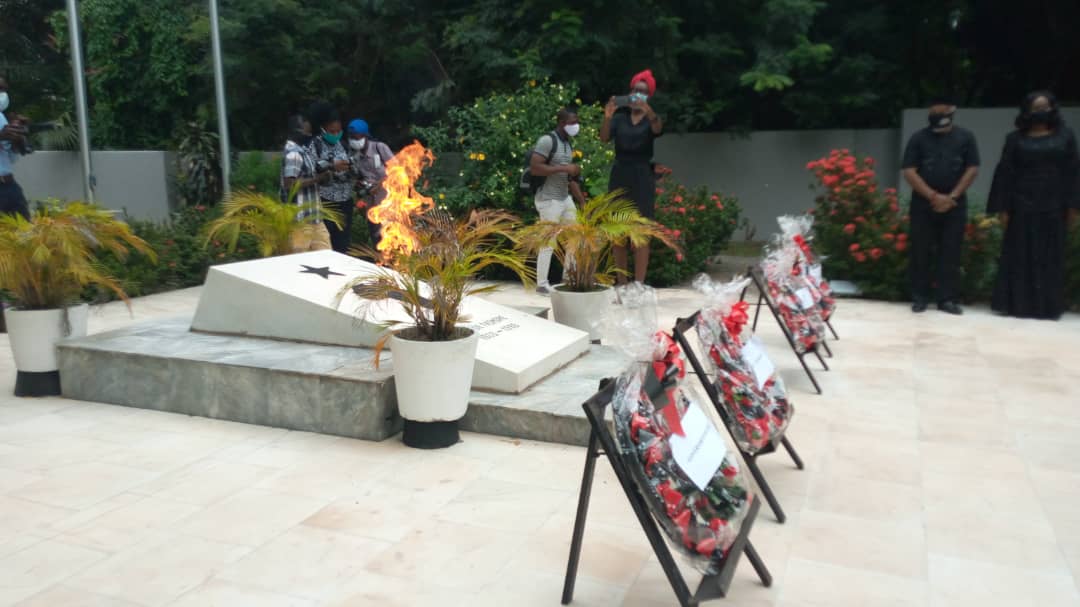 Four wreaths were laid at each location to honour the three men: from the government of Ghana, traditional authorities, the global African family and the youth of Africa.  Due to covid-19 measures in place, the number of attendees at each ceremony was limited and strict measures were adhered to when the wreaths were laid. 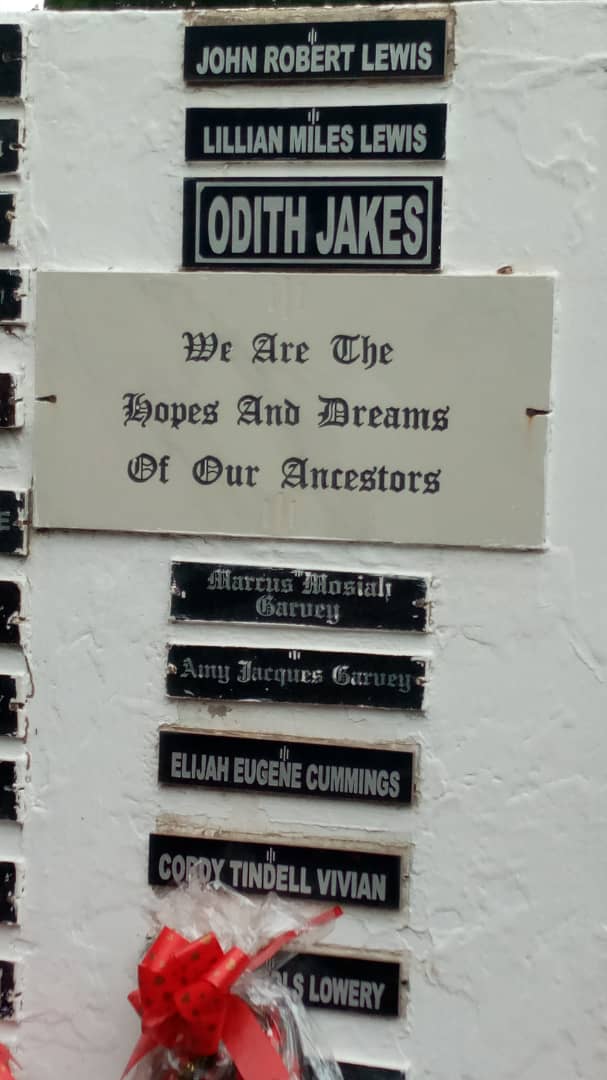 After the ceremony at the Dubois centre, a plaque honouring the late civil rights icon, John Robert Lewis was unveiled on the Sankofa Wall at the Diaspora African Forum.  Ambassador Bennett said that, “John Robert Lewis dedicated his life to the emancipation of black people around the world.”  The memorial wall has the names of people who have made an impact in the movement for black people on the continent and in the diaspora.  Bennett said that Lewis kept the spirit of Dr. Martin Luther King Jr. alive.  It was important to honour him.  The name of civil rights advocate, Congressman Elijah Cummings, who died last year was also added to the wall.

Prof. Sutherland-Addy spoke to how significant last year was during the Year of Return when people had travelled from all over the world and what a stark difference the energy was this year as the pandemic has limited our interactions.  She highlighted how the current climate of racial tensions have forced us to look at the systemic issues affecting black people around the world.   She said that during these times we must question the systems and do the things necessary to make us the owners of our own destiny.

August 4, 2020/93
Give Back Ghana Tree Planting for Emancipation Day