The newly constructed canopy walkway at Kintampo Waterfalls was commissioned by the president of the Republic of Ghana, H.E Nana Addo Dankwa Akufo–Addo on Monday, 15th April 2019 at Kintampo. 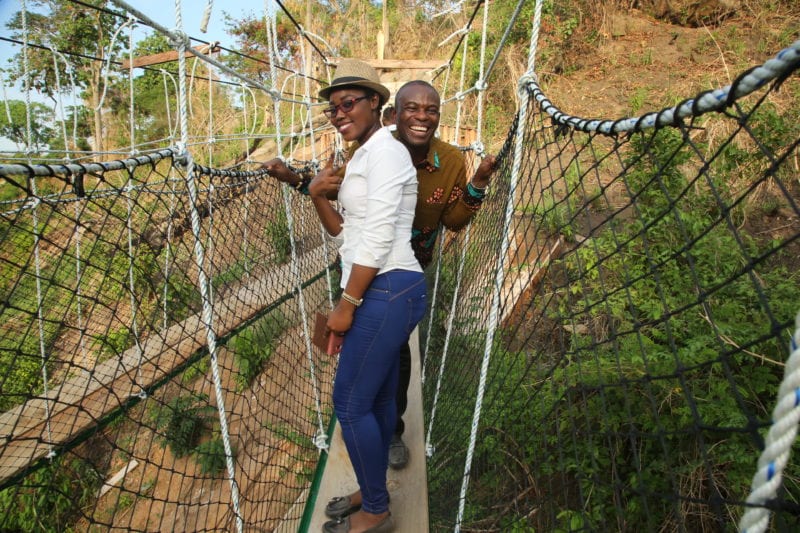 The canopy walkway was constructed through a collaborative effort of the Ghana Tourism Authority and a private developer, Bunso Arboretum Canopy Walkway LTD, with active support from the Traditional Authorities and the Municipal Assembly. 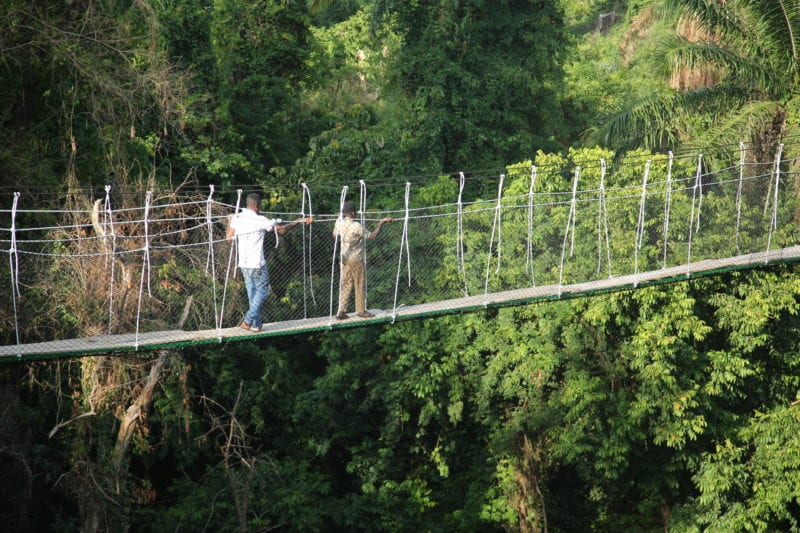 The walkway is constructed over a valley spanning 90 meters and 80 meters at two locations. It is made up of two cables which serve as the tread way with 3 high tensioned tendons which form the structural base for the platform. The platform is made up of angle bars braced together with a wooden plate forming the walkway area.

The structural calculation and design of the canopy walkway show that the bridge can accommodate a maximum load of twenty people, each weighing an average of 100kg. 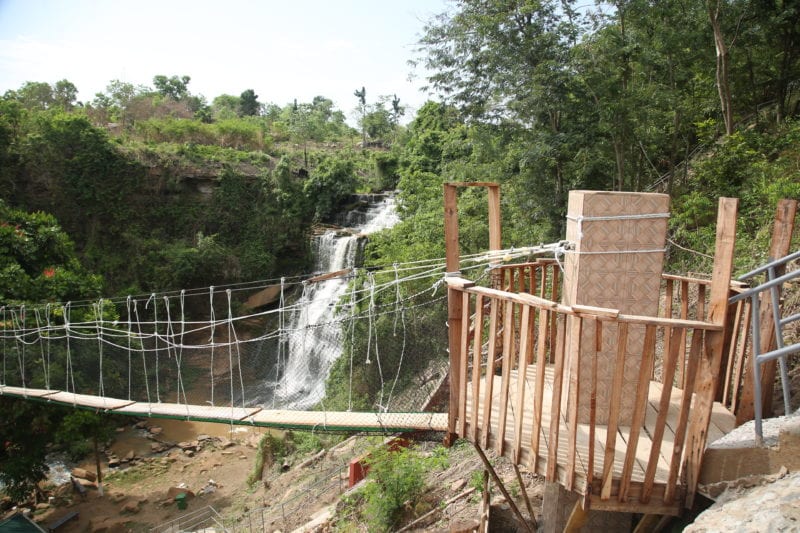 The new Kintampo Waterfalls site started its operation officially on 19th November 2017 after its closure to the general public after the unfortunate incident, which claimed 18 lives. The Ghana Tourism Authority with support from the Municipal Assembly and the Traditional Authority embarked on the redevelopment of the site to help prevent the similar incident and position Kintampo Waterfalls as a leading tourist attraction in Ghana.

May 8, 2020/86
Prudential Bank Donate PPEs To Players In The Tourism Industry

May 7, 2020/57
Tourism Minister announces a raft of measures to support hospitality industry
Near me
40