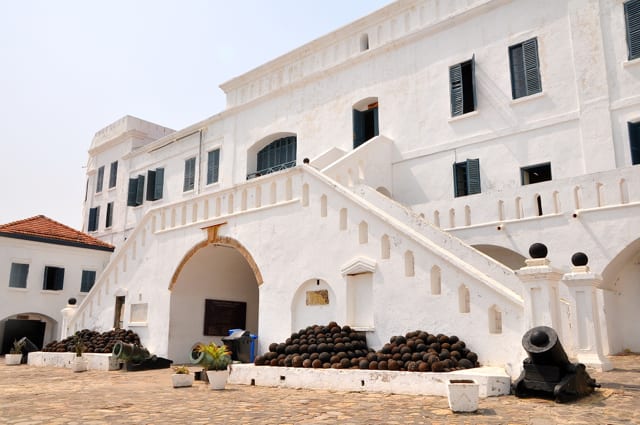 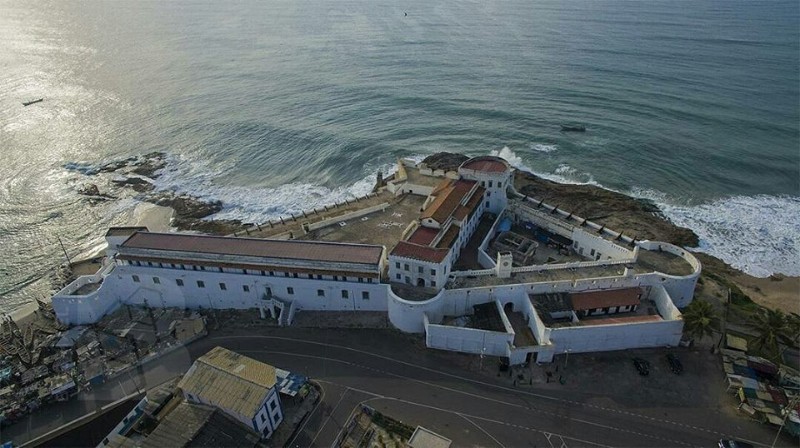 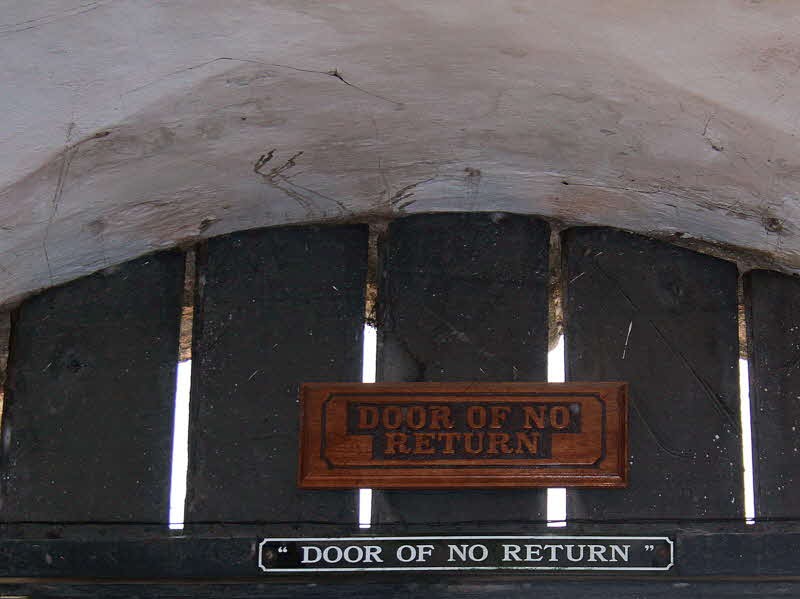 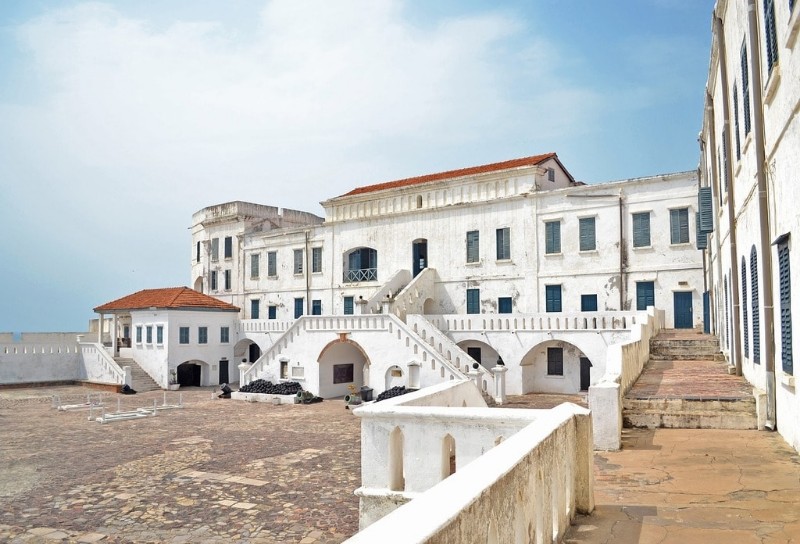 Cape Coast Castle is the largest of the buildings which contains the legacy of the trans-Atlantic slave trade and is a UNESCO World Heritage Site. Like most ancient fortifications in Ghana, Cape Coast Castle played a significant role in the gold and slave trades. But also, two significant contributions were made here: the arrival of Christianity, and the establishment of the first formal education system through Castle Schools.

A guided tour of the Cape Coast Castle will acquaint you with its many interesting features including Dalzel Tower, the slave dungeons, and the cannons and mortars used in the Castle’s defense. The West African Historical Museum is located inside Cape Coast Castle and contains a growing collection of art and cultural objects, including ceremonial drums, old muskets, shackles from the slave trade and ancient pottery. 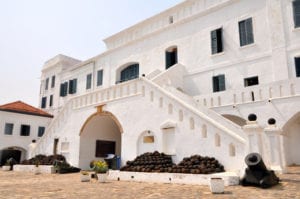 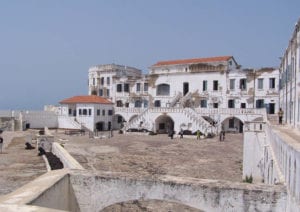 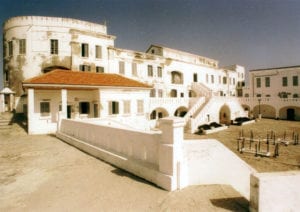 The best history tells us that the Dutch lost control of a fortification to Swedish adventurers in 1652, who name it Fort Carolusburg. Ownership changed numerous times, both among local peoples and various European powers, until finally, in 1664, after a four-day battle, the fort was captured by the British and re-named Cape Coast Castle. The Castle served as the seat of the British administration in the then Gold Coast (Ghana) until the administration was moved to Christianborg Castle in Accra on March 19,1877.

‘Cabo Corso,’ meaning ‘short cape’, is the name the Portuguese settled on for the local settlement within which its trade lodge was built in 1555. Its corruption to ‘Cape Coast’ is now the accepted name of the capital of the Central Region of Ghana. The Swedes, led by Krusenstjerna, however, were the initiators of the permanent structure presently known as Cape Coast Castle. They built a fort in 1653 and named it Carlousburg, after King Charles X of Sweden.

Its proximity to St. George’s Castle (Elmina Castle) and its sheltered beach were all forceful ‘pull factors’ for European nations to the Cape Coast. In addition, the immense viability of the area’s trade implied that the ensuing quest for control led to the Swedes having trouble holding on to their fort. It was captured in turn by the Danes and the local Fetu chief.

Dutch occupation commenced in 1660. Finally, the British fleet, led by Captain Holmes, conquered the fort in 1665 and by 1700, had upgraded it into a castle.

Colonial rivalry between England and France peaked in 1757 during the Seven Years’ War. A French naval squadron bombarded Cape Coast Castle, leaving it badly damaged, and after 1760, the English reconstructed the castle entirely – with more durable materials and an improved sea defence system.

The English retained control of the Castle into the late 19th century. The slave trade was principal until its ban in 1807 by the British, and it ‘is estimated that around 1700, the Royal African Company was exporting some 70,000 slaves per annum to the New World’ . After 1807, trade centred on precious metals, ivory, corn and pepper. In the eighteenth century, the castle’s role altered, as it became the centre of European education in Ghana.

The Cape Coast Castle has served as the West African headquarters of the president of the Committee of Merchants; the seat of the British governor; and a school.

Open to the public, it is currently a historical museum with a Ghanaian arts and crafts gift shop, and it is the regional headquarters of Ghana Museums and Monuments Board.

Entrance fees are as follows:

December 23, 2020, 2:00 pm
-
12:00 am
The biggest PanAfrican end of year party is here! In association with the Beyond The Return foundation and ticketsandinvite.com. Since Read more...
Previous
Next
Share This:
Change Location
To find awesome listings near you!