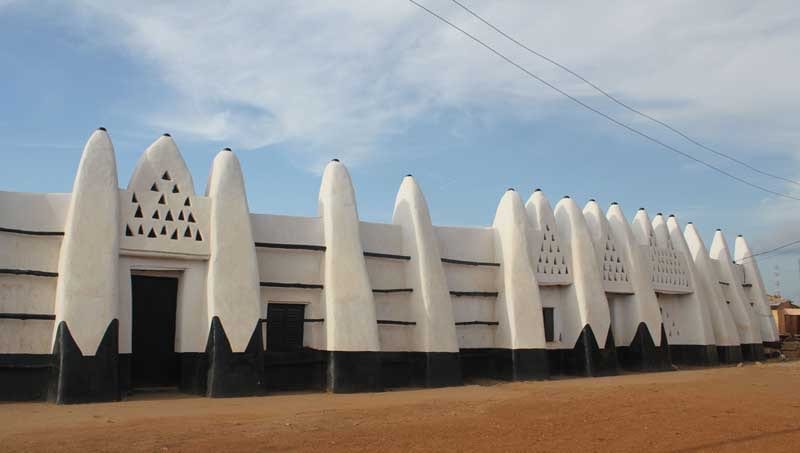 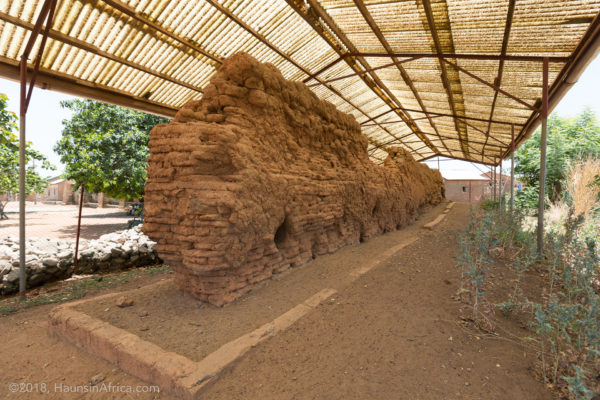 With a population of 600,000 and covering only three percent of Ghana’s total land area, the Upper West Region is one of the country’s smallest regions- yet contains some of its greatest tourist attractions, from slave trade sites and wildlife areas to captivating architecture.

The major routes of the trans-Sahara trade converged in this region and the influence of Islam is obvious in the towns. The regional capital, Wa, is dotted with mosques including the ancient Sudanese mosques at Nakore and Dondoli.

A fascinating story is told by the remnants of the Slave Defence Wall in the border town of Gwollu, 70 km north of Wa. One of many relics of the 300-year-long slave trade, the wall was built by Gwollu Koro Limann to defend local people against slave traders.

Ancient caves are another feature of the Upper West Region. The caves in Bulenga, Dahili and Sankana were places of refuge for people fleeing the slave raiders. Actual slave camps can be found at Pizaga and Dolbizon and a slave market at Kassana. The region is an excellent showcase for nature and wildlife. The Wechiau Hippopotamus Sanctuary is a unique community- based project and a haven for hippos, reptiles and birds. The sanctuary, located in the north-west corner of the Upper West Region, protects and preserves the wildlife and the environment of a 40 km stretch of the Black Volta River. The river is home to one of the two remaining hippopotamus populations in Ghana and has had marked success in providing tourists with a unique and unusual eco-travel experience. South-west of Wa, visitors can spend the night in the Hippo Hide Tree House and hear one of the finest dawn choruses in Africa.

Visitors can also tap into the culture of the region. As in the rest of Ghana, festivals are a way of life in the Upper West Region. On these merry occasions, local people and their chiefs dress in colourful smocks and hold durbars in the course of the celebrations. Most notable is the Paragbiele Festival, held by the Tumu people in the last week of January until the first day of February. There is a show of farm produce, together with music and dance, as a way of thanking God and the ancestors for their guidance over the farming season. Other festivals include the Willa, Zumbenti, Kakube and Kobine.

By contrast, the Dumba festival is held by the Wala people to usher in the New Year. There is a ritual to assess the physical fitness of the chief and whether he can continue to rule. During the event, the chief must jump over a tethered cow without any part of his body or clothes touching it. If the chief fails, it is a bad omen that he is weak and should no longer rule.

Local crafts are very much on display at the festivals but can also be seen in day-to-day surroundings. The Upper West Region is home to a variety of crafts that include spinning, weaving and smock designing as well pottery, blacksmithing and carving. Visitors can also see xylophone and other musical instruments being made.

The distinct style and architecture of the region are similar to that of Upper East. The main difference is that rooms in this region are mostly rectangular, while those in the Upper East are predominately round. The conventional village houses, built mainly of mud, are well adapted to the demanding climate.

The best way to reach the Upper West Region is to fly from Accra to Tamale and travel onwards by road using the state-operated bus.

Located 17 km south of Tumu, the Gbelle Game Reserve and a bird sanctuary for endangered species of wildlife within Ghana.

The reserve is also home to buffalo, hippo, elephant, buck and the country’s largest herds of roan antelope. Birdwatchers consider this an important habitat for indigenous and migratory birds.