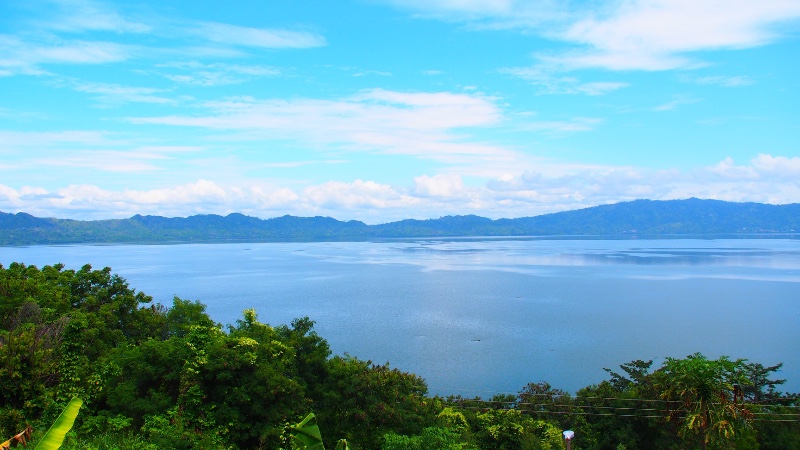 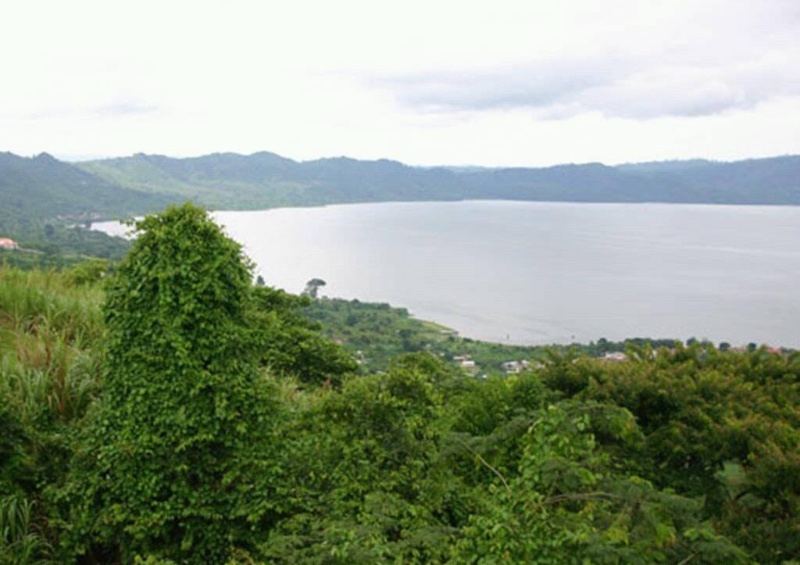 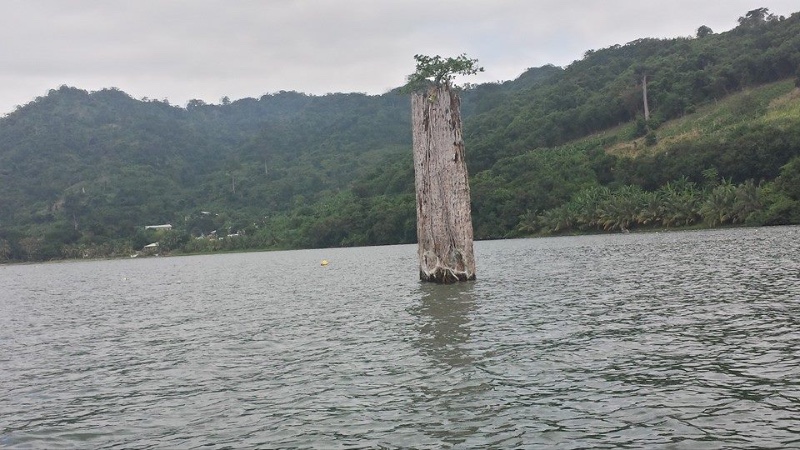 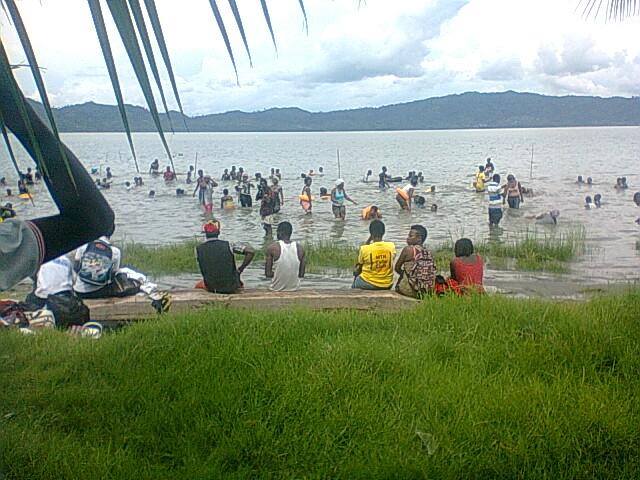 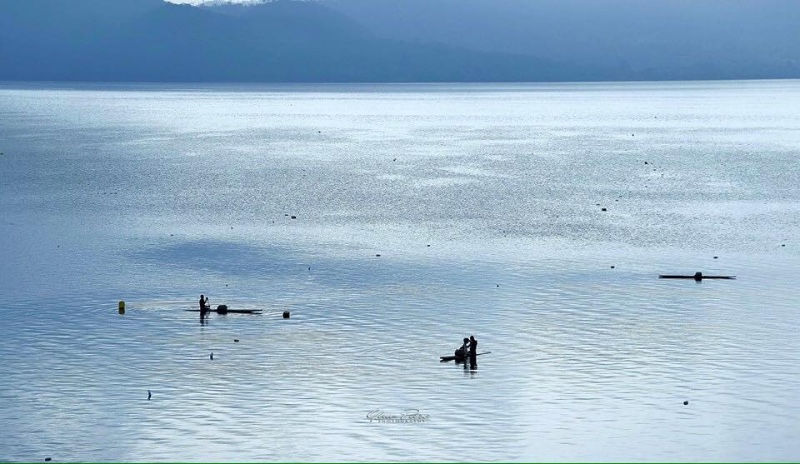 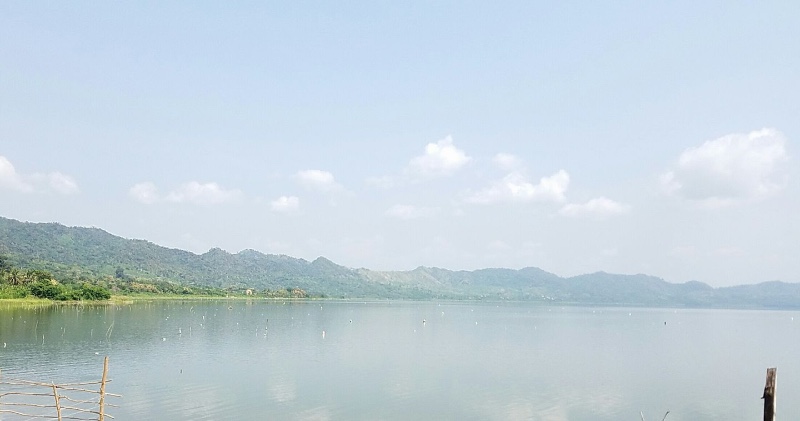 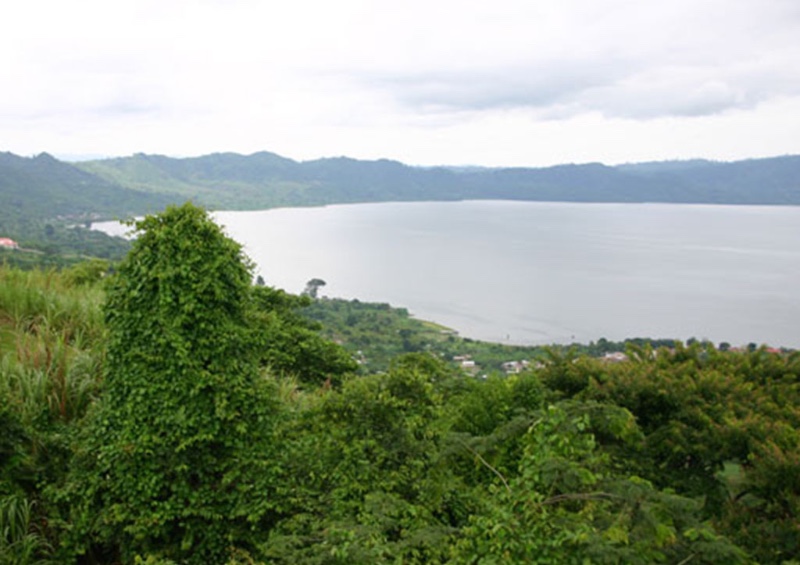 The only true inland lake in the country located in the Ashanti region. It is an awesome place to relax and enjoy nature. The lake has no surface outlet and was formed in a meteorite impact crater with an area of 19 square miles (49 square km) and a depth of 230–240 feet (70–73 metres), The lake is surrounded by lush mountains and fed by small streams that tumble down the crater’s steep sides (500–1,400 feet [150–425 metres] above water level).

Situated in the Ashanti region of Ghana, Lake Bosomtwe is one of six UNESCO designated biosphere reserve sites. It is one of three of such internationally recognized sites in the country – Bia in the Western, and Songhor in Greater Accra Region. 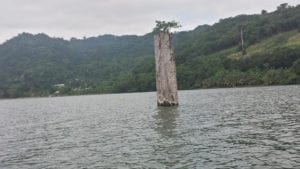 The southernmost section of the site overlaps the northern section of the Bosomtwe Range Forest Reserve creating a combination of forest, wetland and mountain ecosystems. The biosphere reserve sustains 35 tree species, including some used for timber. The site is also home to a great diversity of wildlife and a human population of over 50,000 inhabitants whose main economic activities are farming, fishing and tourism, as the lake is a major national tourist destination. The area is widely used for research, especially on climate change, as well as environmental education for schools and universities.

Bosomtwe is a circular lake, caused by a meteor impact a million years ago. The sides rise steeply, covered with trees and bush. There are various settlements around, mainly fishing and farming villages but also some places to stay. Lake Bosumtwi also sometimes spelled Bosomtwe, is a lake formed by an ancient meteorite strike in the Ashanti Region.

Oral tradition has it that the lake was formed in 1648 when a hunter pursuing and antelope shot and injured the antelope “Otwe” – in the Twi dialect. The antelope however continued its run until it disappeared in a small pond ahead. The said hunter by name Akora Bompe in shock decided to stay beside the pond and never returned to his town of Asamang. He then named the place “Bosomtwe” which in English translates “antelope god.” He believed that the water was a god and saved the life of the antelope.

Each village in the lake area has its own shrine or fetish grove. With the arrival of Christianity, some of the people lost their belief in those traditions, but nonetheless, many still worship these gods for help in bad times or against diseases.

Currently, there are about 23,000 people living in the 27 lake communities. Each village around the lake area has its own shrine with many visiting to look for spiritual help.

There is a stone at the lake side called Abrodwum Stone and believed to be the spiritual centre of the lake. Usually, whenever there is poor yield, it is considered a bad omen, thus sacrifices would have to be made.

This deed is undertaken in the presence of the Asantehene. In the ceremony, the cow’s innards are offered to the stone and the rest thrown into the water. It is a spectacular sight to see the crowd rush into the water with cutlasses and axes to take their share of the meat.

Considering the above belief, Lake Bosomtwi is held sacred by Ashanti traditionalists, though the finer details of its exalted status are rather elusive. Some claim that Bosomtwi is where a deity called “Twi” resides.

Others believe that it is visited by the souls of the departed on their passage to eternity. It is also the sacred water body of the Bosomtwi; one of five divisions in the matrilineal Nton system which the Asante and other Akans believe passes a father’s attributes to his children.

In former times, it was a taboo to touch the water with iron things, so the people never used conventional boats. Till date they move on the lake using the “padua”, a wooden plank that needs a lot of skill to be handled in the right way.

It must be admitted that it is not clear whether the crater in which Bosomtwi lies is volcanic in origin, was formed by a meteorite or a small pond. Either way, the lake is a beautiful spot, encircled by mountainous, thickly vegetated crater walls rising several altitudes. This presents ample opportunities for walking, birding, fishing, hiking and canoeing. 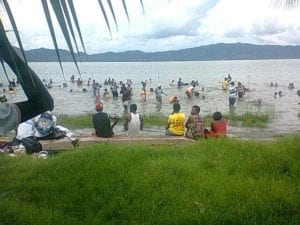 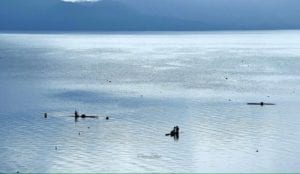 There is an information centre, where you can find out about the lake and conservation efforts, and also arrange for a boat trip on the lake. If you are lucky someone will open a coconut or two for you for a few cedis.

It is possible to take boat rides on the lake, swim, and hike around. The various communities around the lake are very welcoming. There are also some great hikes up into the hills, and the sacred areas around villages.

There is a tarred road that gives access to the lake from the direction of Kumasi, it rises in elevation over the rim around the lake and down into the lake ending at the first village Abono. There is a small fee to be paid at a community mounted entry point.

It is seen as taboo to use a regular dugout canoe or for metal or iron to touch the lake surface (i.e. modern boats, even though there are a couple that traverse the lake), because of this a very different type of boat is used by the fisherman in the lake, it is a large plank of wood that they sit on top of and use their hands, or plates in their hands to propel themselves.