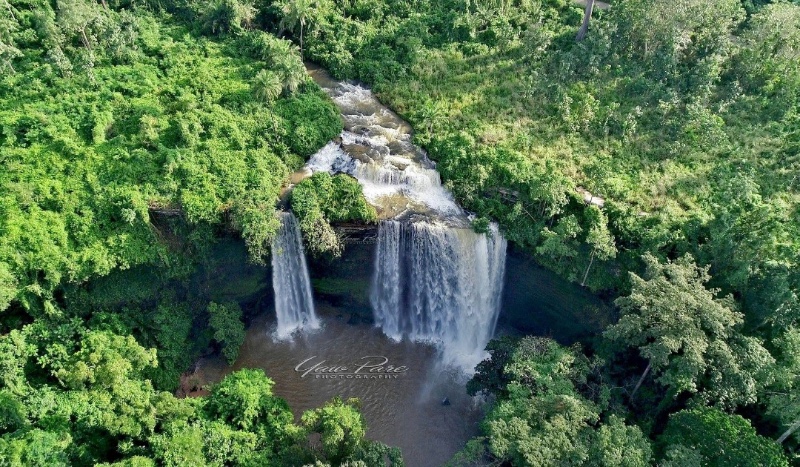 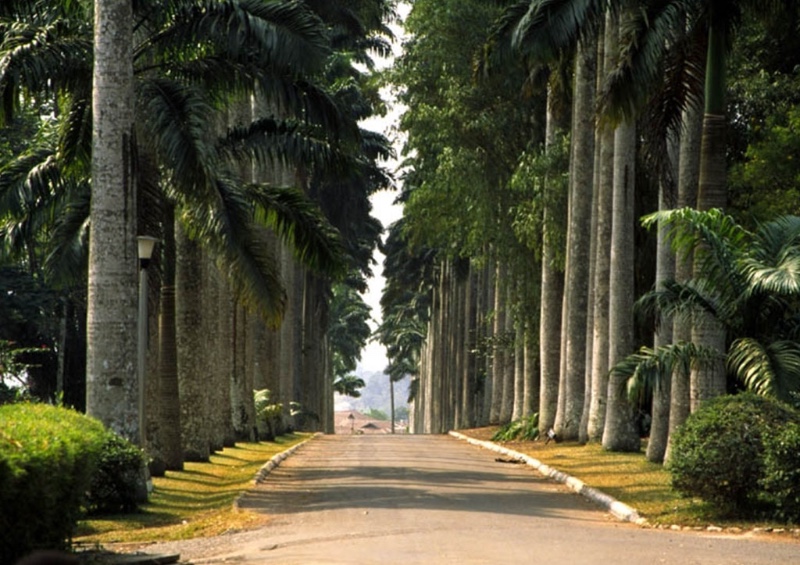 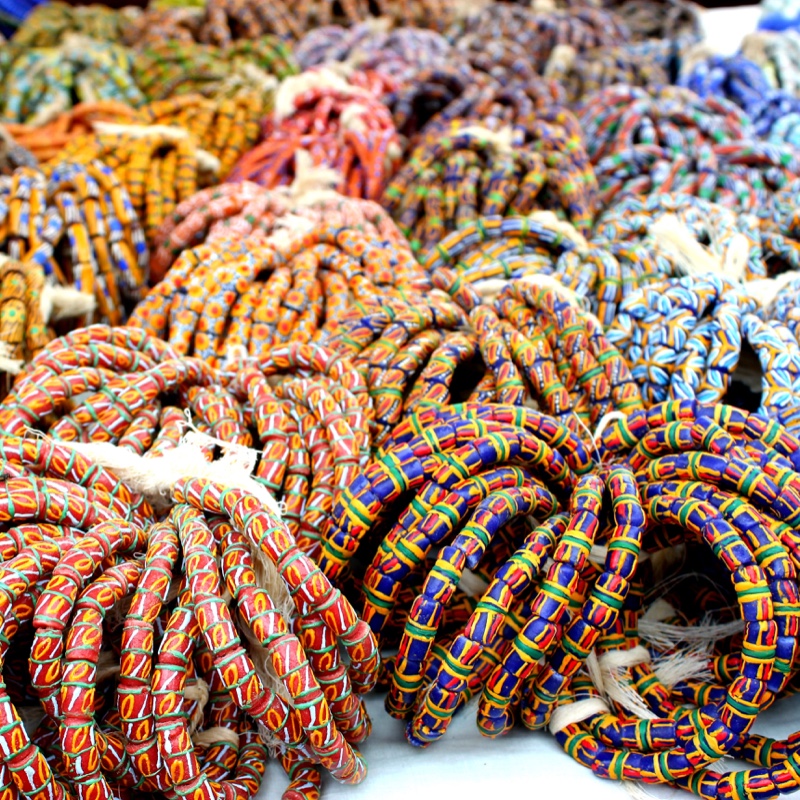 The Eastern Region of Ghana is a rich blend of dramatic landscape, historical relics and traditional cultures. Although it is close to Accra, the capital town of Ghana, the two neighbours are in stark contrast. The ancient atmosphere of the Eastern Region blends effortlessly with a the 21st century.

The region is full of the nation’s history. The birthplace of (Ghana’s) famous cocoa industry (is) found at Mampong – Akwapim, where (the country’s) (first-ever) cocoa farm was established by Tetteh Quarshie (with) seeds originally brought from Fernando Po Island. From this small beginning grew one of the country’s main industries. Those with a particular interest in cocoa, could visit the Cocoa Research Institute of Ghana (CRIG) and its arboretums at New Tafo.

The historical villages and towns speak of the rich culture in the east of Ghana. Sightseers (are encouraged to) take the opportunity to visit (historical places such as the original Presbyterian School buildings in Akropong and the house of Tetteh Quarshie (originally introduced cocoa crops to Ghana) in Mampong.

In addition to Akropong and Mampong, with their which have many historical buildings, there is the Regional capital, Koforidua, a pleasant traditional town with comfortable hotels and a busy market.

The Krobo Mountains and the Akwapim Ridge overlook a beautiful stretch of the countryside with opportunities for long walks and hikes. The Eastern Region is famous for its tropical forests and cascading waterfalls. The spectacular Boti Falls in the forest reserve at Huhunya, are best visited between June and August. The Begoro Waterfalls, surrounded by attractive woodland and forest, is the ideal place for a picturesque picnic.

Many visitors are drawn to the botanical gardens at Aburi which opened in 1890. Just an hour’s drive from Accra, the garden contains a rich collection of tropical flora that attracts scores of special birds and butterflies. This venture site with its tranquil paths has always been a popular excursion for Ghana’s city dwellers. Also worth visiting is the forest of Atewa (Atiwa)-Atwirebu, 10 km north of Kibi, which is home to hundreds of birds and butterflies.

The eastern area of Ghana is dominated by one of the world’s largest man-made lakes (Lake Volta) and great engineering achievements. The lake was created by the construction of the Akosombo Dam, a major source of hydroelectric power. Lake Volta offers splendid opportunities for cruising and excursions, while a weekend trip to Dodi Island is recommended. Fishermen can also enjoy sport fishing for tilapia, perch, and other varieties in the lake.

The beautiful Kwahu Scarp-it is breath-taking in beauty and is home to the Kwahu people. On top of the scarp are a well planned, picturesque communities with beautiful homes. Further north of the scarp is the Afram Plains, a traditional zone of wooded savannah land. The River Volta is at its broadest  there, providing opportunities for boating and angling. Trips to Digya National Park are also possible.

The languages widely spoken in the Eastern Region of Ghana are Twi, Krobo, and Anum.

Bunso Arboretum is a protected forest reserve spanning about 1.6 hectares half of which is made up of a semi -deciduous forest and the other half made up of indigenous trees as well as fruit trees, nuts and timber trees. The unit is home to over 110 species of birds as well as a herb garden and a canopy walkway.

Established in 1944 at Tafo, 24 kilometers from Koforidua, CRIG formerly known as the West African Cocoa Research Institute of Ghana (WACRI) offers visitors a guided tour of model and experimental cocoa farms which offers education into the processes of cocoa production and cocoa products. It also provides recreational facilities to include:

This was the first cocoa farm cultivated from cocoa seeds brought from Fernando Po Island by the Legendary Tetteh Quarshie. The Cocoa seeds were planted on a farm at Mampong – Akwapim in the Eastern region. Other cocoa farms were later established which has given birth to a vibrant cocoa industry in the country. It is believed that a few of the original first trees planted by Tetteh Quarshie can still be found on the farm. Relics and important artifacts used by Tetteh Quarshie is also on display at a museum which is situated on the farm.

Tini Waterfall is located in a lush ever green forest about 6km from Adasawase; a farming community located about 6km from Anyinam off the Accra-Kumasi highway in the Atiwa District of the Eastern region. The attraction consists of a spectacular cascading waterfall over a giant rock formation and an ancient cave.

Boti Waterfall is a seasonal waterfall which is located at Huhunya in the Yilo Krobo Municipality. It has a height of about 30 meters with a maximum speed of about 5km per second. The waterfall is at its peak usually between June to August. The attraction is complemented by a fascinating umbrella rock and the three-in-one palm tree situated a few metres from the fall.

This event was introduced in 2005 on the Odweanoma at Atibie Kwahu in the Kwahu South District of the Eastern Region which usually coincides with the Easter celebrations of the people of kwahu. It is the first of its kind in Sub-Saharan Africa and 3rd in Africa after Kenya and South Africa. The festival attracts people from all walks of life. The adventurous sporting event has its launch pad (take off point) at the Odweanoma Mountains which is also host to a receptive facility and other adventurous attractions such as an ancient cave.

Akosombo Dam also known as the Akosombo Hydroelectric Project is a hydroelectric dam on the Volta River. The dam is located in the Akosombo gorge and is part of the Volta River. Lake Volta is the largest man-made lake in the world. It covers 8,502 square kilometers (3,283 sq. mi) which is 3.6% of Ghana’s land area. The dam is 132 metres high from its foundation and 660 metres long. It has created a reservoir of water of about 780-kilometre square surface area with a total storage capacity of 148 metres. The Dam over the years has been a major destination for educational tourism and the main source of hydroelectric power for the country.

The Aburi Botanical Garden is located at Aburi in the Akwapim South District of the Eastern Region and about 28km from the capital – Accra. The garden can be used as a place of convalesce and has both flora and fauna.

The entrance of the garden is adorned with beautiful Royal Palm trees. The attraction has a wide variety of traditional, medicinal plants as well as a silk cotton tree (Ceiba pentrandra), the sole survivor of the original forest that once covered the Aburi hills.