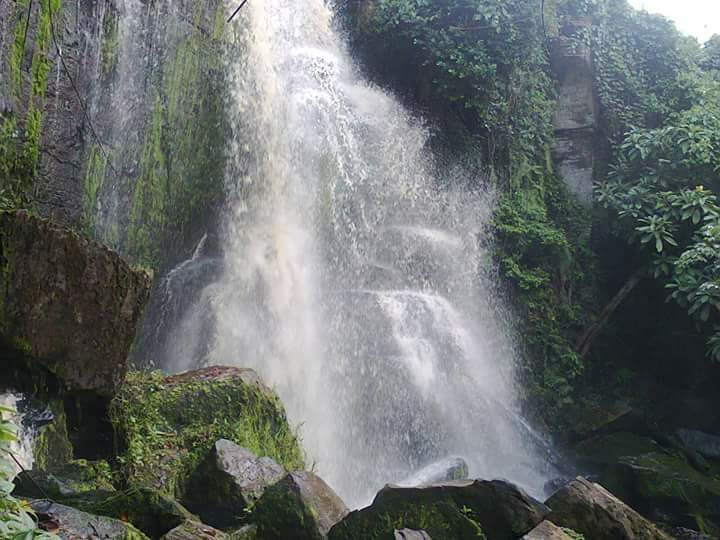 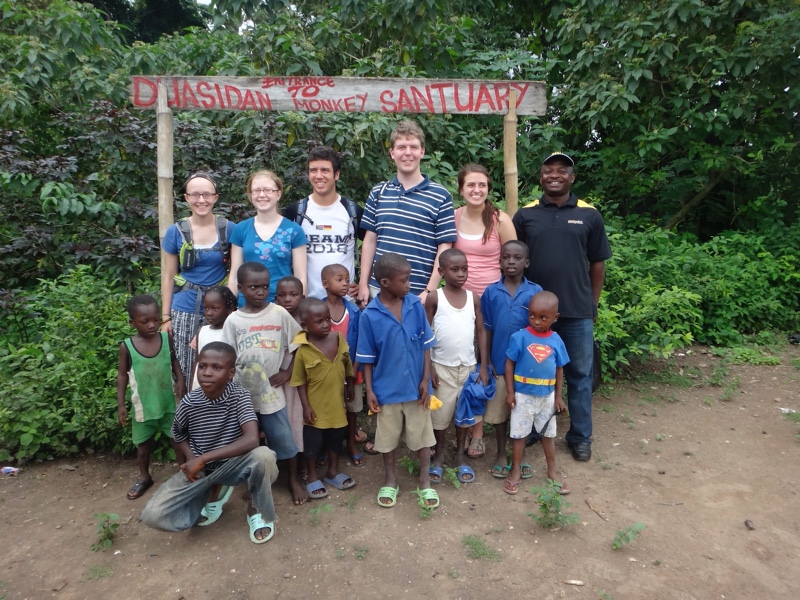 The Bono region is one of the 16 administrative regions of Ghana. It was carved out of the former Brong Ahafo Region. Bono regional capital is Sunyani which prides itself as the cleanest capital city and major conference destination. Bono region shares a border at the North with Savannah Region, bordered on the West by Cote d’Ivoire International border, on the East by Bono East, and on the South by Ahafo Region. It has a population of about 1,082,520.

Wedged between the mountains of the Nchiraa Settlement, the Nchiraa waterfalls is located 30 kilometres North of Wenchi. The tourist is offered a hiking adventure on a rocky and challenging footpath that leads to the waterfalls. The existence of other natural and cultural tourism within 10 kilometers radius makes the tour package exhilarating. These includes the Wurobo Ancestral Caves which is located about 8 kilometers from Nchiraa Settlement. The caves are believed to be the original dwelling place of the people of Nchiraa.

Duasidan Monkey Sanctuary is located 10 kilometers Southwest of Dormaa Ahenkro. This sanctuary hosts a rare breed of Mona monkeys. The tourist is welcomed by the presence of these monkeys as you enter their forest-like abode. Bamboo trees form a canopy in the middle of the forest, which serves as a resting grounds for visitors. Monkeys can be seen swinging up and down tree branches and peeling bananas left out for them. It is quite a remarkable sight as the visitors get the chance to see how monkeys carry their babies on the move.

A park that covers 1,821 kilometers square and covers part of the Black Volta River, the Bui National Park is endowed with several species of antelopes and a variety of birds. It is also known for its hippopotamus population. The tourist can take a cruise on the Black Volta River through the National Park. The Bui Dam is located at the base of the Banda Mountains, the dam was built to improve Ghana’s energy requirements.

One of the few archaeological sites in Ghana, the Hani archaeological site is located at Wenchi. Visitors can access the site of digging and the settlement of the Begho people, some of its artifacts and relics from 12th-century civilization can be found in the chiefs palace.

Located at Nwoase near Wenchi, is the ostrich farm. The ostrich is known to be the largest living bird. It has a long neck, long legs and two toes on each foot. Tourists can make a stop at the farm to see one of nature’s wonders as the ostrich can reach a height of 2.75 meters.

This mausoleum was built in memory of the late Professor K.A.Busia. A Prime Minister of the 2ndRepublic of Ghana. Located at the Wenchi-Nsawkaw road about 400 meters from the Centre of Wenchi town. The Busia Mausoleum displays some artifacts and personal items used by Dr. Busia. It also takes the tourist back to ancient times when such items were used.

There are several cultural practices and festivals within the region, Kwafie celebrated by the Dormaa, Berekum and Nsoatre people in November, December or January. It is celebrated to clean and feed the stool and gods respectively. It is climaxed with a large bonfire in the palace courtyard. It is believed that the people of Dormaa Ahenkro (Aduana) brought fire to Ghana and hence this legend is symbolically re-enacted. The people of Suma celebrate Akwantukese in March.