Assin Manso Ancestral Slave River Park was one of the largest slave markets for gathering people to sell into slavery during the infamous trans-Atlantic slave trade. It is especially worth seeing as a prelude to viewing Cape Coast slave castle since you will be following the route taken by the ancestors of many African Americans.

It was the final link in the slavery route from northern Ghana and was known to have been the largest slave market for the merchant supplying slaves on the forts and castles on the coast.
Trans – Atlantic slave trade came about when people were needed to work on agricultural and mines since the Europeans are not suitable to the climate and not able to survive the tropical disease during the agricultural and mines work. Trans – Atlantic slave trade because, already manufactured goods (tobacco, spirits, beads, cloths, guns etc.) were taken from Europe to Africa in exchange of human beings. Then the exchanged goods (human beings) are shipped to work on plantations and mines. The merchants then return to Europe with the produce from the slave’s labor plantations (cloths, sugar, tobacco, etc.). The transport of the slaves from Africa to America forms the middle passage of the triangular trade.

Assin Manso served as the place where slaves had their last bath on their journey. It also has the site where the returned remains of 2 diasporans (Lady Crystal from Jamaica and Carson from New York) were re-buried. The Emancipation day durbar together with the visit to the slave river as well as laying of wreaths at the graves of returnees are thus held annually on August 1 to commemorate and climax the celebrations. 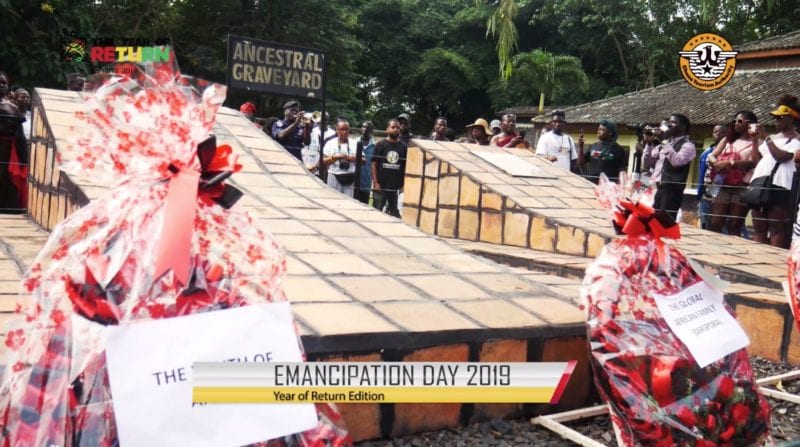 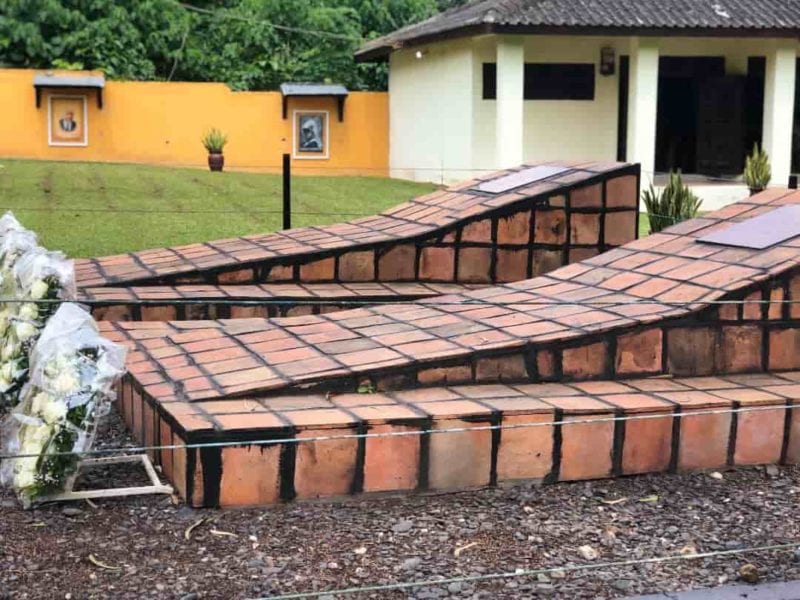 The Memorial Wall of Return is where most Africans write their names on the wall indicating they have found their root. There was an epitaph which pays tribute to some prominent people who were involved in slavery. Captured Africans were forced to trek barefoot, through the harsh bush and over rough terrain for sometimes hundreds of miles headed to the Gold Coast Dungeon. They suffered abuse, were starved and beaten into compliance by the hired drivers of the slave merchant. They were often attacked by wild animals, but unable to fight or run because they remained shackled and chained. Many lives and spirits were lost along this hazardous journey. 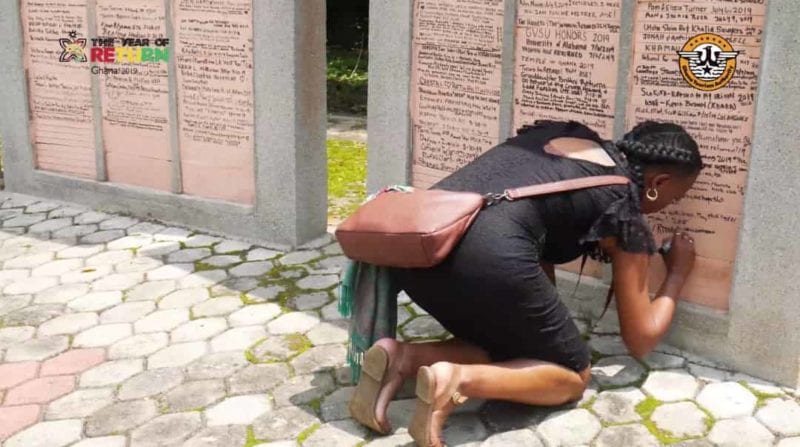 On the way to the coastal dungeon, the slave merchants stopped at the DONKOR NSUO, ”the slave river”, in Assin Manso. Captured Africans were allowed to recuperate there after their long journey. Here, they were well fed and rested for several days or weeks. The merchants knew they could guarantee higher prices if they appeared healthy and strong. DONKO NSUO is where the captives would take their last bath in waters of their native land. The Portuguese began the inhumane practice of branding. They would use a red, hot branding iron to burn an identifying nark onto the skin of captives. The burns mark would leave a scar on the shoulder, the breast or the upper arm to show ownership. Other times branding was used to show that proper duty had been paid. When it was time to leave, they were sorted, leaving the weak ones behind chained trees, where the unthinkable happened. The stronger captives continued walking for approximately 40 miles to Cape Coast Castle, still shacked and chained. 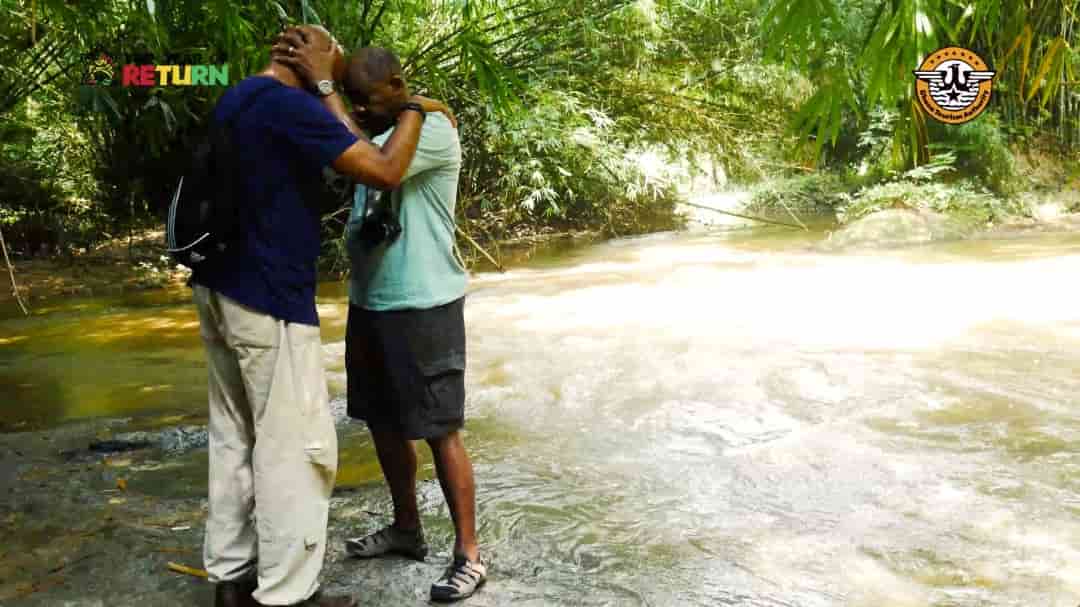 Assin Manso is a town in the Central Region of Ghana. It is located 40 kilometers along the Cape Coast Kumasi highway (Yamransa junction).