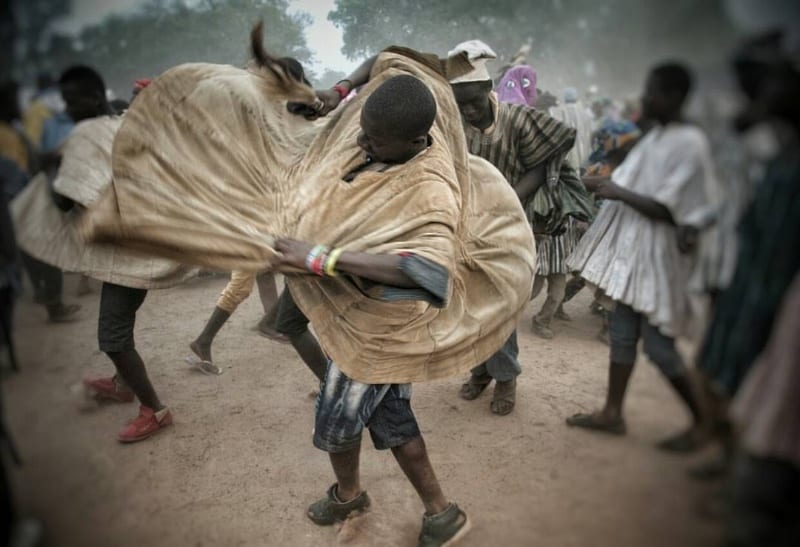 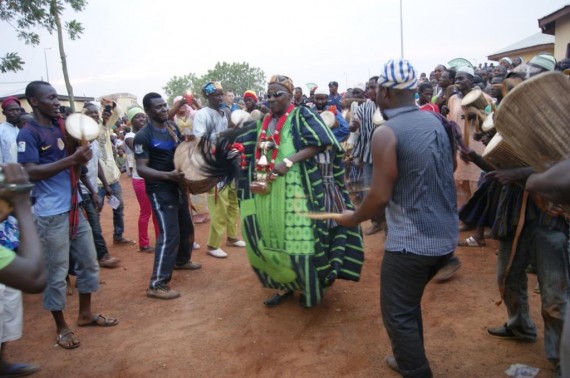 The Damba festival is categorized into three main festivals, namely: Somo Damba, Naa Damba and Belkusi Damba. it is celebrated under the lunar calendar by the people of Dagbon, Mamprugu, Gonja and Nanumba of Nothern Region.

The significance of the festival is to commemorate the birthday of the Holy Prophet of Islam, Mohammed, but the actual content of the celebration is a glorification of the chieftaincy. Damba festival is in effect a thanksgiving festival and a time for families to meet, and socialize. It is also for auditing and evaluating the past and planning for the future. This is the period the Dagbamba who reside outside Dagbon travel home for the festivities.

Activities include prayers and fasting and procession of people on horseback, exchanging of gifts, shooting of muskets and display of warrior dance amidst drumming and dancing.

For the first ten days or nights after the appearance of the new crescent moon of Damba month (on the Dagbon calendar), young people gather at the chief’s palace for dance rehearsals. They are called to the palace by the beating of drums every night.

This is an opportunity for young people to practice their dance forms from the elders. During this time, women may also gather to sing praises to the chiefs for their exploits, enticement and bravery at the palace for ten nights.

On the 11th day of Damba, the second part of the festival takes place. In the morning, the Muslim chiefs and their disciples come to the palace where a bull is slaughtered according to Islamic ritual. Those present form a circle around the bull and walk or jump over it three times. During this exercise verses of the Holy Quran are recited. The bull is slaughtered and the meat is distributed for feasting.

The Chief does not appear in the morning. However, the ceremonies are directed by a state elder in charge of Damba festival/festivities (Somo Damba) for this day. Late in the afternoon, people gather at the palace in response to drumming.  The chief (King/Ya-Naa) is led out by his elders after a sizable crowd has gathered. He walks very slowly as the musketeers fire their weapons while praise singers sing appellations. The chief sits on a pile of animal skin covered with beautiful oriented rugs also known as skins in Dagbon.

Everyone must approach the chief for permission to dance while the chief provides money for the drummers and gonje (stringed musical instrument) players. Once someone is on the dance floor, the audience donates or shower money and calculated praises at the dancers and musicians.

The Chief is the last to dance and he exists in the same manner as he entered thus bringing to an end the activities for the evening on the 11th day of Damba. On the 17th day, the Naa (chiefs Damba) is celebrated. It is the most important of the festival days characterized by dancing and chiefly processions like that of the evening.

Everyone tries to make it grand in Naa Damba, which includes feasting and acts of homage and excitement. It is also celebrated like that of the 11th with rice picking in the morning and dance in the evening. The 18th day is the farewell Damba, which is known as Belkusi. The highest ranking sub chief will lead other low sectional chiefs and elders to thank the sectional chiefs leading to the climax where the people, chiefs and others assemble at the palace of the Yaa Naa or chief of the town.

They will move from house to house to greet the sectional chiefs and mobilize the people on issues such as peace, development, fund raising and resource mobilization among others. Politicians, NGOs, Companies and wealthy individuals are approached for support.

At the durbar grounds, most of the chiefs and the affluent in society ride on horses to display their culture, values, and heritage for admiration, tourism, education and advocacy. They display horse riding and dance skills while the farewell and thanksgiving continue into the night. Balogu, chief of Yendi is the last to be thanked while Zohi Naa is the first to be thanked.