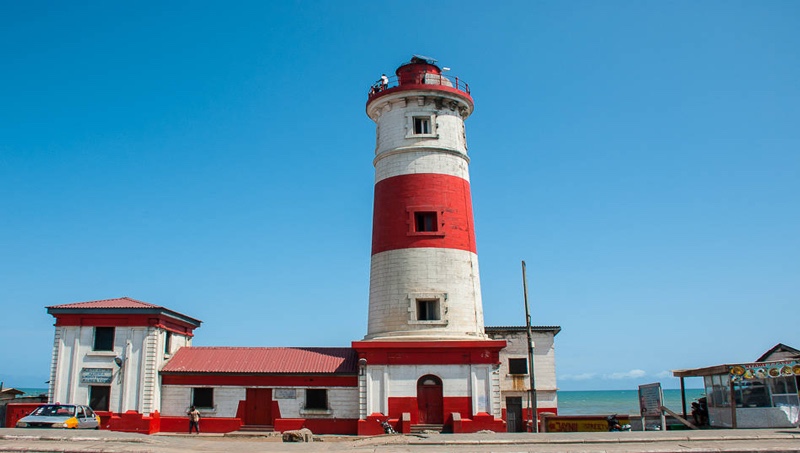 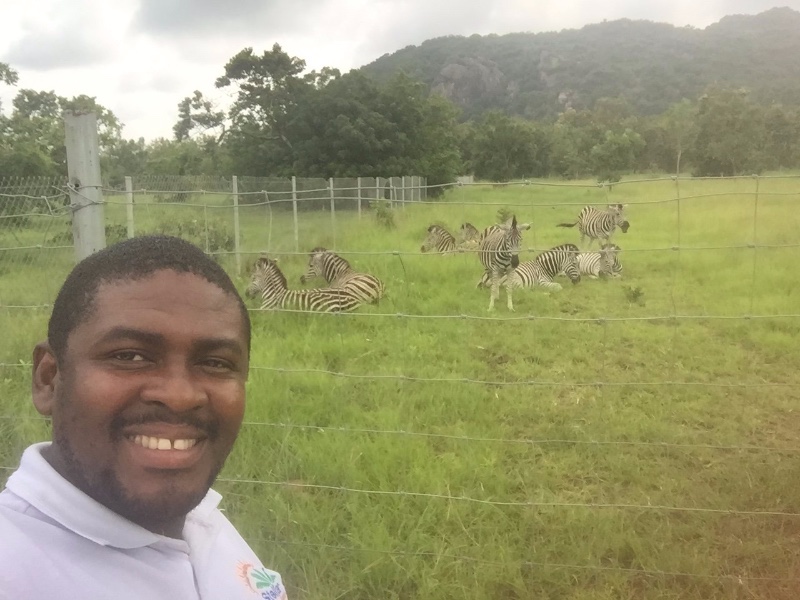 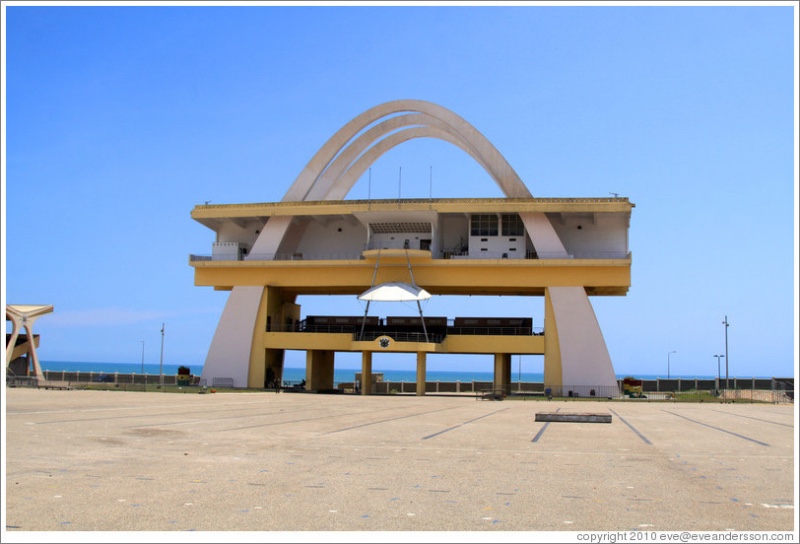 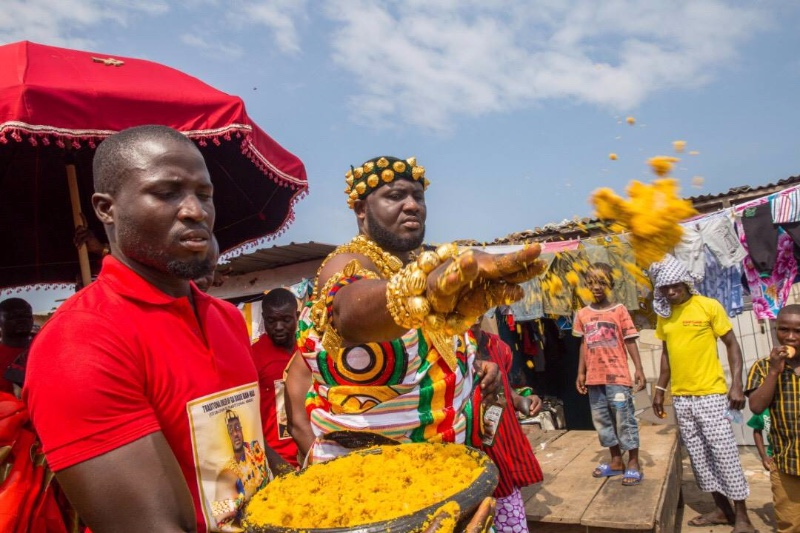 Although it’s the smallest region in terms of size, Greater Accra is the country’s second most densely populated region, with some 3 million inhabitants. The region is made up of two metropolitan areas, Accra and Tema.

Tema is a bustling new city, 25km east of Accra, built on the site of a small fishing village. Known locally as Harbour Town, it is home to Ghana’s number one commercial seaport and a large fishing fleet. Its modern industrial zone has become one of the region’s main commercial hubs with an oil refinery, highways and numerous factories.

For those looking to explore Ghana, the natural starting point is the capital, one of the safest cities in Africa, brimming with interest and easy to get around. Accra has been Ghana’s capital since 1877 and contains impressive public buildings that reflect its transition from a 19thcentury suburb of Victoriaborg to the metropolis of today. Spread along the Atlantic coast and the Gulf of Guinea, present-day Accra is well endowed with luxury and good-value hotels, modern commercial areas and shops as well as excellent restaurants, bars and nightclubs. In addition, there are fascinating museums, notable public monuments and busy markets to be explored in old Accra. Whenever you are in an energetic city, there is always something to see and do.

Architecture spanning several centuries can be found in the city’s older quarters, Ushertown and Jamestown, where landmarks such as 17thcentury Osu Castel, the Jamestown Lighthouse and the lively fish market are well worth a visit.

One of the city’s highlights is the National Museum on Barnes Road. The museum is run by the Ghana Museums and Monuments Board and contains a fascinating collection of treasures and exhibits that reflect Ghana’s prehistoric heritage. The Accra Arts Centre takes visitors back in time with its warren of traditional arts and crafts stalls. Some visitors may want to keep their cedis in their pocket because of the aggressive level of haggling; but, with patience and diligence, they can come away from the textile market with good quality handicrafts from all over Ghana.

The Makola Market on Kojo Thompson Road is among the most famous in Ghana, while the unique Osu Night Market is lit by hundreds of lanterns and candles. For those who prefer a modern and peaceful atmosphere, the distinctive National Theatre is an important centre for the performing arts.

Another ‘must see’ in old Accra is Independence Square, the second largest city square in the world and a venue for national festivals and celebrations including Independence Day. The site is dominated by the Independence Arch and the Black Star Monument, a memorial to those who lost their lives fighting for Ghanaian Independence.

Visitors interested in Ghana’s history should make their way to the Kwame Nkrumah Memorial Park and Mausoleum, dedicated to the nation’s first president, a famous Pan-Africanist.

For something, a little different, Accra Zoo has a small but fascinating collection of indigenous birds and animals including lions, elephants and monkeys. The zoo is now part of the ongoing conservation programme.

The beaches of the sparkling Atlantic Ocean coast are popular with tourists and Ghanaians alike. West of Africa, the beaches of La Pleasure, Bojo, Kokrobite and Sankofa, offering an array of restaurants and bars, are particularly popular at weekends. Kokrobite is also home to the Academy of Africans Music and Arts.

There are several beaches between Accra and Tema, including Prampran, but beach fanatics are advised to travel a little further to the coastal town of Ada. The Ada Foah and Paradise beaches can be found 120 km from Accra, where the Volta River meets the ocean. Here, the fine beaches of both the river estuary and the Atlantic provide exceptional resort areas. With water sports and river trips, this is a great area in which to relax, while the waters off the coast are teeming with game fish.

For those interested in the culture and customs of Ghanaian society, a visit to the Accra suburb of Teshie-Nungua is a ‘must’. Here, local artists have made coffins in the shapes of car, aeroplanes and even animals that are now regarded as works of sculpture. Historically, a local fisherman would be transported to the next world in a fish-shaped coffin. Something that began as a special tribute to an uncle has turned into a lucrative business for traditional coffin-makers in the area as the coffins have become collector’s items.

The Greater Accra Region is perfect for tourists seeking a busy and wild Ghanaian experience. With its streets full of hustle and bustle, Accra is truly Ghana’s version of the city that never sleeps.

Shai Hills Resource Reserve is the nearest wildlife reserve to Accra, located in the Shai Hills, 50 km from the capital.

This conservation area, consisting of 52 sq km of savanna, is part of Ghana’s commitment to the preservation of its natural heritage and wildlife. It is home to 175 species of birds, 31 mammal species and 13 species of reptiles.

Close to the reserve are the Se Yo and Obonu Tem caves, located in a range of spectacular rocky hills in the middle of a big area of open plains and wooded grasslands. In parts of the reserve, visitors can see vestiges of the former Shai community, whose people were forced out by rulers over a century ago.