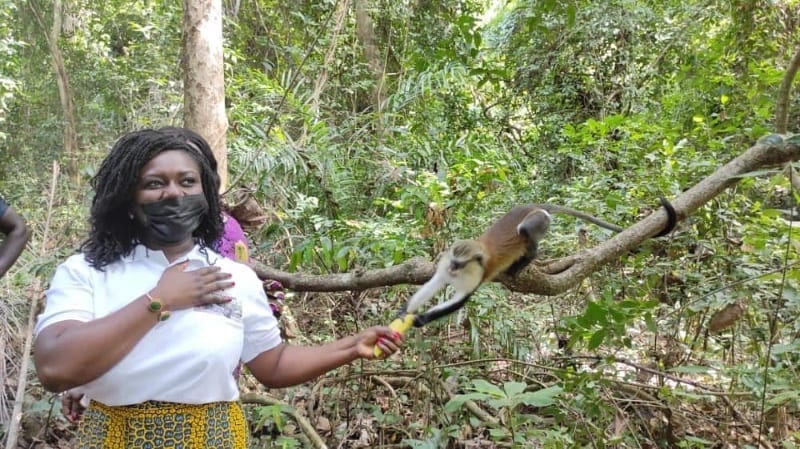 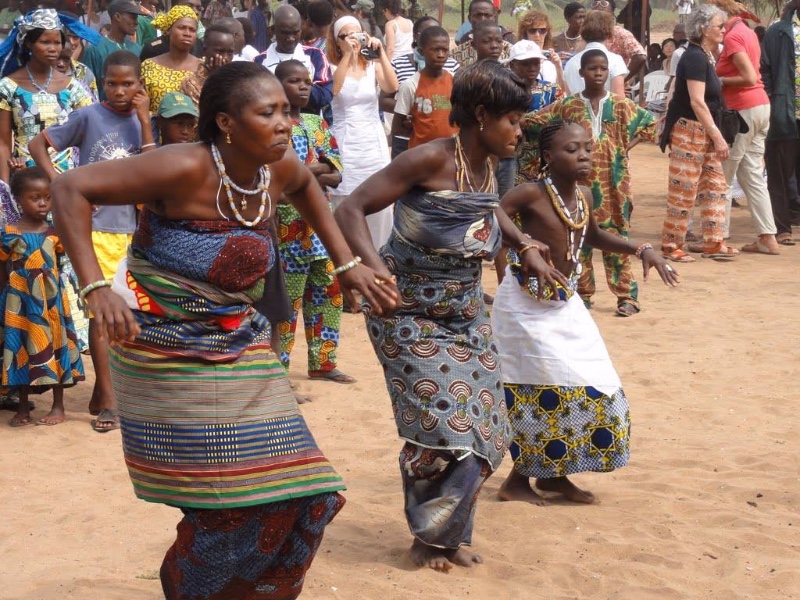 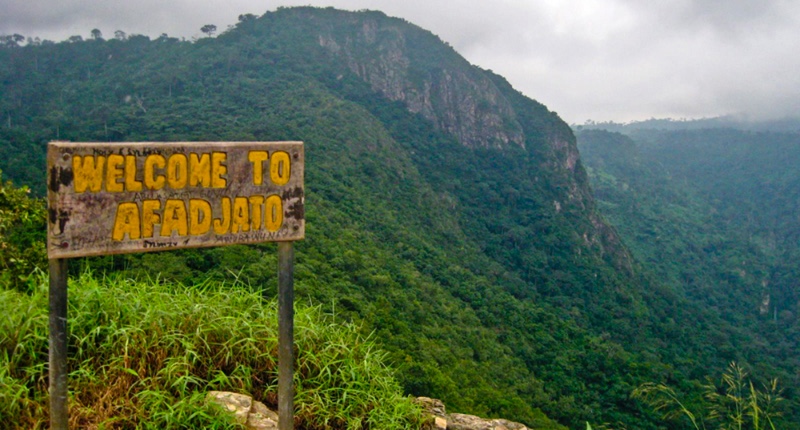 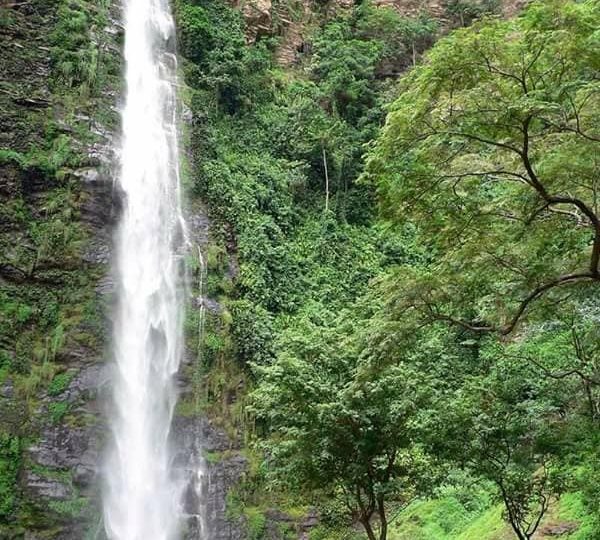 The south-easterly region of Ghana is the Volta Region, an area of extraordinary scenic beauty bordered by the Volta lake to the east, Atlantic Ocean in the south, Togo to the west and the Oti region to the north. Its landscape of rolling hills and valleys, with rocky outcrops, lagoons, rivers and waterfalls, is one of nature’s most attractive gifts to Ghana.

Volta Region is one of Ghana‘s sixteen administrative regions, with Ho designated as its capital. Divided into 25 administrative districts, the region is multi-ethnic and multilingual, including groups such as the Ewe, the Guan, and the Akan peoples. The Guan peoples include the Lolobi, Likpe, Akpafu, Buem, and Nkonya (now part of Oti region) people, et al. This region was carved out of the bigger Volta Region in December 2018

Climatic conditions vary tremendously within the Volta Region, which stretches from the coastal plains on the Atlantic coast to the arid lands of the north. Visitors can experience almost every tropical climate in West Africa as they travel from the coastal plains, fringed by sunny beaches and mangrove swamps, through the deciduous rain forests of the central belt- the location of Mount Afadjato the arid savanna of northern Ghana.

The west of the region is dominated by the River Volta and Lake Volta. The lake is a popular recreational area as well as providing a major source of power and water for the region and a ‘water highway’ to the north. Visitors can enjoy a music cruise along the lake or ride the river in a canoe with a local fisherman. The beaches of the Volta estuary are among the best in Ghana and swimming is popular in some areas, although the sea is generally rough along the Atlantic coast.

At resorts along the coast, visitors can see crocodiles and marine turtles, indulge in water sports, or try their hand at deep-sea fishing. Tourism hotspots include the amazing Wli Falls, one of the highest waterfalls in Ghana, in the tropical forest near Hohoe. Equally spectacular are the nearby Tsatsadu falls at Alavanyo and the Tagbo falls at Liate Wote.

Kente cloth, traditionally woven by members of the Ewe and Ashanti tribes, is one of Ghana’s most famous exports. Over 90 percent of the population are Ewe, the largest ethnic group in the region. The Ewe migrated from the north and their weaving villages can be found along the path of migration. Ewe kente cloth is distinguished by bold animal, human and symbolic patterns skilfully woven into bright cloth. Both groups excel at weaving cloth fit for a king and originally kente was only worn by Kings, Chiefs and prominent people. Now, it is available to all, but because of its relatively high cost, it is still a cloth of prestige, worn on important religious and social occasions. Kpetoe is one of the popular places for the weaving of Kente.

Ho, the region’s capital, is an ideal place to learn about Ghana’s heritage. The ruins of European forts and other structures can still be seen, with unmistakable vestiges of the German colonial era. Visitors can find out more about the area’s history by visiting the regionals museum.

The Volta Region is a lush, highland area full of spectacular natural attractions, scarcely visited coasts and beaches, clear rivers, botanical gardens, and beautiful waterfalls. Visitors can take a trip to the cities of Ho and Hohoe or take the opportunity to see mountains, monkey sanctuaries, and kente weaving villages. The Volta Region gives the visitor a chance to truly appreciate the magnificence of the Ghanaian way of life.

The region is a blend of undulating highlands and lowlands with very lash green vegetation. It boasts of the newly created Kyabobo National Park which is in the Nkwanta district of the northern Volta (Oti) Region, 400 km from Accra. the 359 sq km park contains both forest and savanna species of plants and animals. Animals in the park include buffalo, kob, warthog, aardvark, and baboon. Threatened species include lion, elephant, bongo, reedbuck and hartebeest. With its rich fauna and scenic beauty, Kyabobo National Park is set to boost the tourism potential of the Volta Region once fully developed.

The predominant languate of the volta Region is Ewe which strangely has different dialets as one travels acrosss the region. Also in the region is the Adele, Gikyode, Buem, Ntrubo and Chumburung.

The Volta Region is renowned for its bright festivals and loud ceremonies. The people of Wli hold a unique festival to give thanks for the gift of water, whiles the Anlos people put on the illustrious Hogbetsotso festival ( the name is derived from the Ewe language and translates as ‘festival of Exodus’). A purification ceremony takes place on the first Saturday in November and is followed by several days of cleaning the villages, sweeping the streets, and burning of rubbish. At the climax of the festival, local people do the traditional Borborbor dance, while chiefs dress in colourful regalia and receive homage from their subjects. The joyous dancing and singing that characterize the Volta festivals is a reminder of the region’s rich diversity of history and tribal culture. 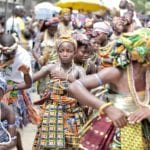 A weeklong festival climaxing on the first Saturday of every November, a grand durbar of chiefs and people is held at Anloga, the traditional home of the Anlo–speaking Ewes. The durbar forms a significant part of the week–long Hogbetsotso festival which commemorates the migration of the Anlo – Ewes from the ancient walled city of Notsie in present day Northern Togo to their present settlement. The festival culminated in drumming and dancing to “Husago” by walking “backwards” which they claimed was to elude their enemies who might follow them after they had escaped the tyranny of the wicked King Agorkoli. 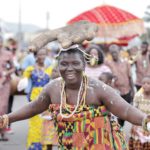 2. Asogli Yam Festival (Teduduza) Of The People Of Ho

September each year, the chiefs and people of Asogli State, Ho and its environs celebrate their annual yam festival. This is essentially a harvest festival celebrated to give thanks to God, the lesser gods and ancestors for a bumper harvest.  It is an occasion to offer prayers for good health throughout the year, prosperity for all and to foster unity through forgiveness and reconciliation. As part of the celebration, cooked mashed yam is sprinkled at the various shrines across the state. After the gods are fed, everyone is then permitted to taste the fresh yams. There is usually a grand durbar of chiefs where the Paramount chief (Togbe Afede XIV) sits in state to receive homage from his sub-chiefs. The festival serves as an annual re-affirmation of allegiance by all chiefs and their subjects in the Asogli State to the Agbogbome stool. 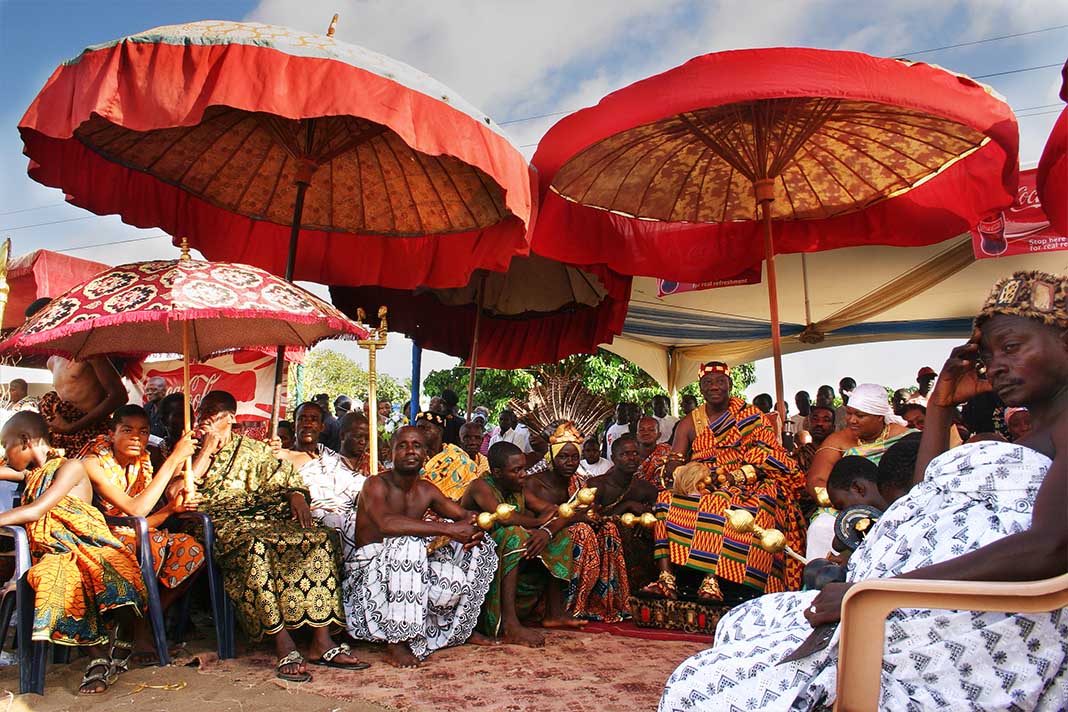 This is celebrated two weeks after the Anlo – Ewes celebrate Hogbetsotso festival (weeklong festival climaxing on the first Saturday of November), their cousins, the same Ewes celebrate their Keta – Sometutuza at Agbozume, their traditional home. This colorful festival of pomp and pageantry is rounded off with a grand durbar of chiefs and their subjects on a Saturday. Chiefs pay homage to their paramount chief and renew their allegiance. 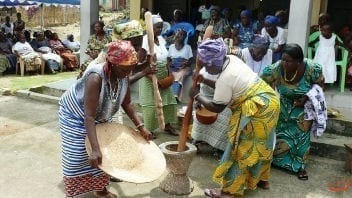 4. Amu (Rice) Festival Of The People Of Vane

As the name implies, the festival is centered on the harvesting of rice so it is a harvest festival. It is celebrated at Vane, the Traditional capital of the Avatime people. It is celebrated in the last week of November to December. It attracts a number of tourists. The people of Avatime, who migrated from the Ahanta areas of the Western Region, fought the original people of the area they now occupy, and this is reflected in their drumming, dancing and singing. 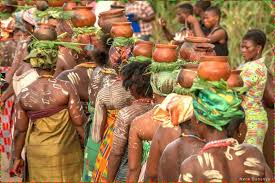 Every February, the chiefs and people of the Agave traditional area celebrate their annual Dzawuwu festival at Dabala, their commercial centre. It is essentially a thanksgiving festival where a special portion of food is sprinkled to the gods. It also commemorates the bravery of the Agaves of the past who fought and won several wars.  It is the time to pay tribute to departed ones and to pour libation for the people to renew their loyalty to their rulers. It has an impressive Durbar of chiefs to climax it. Drumming and dancing feature prominently. 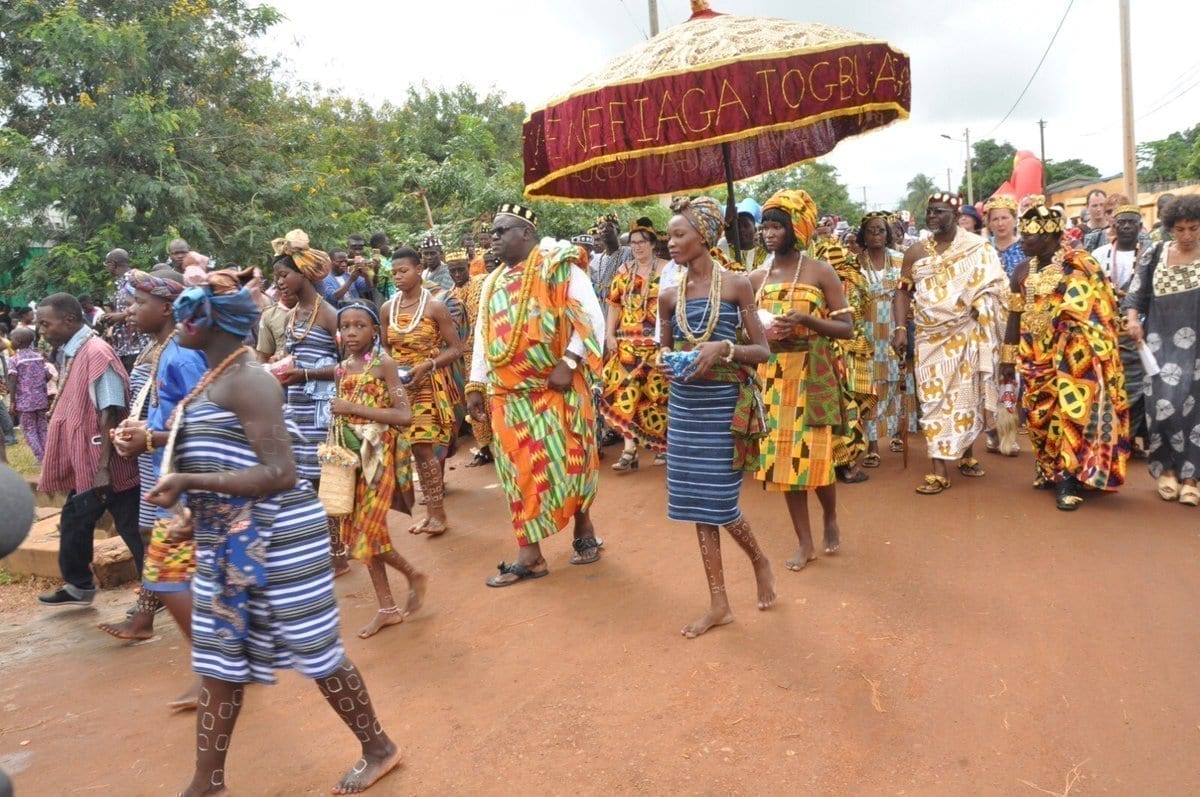 6. Gbidukor Festival Of The Gbi

November is when the chiefs of Gbi (North) of Hohoe areas and Gbi (South) Peki areas celebrate their festival. This festival rotates from Hohoe to Peki. It is a very colourful festival full of pomp and pageantry. Chiefs are carried in palanquins amidst drumming and dancing. The festival is to commemorate the exploits of the Gbi-Ewes of old. New development projects are initiated.  It also marks the period of family re-union and to attract thousands of people from far and near.