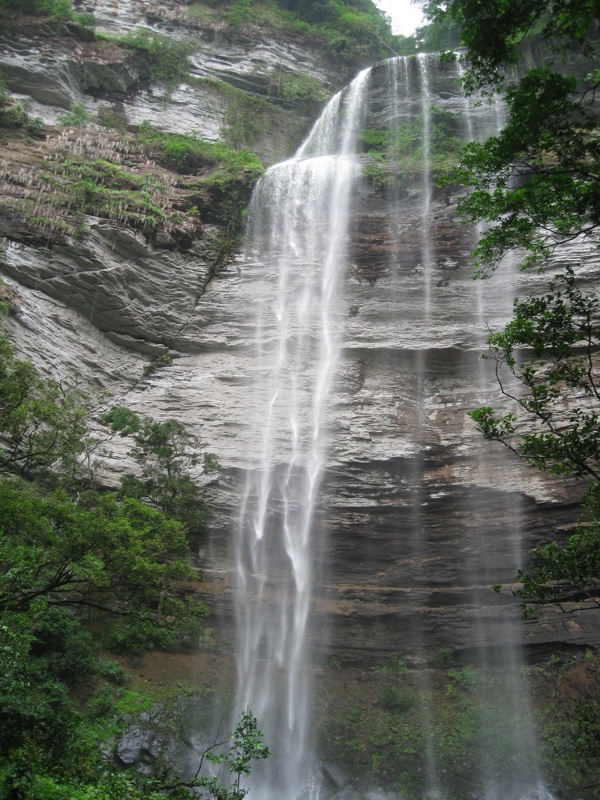 Tini Water Falls, also known as Adasawase water falls is located in the North Eastern part of Adasawase. Adasawase is a small farming village in the Eastern Region, about 5km off the Anyinam road.

The Tini Water Falls cascade’s beautifully over several rocks  which demonstrates an excellent scenery before hitting the ground. The falls is said to be bigger than the Boti Water Falls. It falls at a height of 60m and is 7m wide. It has very clean and cold sparkling water. It is  believed to be among the biggest in the country, in terms of water volume and height.

The discovery of the water fall is attributed to a fetish priest.  According to one Opanyin Asamoa Bonti, who happens to be an elder of Adasawase, he narrates that; their ancestors used to live at Anwiam centuries ago without water. Their search for water led them to the water falls. After their discovery, they decided to settle at the foothill of the water falls.

Tini Water Falls, was given its name by the local people, after the river Tini. The Tini Water Falls has its source from river Tini, which also happens to be the source of drinking water in the village.

A virgin forest, caves and rocks surround the waterfall. The forest is home to different species of birds, who welcome visitors with their melodious voice.