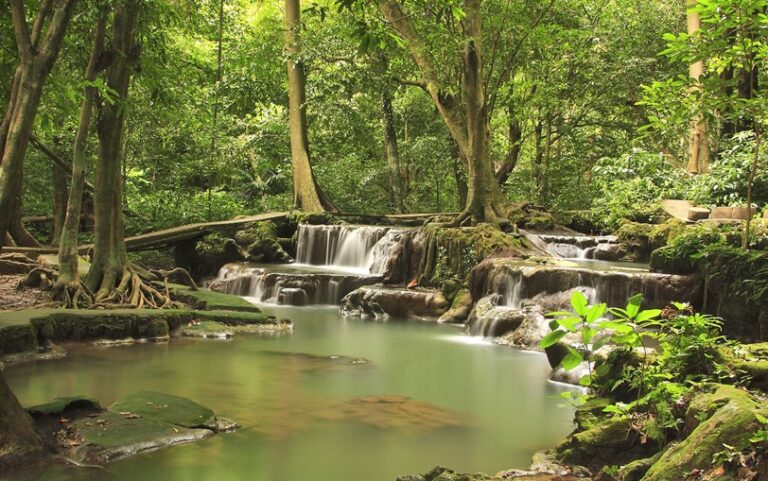 The reserve’s are situated in the transition between the moist evergreen and semi-deciduous tropical forest and cover much of the drainage for the Bia river. Bia became a protected area in 1935 and an official national park in 1974.

There are 62 species of mammals known to exist in the park including 10 primate species. Some of the animals in the park include colobus, buffalo, the forest elephant, bongo, bushbuck, mangabey, chimpanzees, and others.

Over 160 species of birds including hawks, eagles, bulbuls, flycatchers, the black-collared lovebird and the threatened white-breasted guinea fowl live in this habitat. The park is the only known home of Agama sylvanus, a newly discovered species of lizard.

The Bia National Park can be found in the newly created Western North Region, west of Takoradi. Access to the park is by road from Kumasi via Bibiani and from Tarkwa-Sefwi via Wiawso road.

Although the park can be visited all through the year, the best time for game viewing is during the long dry season November to April. The rainy season May to June and September to October is associated with slippery roads and cold weather.

Camping is allowed in the park in designated camping sites although other accommodation options are available at Bia Guest House and Essem Debiso .

Tourists are encouraged to carry comfortable walking boots, long sleeved clothing, a hat and also get a tour guide in case of private Ghana Safari adventures.

December 25, 2021, 10:00 am
-
December 26, 2021, 6:00 pm
Get Directions: Get Directions
Fancy Groove Festival 24th MASQUERADE procession, after party at Calanders Beach from 9pm till 4am 25th musical concert and after Read more...
Previous
Share This:
Change Location
To find awesome listings near you!