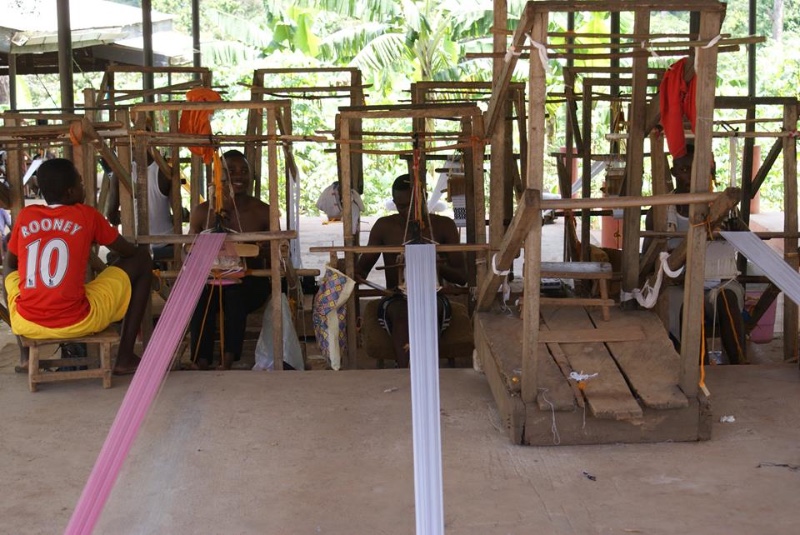 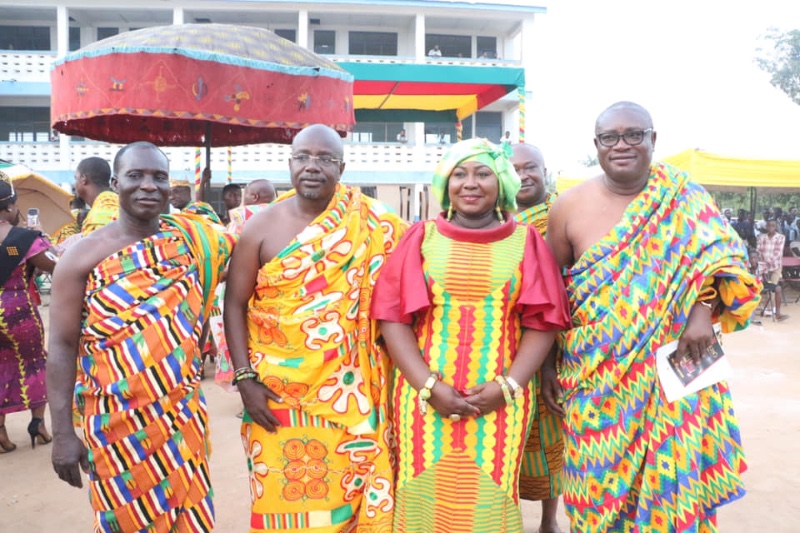 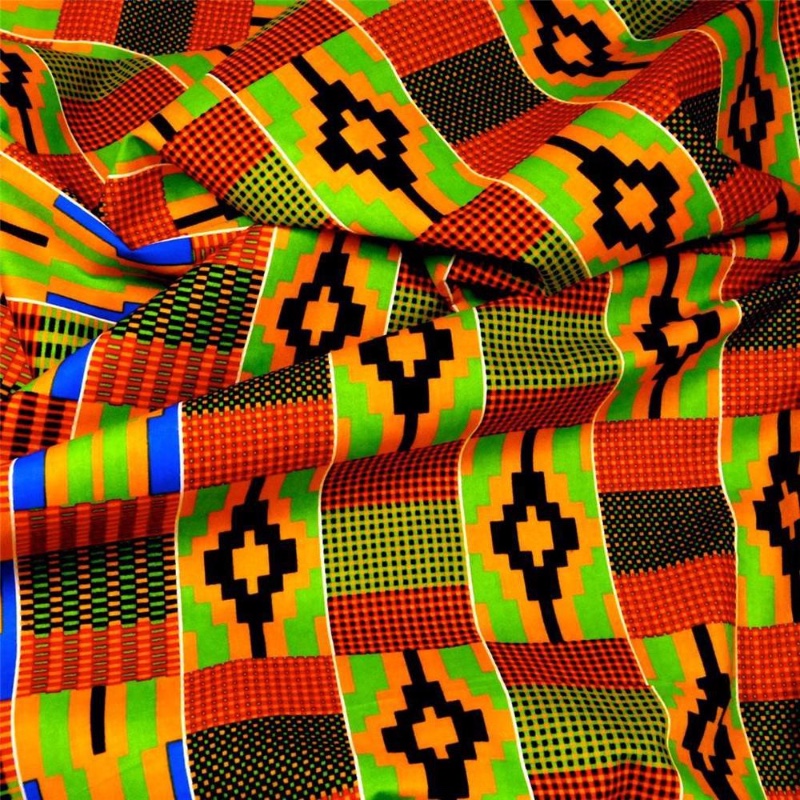 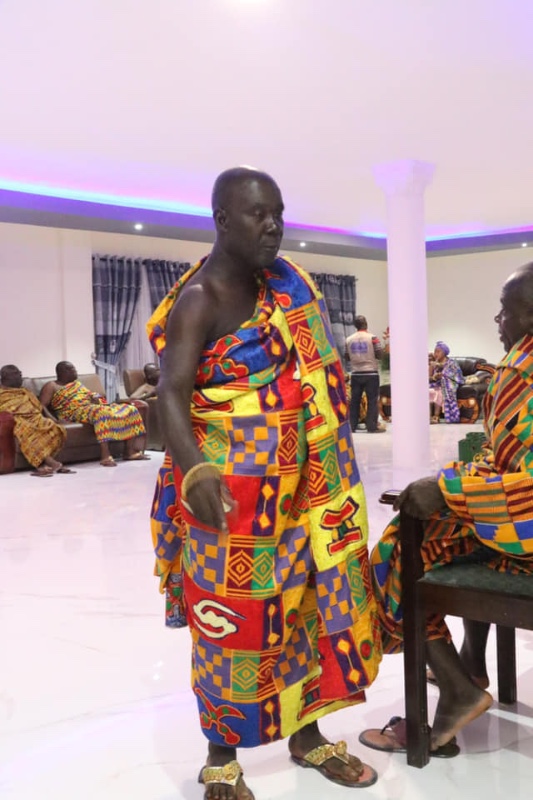 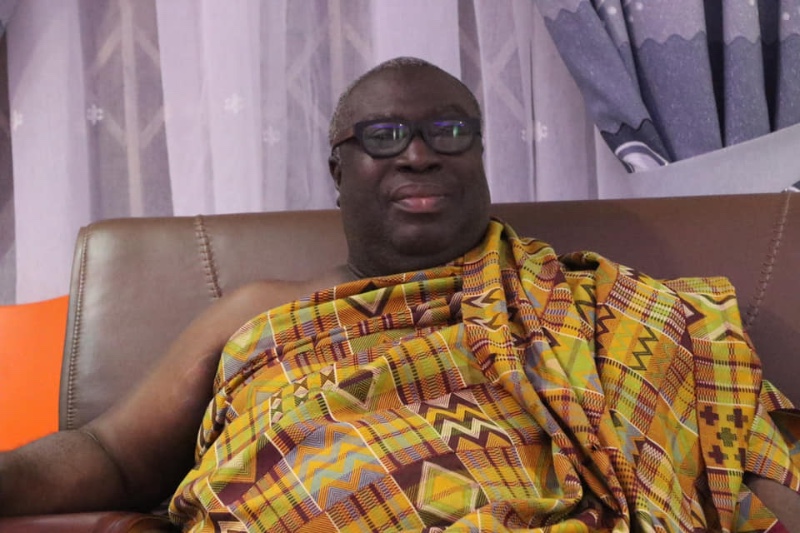 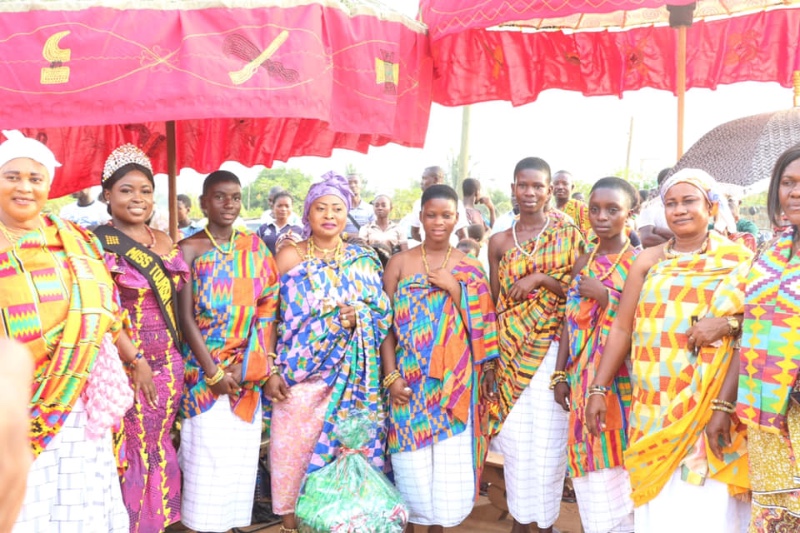 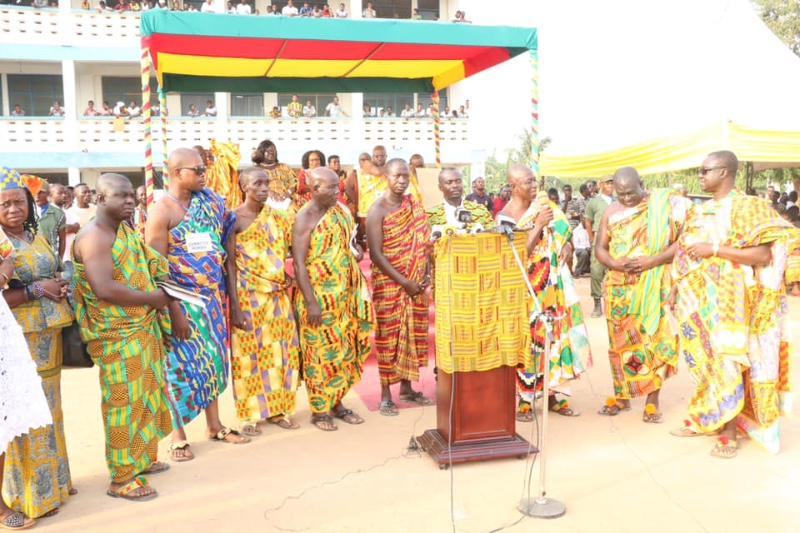 According to legend, two friends from the town of Bonwire – now the leading centre of kente weaving in Ashanti – learned the art of weaving by observing a spider spinning its web. The fabric later became a royal cloth and symbol of prestige.

As production increased, the cloth became more affordable; but its special status has remained. At festivals and

other celebrations, local people proudly don their best kente cloths to reflect the spirit of the occasion.

Kente is worn for its symbolic significance not only for its eye- catching designs. There are over 300 patterns, each with its own name and meaning derived from proverbs, historical events, important chiefs and valuable plants.

Legend has it that in the middle part of the 17th century AD, at Bonwire in Asante, two brothers from Asona clan of Bonwire, Kuragu and Ameyaw who were hunters by profession and hardly 20 years old, studied the way and manner, the slider (Ananse) wove its web in a forest at Bonwire-Kurankye (Ayewakeseho).

after series of experiments, they came up with  a type of fabric known in Asante-Twi language as “Nwin-Ntom”, woven-cloth in the English language. they reported their invention to the chief of  Bonwire (Bonwirehene), Nana Bobie Ansah I (1610-1727) who in turn accompanied them to Kumasi, the capital of the Asante Kingdom to show their discovery to the king of Asante (Asantehene) Otumfuo Opemso Osei Tutu I (1695-1717).

The Asantehene was so fascinated by the invention that he adopted it as a royal art. the first cloth made was called”Gagamuga”. A few years later, Kuraga and Ameyaw came up with an improved form of their discovery. The improved form had the looks of the surface of a basket (Kenten). The people of Bonwire called the new fabric, (Kenten-Nwin-Ntoma), a woven-basket-cloth. The phrase was shortened to “Kenten-Ntoma” – Basket Cloth. the word, ” Kenten”, was later corrupted to KENTE.

Once again, the inventors reported the improved form of their invention to the chief of Bonwire (Bonwirehene). The Bonwirehene took them to the new king of Asante (Asantehene) Otumfuo Okatakyie Opoku Ware I (1720-1750). In 1721, the Asantehene created a Kente-Stool (Kentehene) for Nana Kuraga and Nana Ameyaw as a mark of their invention. In the same years, he created the Oyokomaa Stool (Yokomaahene) for Nana Otaa Kraban from the Oyoko clan of Bonwire for introducing primary colours (red, yellow, green and black) into Kente-Weaving. Before the introduction of primary colours into kente-weaving, kente was woven in white, black and indigo only ( Fufutoma), fufutoma is a cloth which colours are white dominated.

in the middle of 19th century AD, one Nana Osei Kuffour, from the Agona clan of Bonwire, introduced geometrical designs (adwini) into kente-weaving, so, he was crowned a master-weaver.

In the year 1990, a stool called “Awinfohene” was created for his descendants at the court of the king of Asante (Asantehene) by Asantehene Otumfuo Opoku Ware II (1972-1999). It was in the same year (1990) that a man from Adangomase, a town near Bonwire, was rewarded with a stool called “Fufutumahene”. The people of Adangomase, learnt the art of Kente weaving from Bonwire through schooling at Bonwire and inter-marriages between the people of Bonwire and Adangomase in the middle of 20thcentury.

All stools created by the Kings of Asante in connection with Kente were placed under the Gyaase division of the Asante King’s court. Here, custom and tradition demand that Asantehene’s kente is made at Bonwire through his Kente chiefs (Kentehene, Yokomaahene and Awinfohene) and of late, fufutoma, through Fufutomahene, at the head of Asantehene’s  Abenasehene of the Gyaase division of Kumasi.

Kente, weaving has gone through many stages of development. Nana Kuragu and Nana Ameyaw developed their first weaving system called “Ayaase-Nwin-Ntoma” or “Ayaasentoma” that is, Cloth woven at the solar plexus, using raffia fiber “edowa” for yarns.

Still with raffia fiber “edowa”, Nana Kuragu and Nana Ameyaw developed a second weaving system called “Asaase-Nwin-Ntoma” or “Asaasetoma” that is, cloth woven on the ground. The third weaving system they developed  was an improved form of the “Asaasetoma”  in which they used yarns from silk-cotton-tree “onyina”.

The third weaving system was in two types, type A and type B. Cotton from silk-cotton-tree is called “ Onyina-Atenenhuo” in Akan-Asante language (Twi). The fourth weaving system they developed was called “Nsaduaso-Nwin-Ntoma” or “Nsaduatoma” cloth woven at the loom. It is on the loom that the first cloth called “Gagamuga” that is, pinstripe, was made. The word “Gagamuga” is re-duplication of the word “aga” which is referred to the lowest denomination of the Akan-Asante currency in the olden days.

Otaa Kraban, it is said, improved upon the Kuragu-Ameyaw hand-loom, after he (Otaa Kraban) had returned from a trip to the Gyaman city of Bondugu (Bontuku) in today La Cote D’voire. It must be noted that his trip to Bondugu (Bontuku) was after the invention of kente at Bonwire.

In the middle of the 20thcentury, Nana Tiko, Nana Kwaku Menso and Nana Kwame Duodu, all of Bonwire, took the kente industry to another level by introducing newbrands of kente called Asasia, Antokoo (Kontompotoma) and Kyerewere (Kyekyere Wowere).

Visit Bonwire any time of the year. Bonwire weaving centre opens at 9 am to 5 pm. Bonwire Kente Festival is also held each year where new designs are outdoored.

From Accra, take the Accra-Kumasi road turn right at Ejisu and drive 6 km to the Bomfa Junction. Turn left and drive 3 km to turn right to Bonwire.