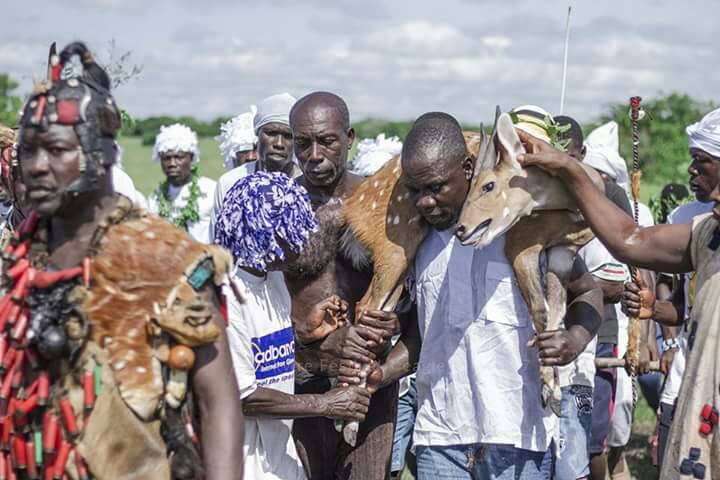 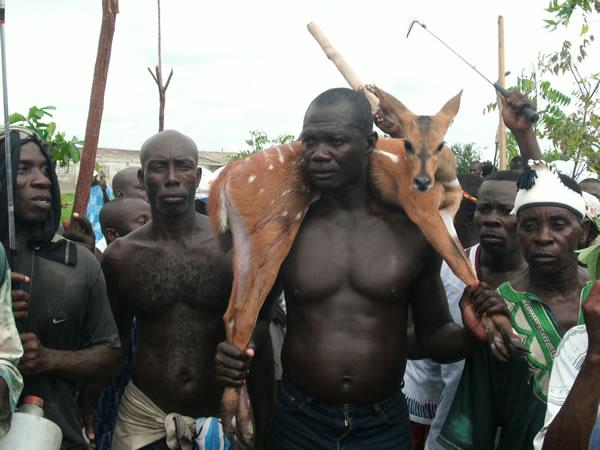 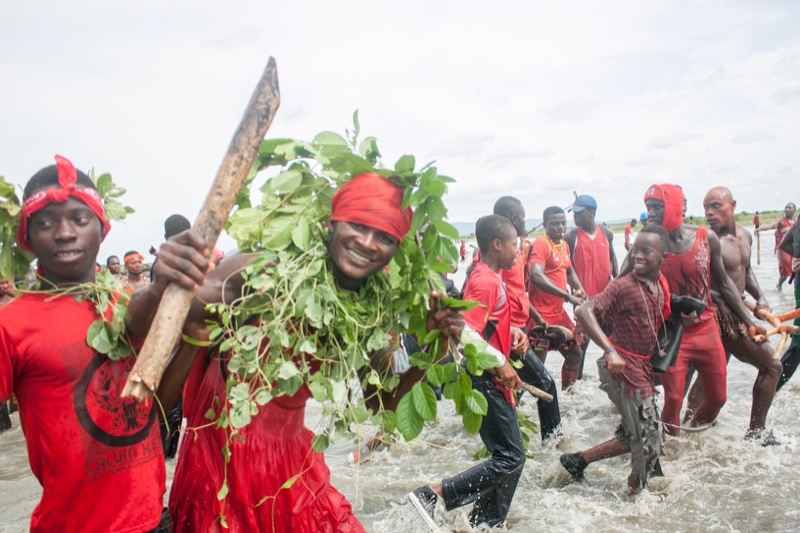 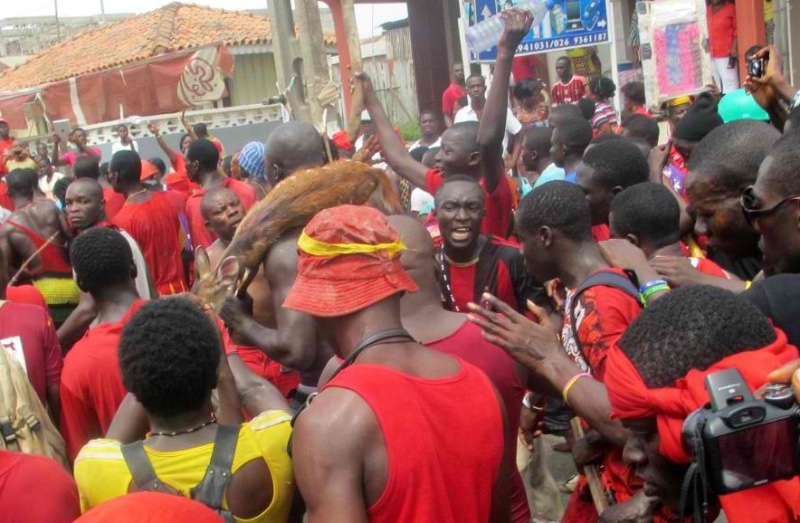 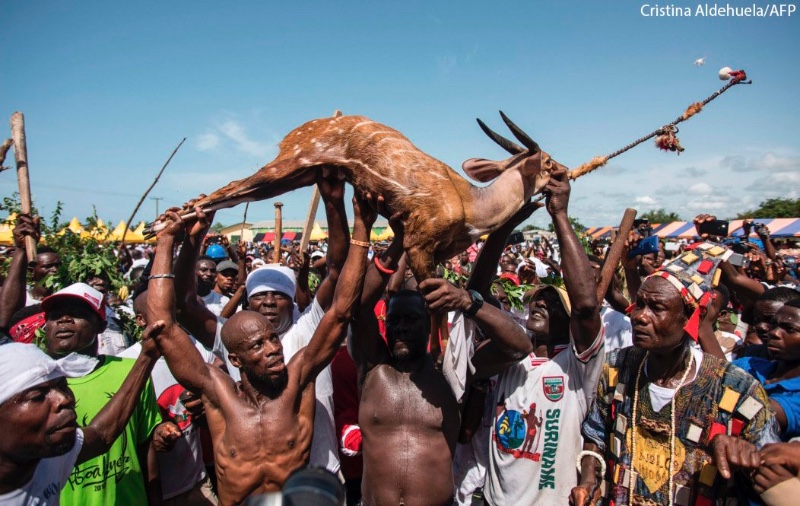 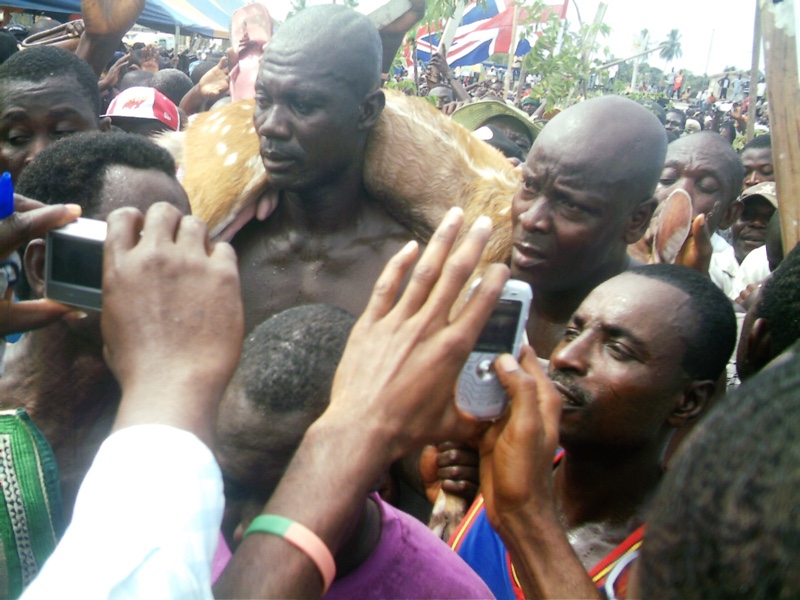 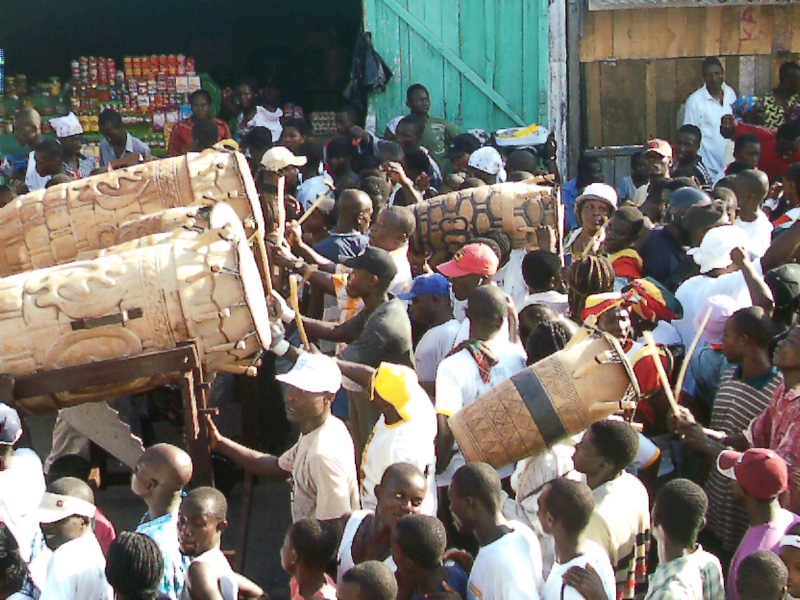 The Aboakyer festival is celebrated on the 1st Saturday in May by the Effutu’s of Winneba Traditional Area in the Central Region of Ghana.

Winneba Aboakyer is an ancient rite of animal sacrifice to the god Otu to celebrate their safe migration from the ancient western Sudan Empire to their present home, Winneba and also to remove evil and predict a good harvest. Their priest instructed them on behalf or their god, Otu to offer a young member of the Royal Family every year as a sacrifice.

Due to the harsh nature of the sacrifice, the people pleaded to the god, Otu for an animal sacrifice rather than human sacrifice, then the substitution of a wild cat was accepted as a sacrificial offering instead of a human, provided it was caught alive and beheaded before the god. However, most people lost their lives in an attempt to capture the wild cat. They appealed a second time to Penkyi Otu, named after the place the people settled, and the god accepted the offering of a bushbuck.

Aboakyer literally means, “Catching a live animal” in the Fante language. The two Asafo companies using only sticks and clubs move to their respective hunting grounds on the morning of the first Saturday in May climaxing the festival. The first Asafo Company to bring the live deer for the Omanhene to step three times is declared the winner of the year.

On the eve of the climax of the festival, the “Asafo” companies perform rituals and outdoor their gods. This ceremony is a crowd puller.

In the morning of Aboakyer day, the paramount Chiefs, sub-chiefs, dignitaries and the public assemble at the durbar grounds to wait for the catch amidst drumming and dancing. There is jubilation through the streets until the deer is deposited at the shrine to await slaughter the next day.

In the afternoon, the public admires the works of the gods in the traditional area. This festival is reminiscent of the Jewish Passover festival because family houses or stools receive smear of sheep blood and a sprinkling of the dough mix meal on the first three days before merrymaking begins. A significant event is the display of colorful flags by the various “Asafo” companies in the traditional area.