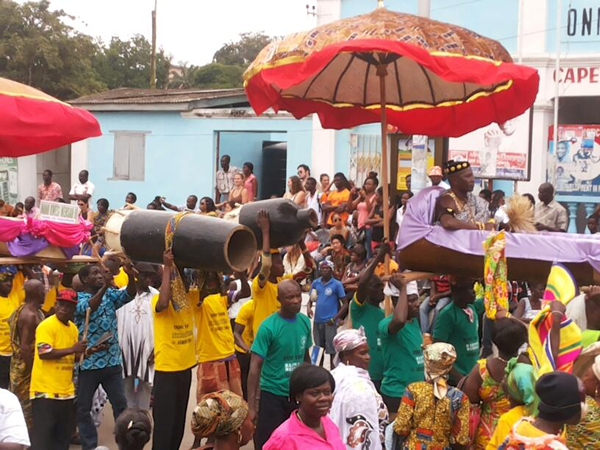 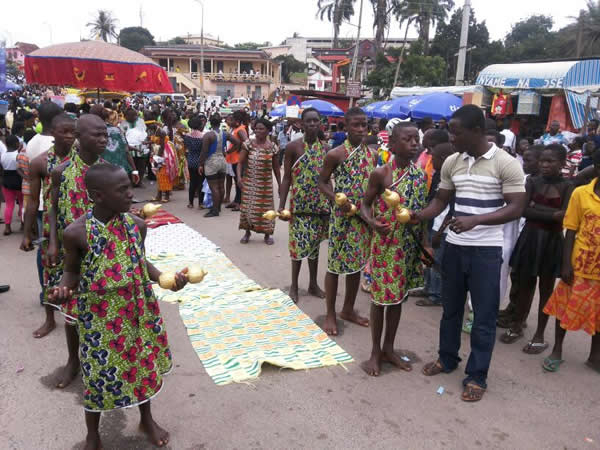 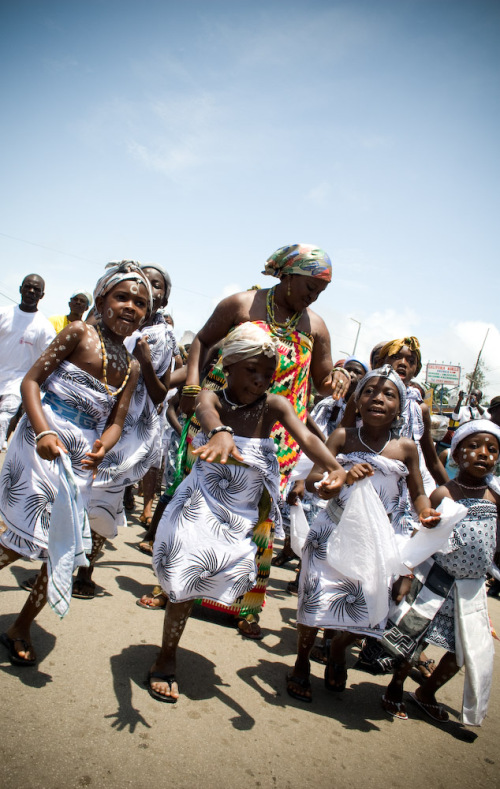 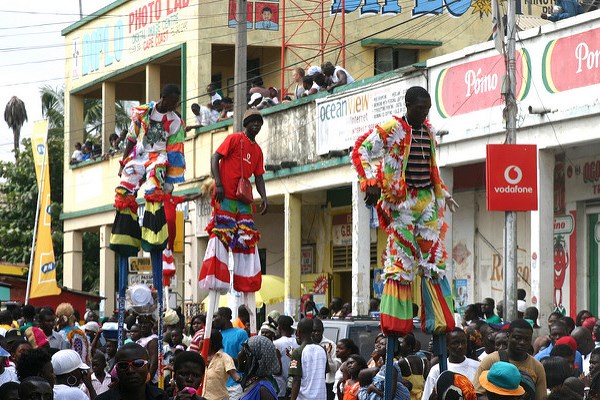 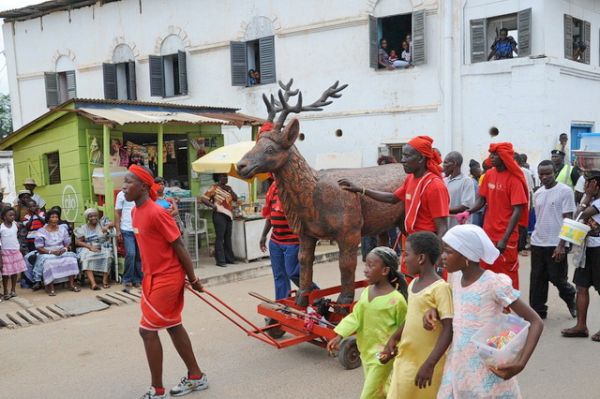 Oguaa Fetu Afahye is a festival celebrated on the first Saturday of September by the people of Oguaa or Cape Coast Traditional Area.  It is named after the 17thCentury Fetu or Effutu kingdom located some 19 kilometers inland of Paramount chief’s yam festival and is observed in the form of offering mashed yams to the gods.

According to tradition, a plague once ravaged the Oguaa community.  Cape Coast was thus founded as a fishing community by a man, Oguaa who gave his name to the place. Such was the devastating effect of the plague that the people called on their gods before the plague stopped and the land was cleansed. The word fetu is a contraction of ‘efin tu’ in the local dialect which means clearing the dirt.

Oguaa Fetu Afahye festival is, therefore, a commemoration of that purification which saved the land from the plague and a show of gratitude to the 77 gods of the Oguaa Traditional Area.

Before the start of the Fetu Afahye celebrations, the Omanhene (paramount chief of the Oguaa) spends a week in confinement to confer with the gods. A ban is placed on drumming, dancing, noise making and merriment within the municipality, while fishing in the Fosu Lagoon is forbidden at this period.

A cleansing ritual is offered at the lagoon by the Amissafo (guardians of the lagoon) for the gods to ward off bad omen, while also entreating for abundance of fish and bumper harvest of food crop. A day is set aside for general cleaning of the environment. This day is known as Amuntumadeze (Health Day) and all the people tidy and spruce up the community.

On the last Monday in August, the festival proper starts as the people observe a vigil at the Fosu Lagoon where the priests and priestesses invoke the gods with drumming and dancing through the night which attracts large crowd mainly the youth and tourists. Ritual activities continue the following day at the Fosu shrine, followed by regatta on the lagoon after libation is offered by the Omanhene.

This ceremony involves cutting through the sand bar separating the Fosu lagoon and the sea to allow the lagoon access into the sea presumably to bring more fish into the lagoon. The Omanhene (Paramount chief) as part of the event, pours libation to the deity, Nana Fosu. The Omanhene then officially opens the lagoon by casting his net thrice into the waters this is to signify the lifting of the ban on lagoon fishing. If his net catches a lot of fish, it is seen as a sign of bumper harvest in the coming year. Once this is done, the lagoon is open to the public to fish in. Muskets are fired into the air as the celebrations kick off with dancing, drumming and merrymaking around the community.

Wednesday is usually reserved for welcoming the natives who have travelled down to attend the festival, while socialization, conflict resolution and merrymaking continues. Another vigil takes place on Thursday night, this time at Nana Paprat Shrine with rituals and dancing (Adammba). It continues to the next day when a bull is slaughtered by the Omanhene for purification, after addressing the people.

The grand day of the Fetu Afahye festival falls on the first Saturday in September as a procession takes place around the community with dancing and merrymaking. Fetu Afahye marks the beginning of a new year for the Oguaa people of Cape Coast. The festival closes with an interdenominational service at the Chapel Square.