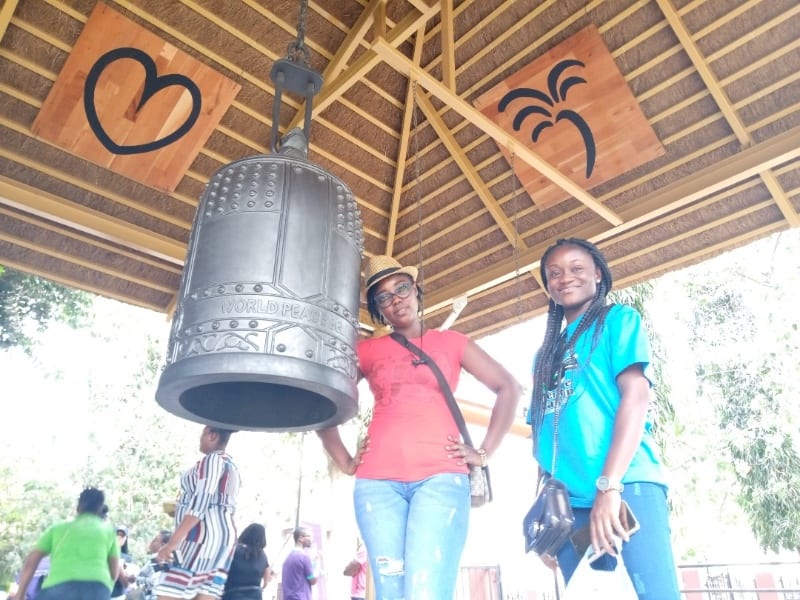 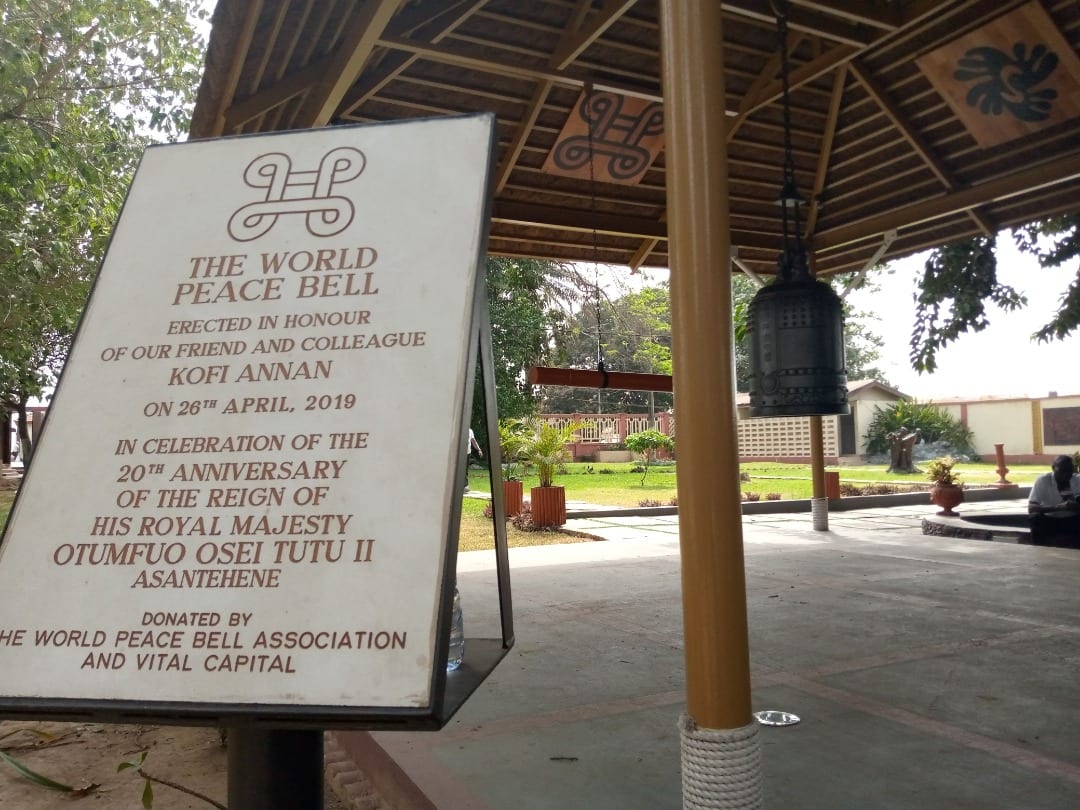 The Bell is located on the premises of the Manhyia Palace Museum and it is the 25th World Peace Bell. One can take photos as well as ring it to hear its unique sound while admiring the adinkra symbols displayed on the ceiling of the shed over the bell. 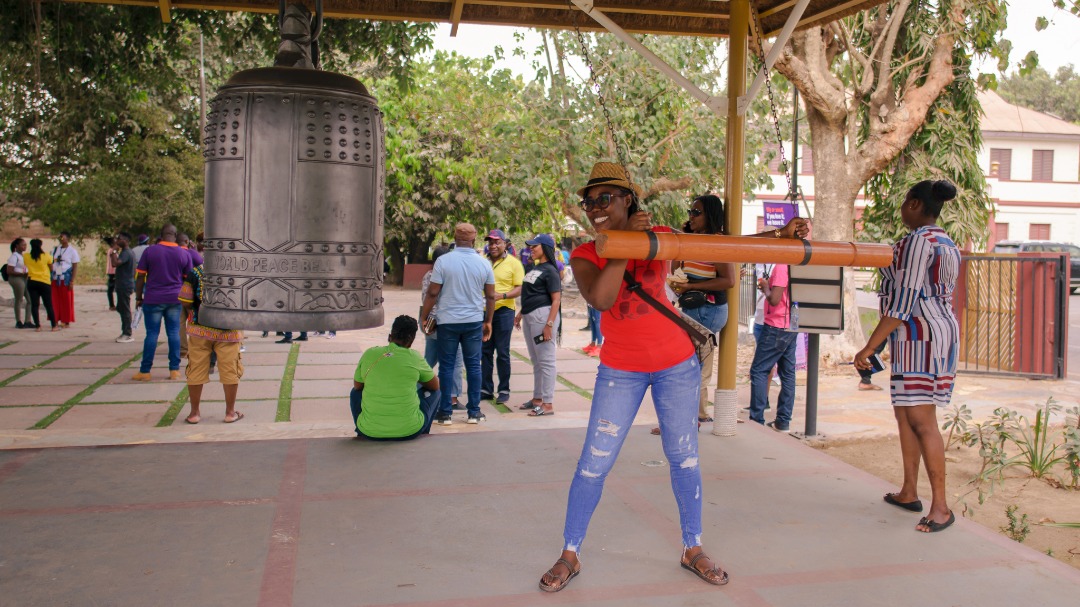 The World Peace Bell Association (WPBA) is a Japanese organisation which attempts to raise awareness of the World peace movement by casting and installing Japanese temple bells in locations around the world.

The bells are made using melted-down coinage donated from countries around the world. They have been placed in sixteen countries to date, with the US, Japan, and Australia having more than one bell.

The current president of the association is Tomijiro Yoshida. Yoshida officially founded the WPBA in 1982, ten years after Chiyoji Nakagawa’s death, to continue Nakagawa’s work.[3]