Connecting Jamaican and Ghanaian Identities Through the ‘Joseph, A Quest for Identity’ Film

With so many stories being told about the history, heritage and culture of both Africa and the  Caribbean, we’re continually learning more about the personal stories of connection between African and Caribbean people.  It’s only fitting that during this, the Year of Return, a movie is being filmed in Ghana and Jamaica that explores this reality.

‘Joseph, A Quest for Identity’ is a movie that explores the life of a Jamaican man who has Ghanaian roots through his grandfather.  He has spent his life in Jamaica with no real connection to his roots in Ghana. He never really considered exploring his roots because after all, he sees himself as Jamaican and not an African.  However, through a series of life twists and turns, he ends up making the life-changing trip across the Atlantic to Ghana. Where he finds himself on a journey of self-discovery. 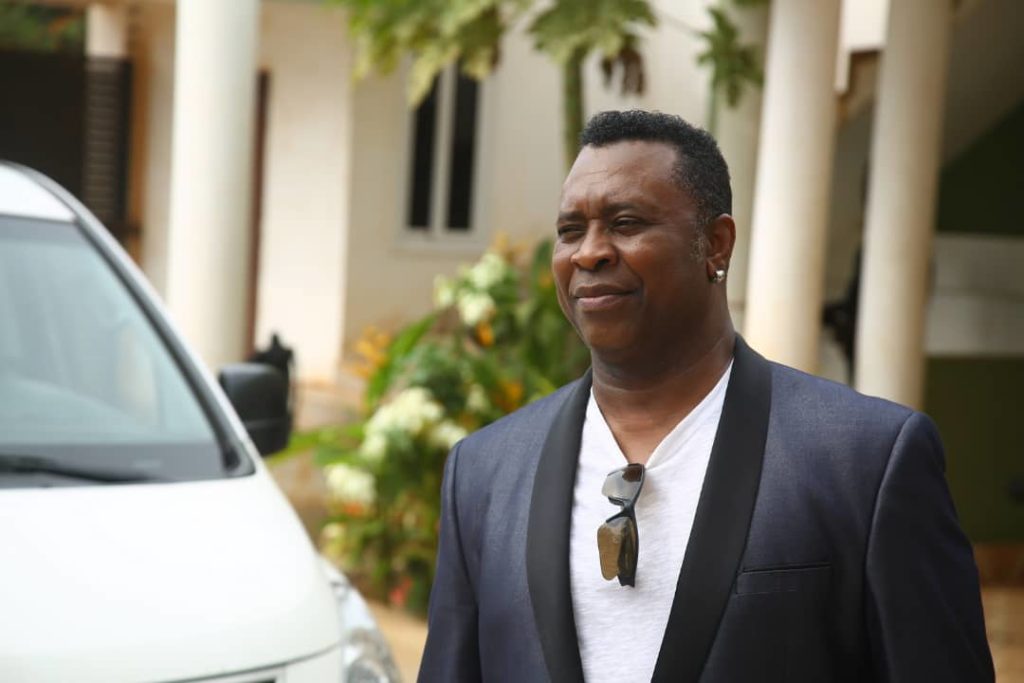 The movie has already filmed scenes in Jamaica and is currently in production with the scenes in Ghana.  The production crew has filmed in both the Central Region, Greater Accra and Kumasi to capture the arrival of Joseph in Ghana and all his experiences learning about his history and the importance of developing a real connection to his long lost family.

A team from Ghana Tourism Authority and Year of Return visited the cast and crew on set while they were filming in the Haatso area of Greater Accra.  Many were already acquainted with Akwasi Agyeman, CEO of Ghana Tourism Authority after his recent trip to Jamaica with President Nana Akufo-Addo on his tour of the Caribbean islands. The trip was an effort to re-establish relationships with the people in the global African diaspora communities.  This is a concerted effort by the president as part of Ghana’s Year of Return initiative, inviting people to return to Ghana. 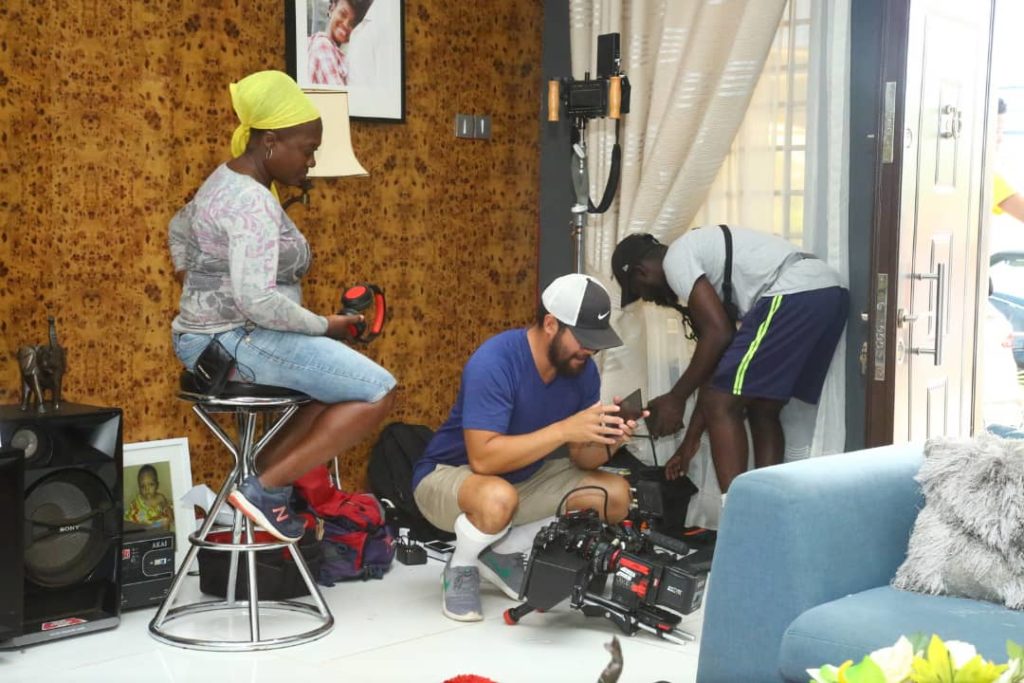 The Year of Return commemorates the 400 years since the first documented ship of enslaved Africans arrived in the United States at Jamestown, Virginia.  But it’s also known that enslaved Africans made arrivals in the Caribbean islands. There are still communities today in countries like Jamaica that have practices, cuisine and even dialects used that are the reminders of West African heritage. 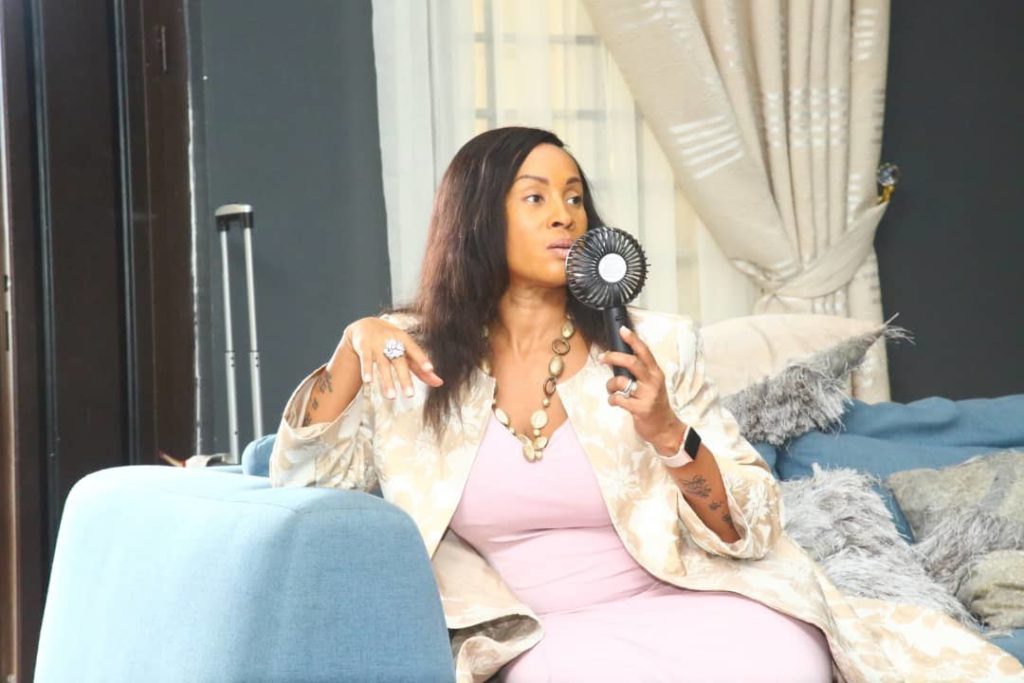 Marietta Carter-Narcisse, is the Producer of the film and she said this film is so important. “We have so many stories to tell and we have to tell them through our own mind’s eye.”  Often times African and Caribbean people have had their stories told by outsiders and it’s important that we start creating more films, theatre productions and television shows that speak from our perspective. Films like, ‘Joseph, A Quest for Identity’ also draw attention to the fact that many of us don’t even know each other.  “I think it’s so important [the film] because this is our motherland and we don’t know each other…It’s so important for us to really understand why we do what we do. And so Joseph [the movie] was an opportunity for us to really bridge that gap of identity for all of us. Especially now with the ‘Year of Return here in Ghana 2019 and 2020 in Barbados.  I think it’s critical that we understand [each other].”

There are many misconceptions by Ghanaians about people from Jamaica.  The same holds true about Ghanaians, many of them don’t know much about Jamaicans or people from other Caribbean Islands. “I’ve met people in Ghana who think Barbados is in Jamaica! But it’s an island on itself.  In fact, it’s the closest to Ghana geographically and many enslaved Africans also ended up there…It’s as though our history has been erased, there needs for education to teach Ghanaians more about Caribbeans,” Carter-Narcisse said. 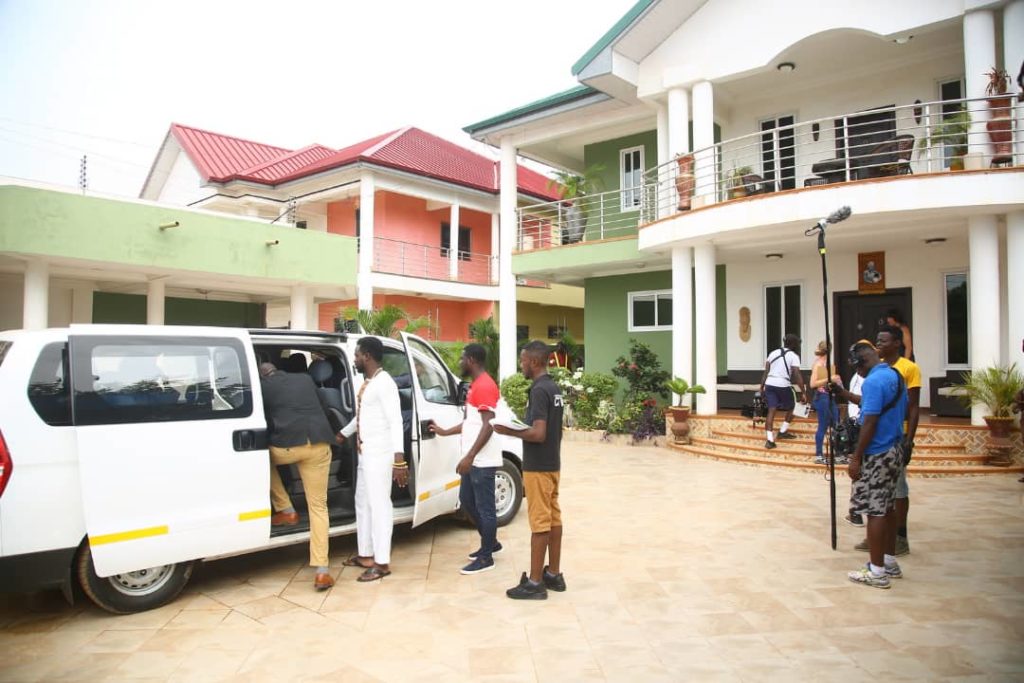 The movie has a diverse mixture of actors and crew from all over the globe and it contributes to a story being told that truly represents the global community.  Ghana’s own Harold Amenyah is one of the actors in the film along with Jamaican born Stogie Kenyatta and Alison Hinds, one of Barbados’ best known Soca Artists. Amenyah plays the character of Nii, a friend of Joseph’s from Ghana.  As Joseph’s friend, he takes him around Ghana showing him the culture and traditions of the country.

Amenyah said the film is going to give Jamaicans and people in the Caribbean a sense of belonging.  He explained that his character shows Joseph the things that give Ghanaians an identity and he soon sees things in Ghana that connect his forefathers with things he can also identify with as a Jamaican. “People who are going to watch this movie in the diaspora are going to realize how much of similarity and how connected we are because all they see and hear is what the media tells them. Now because of this film, they are going to get a chance and the opportunity to see for real…some of these things that they have just heard about,”  Amenyah said.

Award-winning Director Marcia Weekes who is the director of this movie said the idea for the film was inspired by the story of a woman in Jamaica who had the bones of her ancestors exhumed and brought to Ghana for burial.  The connection between Ghana and Jamaica continues to be strong and often discussed. ‘The Year of Return, Ghana 2019’ has played a significant role in bringing together people from the African diaspora.  It also recognizes the resilience people of African descent and embraces all who have the desire to connect with their African roots.

The crew has filmed in different cities in Ghana, including Cape Coast, Accra and Kumasi

during the Akwasidae Festival. Amenyah believes this movie is going to make an impact.  “The footage that we are getting [while filming] will rack their brains and make them feel that, yeah, there is definitely a place called home for them somewhere here in Ghana.  It’s going to give Jamaicans a sense of identity and make them know that indeed they are connected to Ghana, not just by hearsay, and that is going to be evidenced through the film.”