The President of the Ghana Football Association, Mr. Kurt Edwin-Simeon Okraku has paid a courtesy call on the CEO of the Ghana Tourism Authority, Mr Akwasi Agyeman to discuss ways of strengthening ties between their respective industries. He was accompanied by Head of Marketing, Jamil Maraby, Chief of Staff, Michael Osekre and the  Deputy General Secretary, Emmanuel Newton Dasoberi. 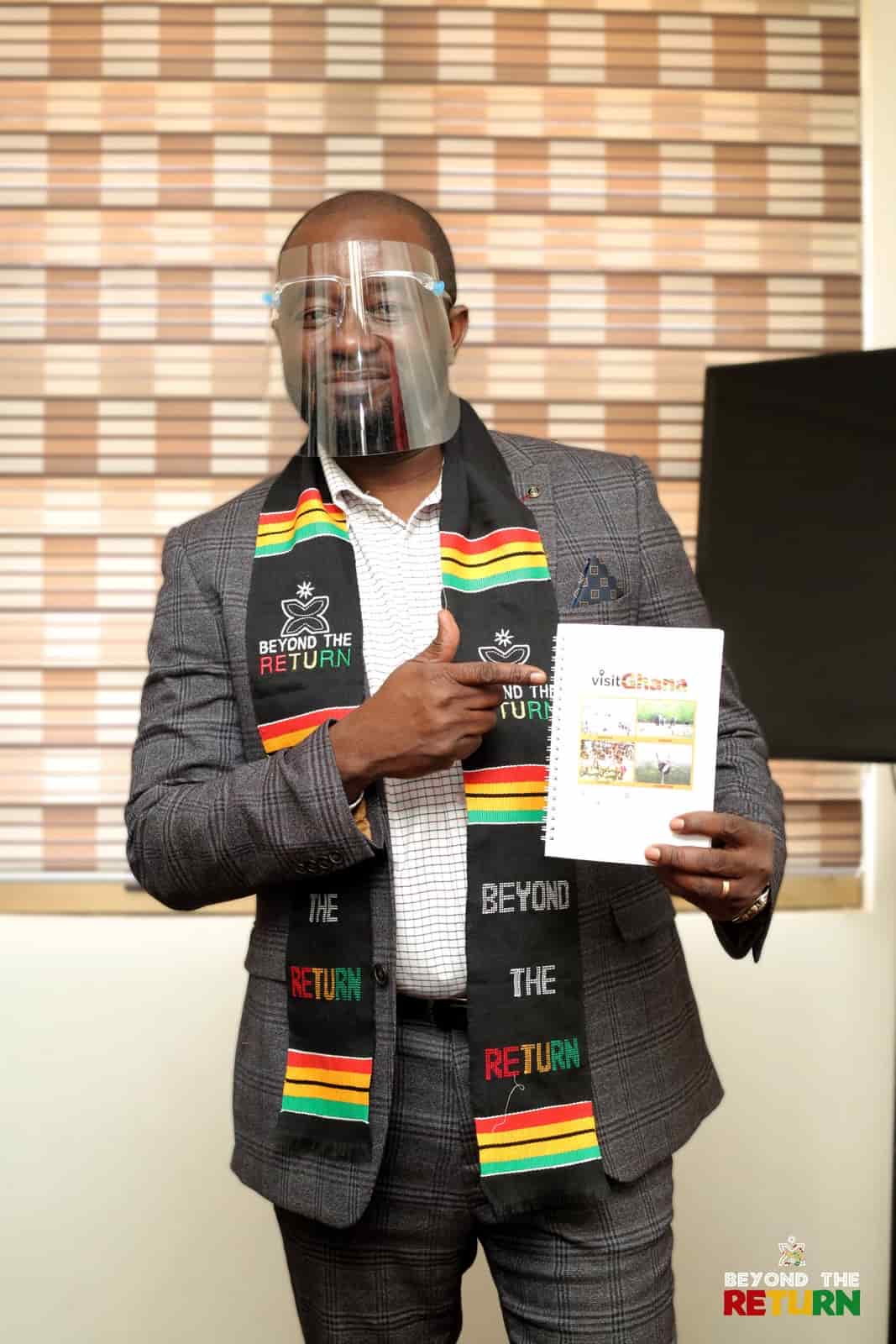 The brief meeting was held at the headquarters of the Ghana Tourism Authority in Accra on 24th June 2020 and were received by the CEO of GTA, Mr. Akwasi Agyeman along with the Head of Corporate Affairs, Jones Nelson, the Chief Marketing Officer, Alfred Asumadu, the Manager for Projects,  Development and Investments,  Ben Anane Nsiah and the Deputy Chief Executive in charge of Operations, Ekow Sampson.

During the discussion, The GFA President touched on the similarities of goals that both industries have touted, that is the shared interest in bringing together Ghanaians and tourists through sports and culture. ”Football is a vehicle which drives tourism and allows for the opening up for foreign investors” he said at the meeting. He further recounted the vibrant history of football in Ghana and linked its significance to tourism and culture and mentioned how there is an apparent divide in their journey. He called for greater inclusion in the ‘Beyond the Return’ campaign wherein the sport of soccer can be used to ramp up tourism and unity among Ghanaians and outside Ghana.

Head of Marketing for the GFA, Jamil Maraby presented ideas that both organisations could use as a means to drive up interest in both sports and tourism and create new avenues for foreign exchange.

It was noted that to boost domestic and international tourism, projects like Ghana World Football Tours, Road Shows, Culturally inspired football friendly matches among others, as well as a Football Museum would be beneficial to both industries in bridging their interests.

The CEO of Ghana Tourism Authority expressed optimism in the conjoining of ideas and concepts for the positive growth of both the football and tourism industry. He further mentioned the severe impact of the ongoing global pandemic on the industry, explaining that greater interest lie within domestic tourism for now, using the See, Eat, Wear, Feel Ghana campaign. He indicated the preparedness to work with the GFA and lauded their efforts in keeping the football industry afloat during such unprecedented times.

Tourism and Football have the potential to create jobs, unite locals and visitors, as well generate revenue for the industry and nation at large.