Ghana opens its arms to Africans in the diaspora 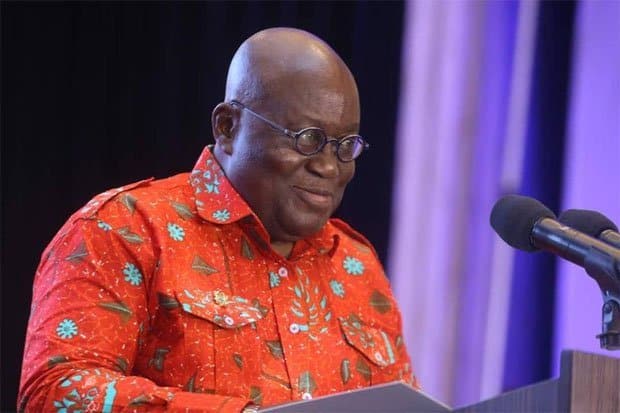 To mark the 400 years since the anchoring of the first slave ship in Jamestown, Virginia, President Nana Akufo-Addo of Ghana has declared 2019 the ‘Year of Return’ for Africans in the diaspora.(AP)

Many Accra-dwellers will know that December is the month of the returnees. In the days leading up to Christmas, Ghanaians from across the diaspora pour into the country in their thousands, disembarking from planes that have landed from London, New York and elsewhere. Families welcome their loved ones at Kotoka International Airport, the taxis are filled, the churches are packed and the parties are non-stop.

But last December saw another set of returnees, many of whom had never set foot on the continent before. It was the Christmas that Black Hollywood came to town, with Ghanaian-Austrian actor Boris Kodjoe and Ghanaian-American marketing whizz Bozoma Saint John (formerly the Chief Branding Officer at Uber) hosting an array of celebrities including the supermodel Naomi Campbell and actors Idris Elba and Rosario Dawson, for Christmas in the motherland.

The stars saw in the new year by attending the Full Circle Festival which marked the launch of the ‘Year of Return, Ghana 2019’ an initiative headed by the Office of the Diaspora and backed by the Ghanaian president Nana Akufo-Addo to commemorate the 400 years since the first enslaved Africans landed in the Americas, in Jamestown, Virginia in the United States.

Although there are no accurate figures, UNESCO estimates that approximately 17 million men, women and children were forced onto slave ships in Africa and sold into slavery in the Americas between the 16th and 19th centuries.

The impact of the transatlantic slave trade is wide-reaching but at its essence, it propelled the industrialisation of Europe and led to the underdevelopment of Africa.

By hosting the Year of Return, Ghana hopes to attract tourists from across the African diaspora to reconnect with the continent. There are a number of events planned until the end of 2019 including investment summits, leadership forums and cultural activities. The year will culminate in another – larger – Black Hollywood pilgrimage tour in December.

Akwasi Ababio, director of the Office of the Diaspora and chairperson of the Year of Return committee, tells Equal Times that for many in the African diaspora, the possibility of returning ‘home’ holds great significance. “Some people have come to Ghana, and just on arriving at the airport, seeing that they’re standing on the land that their ancestors used to occupy, has brought a sort of relief,” he says. “They are able to come and reconnect spiritually.”

The home of pan-Africanism

The Year of Return comes more than ten years after another project was launched in Ghana, the Joseph Project, in 2007. That initiative, like the current one, sought to encourage Africans from the diaspora to visit Ghana in a bid to connect them to the rest of the continent. In 2000 the Right to Abode law was enacted, offering people of African descent the opportunity to settle permanently in Ghana, although legal technicalities make the process quite complicated.

The concept of repatriation isn’t new to Ghana. The idea of Africans in the diaspora returning ‘home’ was encouraged by Ghana’s first president, Dr Kwame Nkrumah, who served as a figured head for the wave of pan-Africanism and black unity that spread across the continent around the time that most African countries gained independence from their European colonisers in the 1950s and 1960s.

As the first sub-Saharan African country to gain independence from its European coloniser (the United Kingdom) in 1957, a host of key figures in the black liberation movement moved to Ghana: the seminal US civil rights activist Dr W.E.B Dubois moved to Accra in 1961, living there for two years before he died in 1963; the American poet and author Maya Angelou also worked and lived in Ghana in the 1960s, and Malcolm X visited around the same time as Muhammad Ali did in 1964.

Over the years, many more descendants of Ghana – from the United States, the Caribbean and elsewhere – would make the journey to Ghana. One such returnee is Renée Neblett. The 71-year-old moved to Ghana in the 1990s, after years of visiting. While living in the United States, Nesblett was a member of the Black Panther movement. As racism, and the violence that came with it, permeated everyday life, Neblett – like a number of African-American writers and artists such as James Baldwin, Paul Robeson and Josephine Baker before her – first looked to Europe for freedom and inspiration.

After spending over a decade in Germany, she headed back to America but was disappointed to see where the movement of black empowerment had arrived. “I left during the Black Power movement so to return to America [in the eighties] to affirmative action and … a landscape still rife with the language of race politics, that for me was riveting. To see how a legitimate struggle for equal access under the law was [taken] and somehow defined in such a way that they institutionalised our second-class citizenship…I was stunned by that.”

While in the United States, Neblett began working in education and in a bid to expand the cultural curriculum of American students, she began visiting Ghana in the 1980s with groups of university students. After a few years she was ready to relocate. In 1992 she established the Kokrobitey Institute, which hosts residencies and educational programs on art and design, history and the environment in Kokrobitey, a beach town just outside of Accra.

“I feel free in Ghana”

Like Neblett, the horrors of race relations in the United States had become unbearable for Jamaican-American Lakeisha Marie. After spending many years visiting Ghana, in 2013 she began to undertake post-graduate research that required her to spend time in the country. On completion of his master’s degree, she headed back to New Jersey, only to be confronted with one of the most shocking examples of police violence against African-Americans in recent memory.

“I remember hearing about the shooting of Mike Brown [by police officer Darren Wilson in Ferguson, Missouri]. I had just got back in the country like maybe a day after it happened. And I remember sitting on my bed, looking at the articles in the news and the video of his body in the middle of the street in a pool of blood,” she recalls. “That’s when I decided to move to Ghana. I couldn’t continue with America. I needed to not be there. I knew that I always felt happy in Ghana, and that I felt free here.”

Now, five years later, she runs her own communications consultancy called Ford Communications, which specialises in public relations, customer service training and brand management with the purpose of bridging the gap between Africa and the west.

As a young woman with degrees from American universities, Marie has found making business connections in Ghana quite fruitful. She also notes that there are more opportunities and resources in Ghana than in her country of heritage, Jamaica. But she is aware of the privileges that being an expat affords her.

“If you’re a local with a high school diploma or even with a college degree, the labour market can be tough. Finding a job or getting compensated at a level that makes sense can be very difficult,” she says. “However, if you are foreigner…then your privileges are different. You have access to certain opportunities that locals might not. And because there are foreign companies coming in and setting up there might be more of a gap.” Because of this Marie says that she focuses on skills training and hiring locally.

Ababio says this is something that his office is keeping in mind. He is, however, excited by the possibilities the diaspora can bring to Ghana, through investment and business development. “For any government, you would want people to contribute through its flagship programs,” he says, referring to the ‘One District, One Factory’ industrialisation initiative, for example, which aims to create as many as 3.2 million jobs by 2022.

Essentially, through his office, Ababio hopes to attract investment from the diaspora and channel it into projects such as this one. “The more people that come to your country, the more they will get to know what is required. What is deficient, what needs improved on, what needs to be enjoyed.”

Ababio is pleased with the way the Year of Return is going so far. In January, CNN named Ghana as one of its 19 best places to visit in 2019. Lonely Planet is organising a specific Year of Return tour and a range of other African and black-owned tour companies are working on doing the same. There is a sense of expectation in the air.

The government is currently touting industry-led development with a focus on public-private partnerships. But the country still faces huge challenges; with a large youth population and high levels of unemployment and poverty, the government will have to balance the potential that comes with enticing tourists and foreign investment without exacerbating the already entrenched inequality in the country.

August 4, 2020/144
Give Back Ghana Tree Planting for Emancipation Day