Together with the Diaspora African Forum, the Beyond the Return/Year of Return team, Ghana Tourism Authority, the African American Association of Ghana, the Diaspora Affairs Office, members of the diaspora community and some Ghanaians, a ceremony was held in memory of George Floyd, the African American who was killed by police in the United States.  Floyd’s killing was captured on video and has sparked protests and rallies from people of all races around the world. 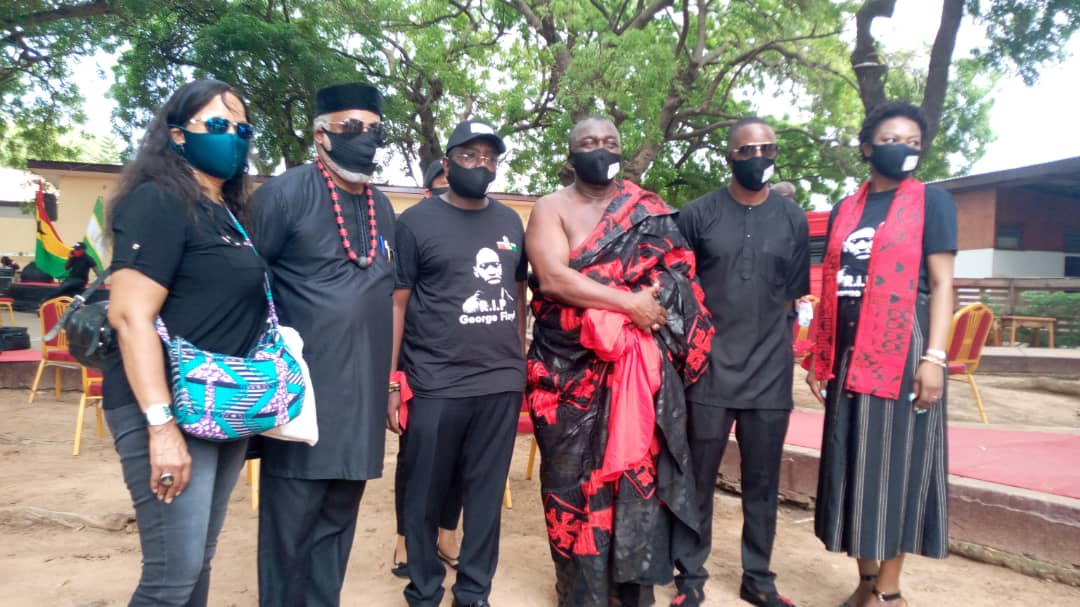 The memorial service in Ghana was held on the grounds of the W.E.B. Dubois Centre on the morning of Friday 5thJune 2020.  Floyd’s name was also memorialized on the wall at the Diaspora African Forum, where other people from the diaspora have their names forever remembered.  The service shed light on the negative experiences of African Americans and all black people from around the world, due to racism.

Hon. Barbara Oteng-Gyasi, Minister of Tourism, Arts and Culture, delivered a message that resonated with the diaspora community. She spoke of the injustices that face black communities not only in America but in other parts of the world. “We gathered to pray and remember as Martin Luther King said, ‘Injustice anywhere, is a threat to justice everywhere,’” she said. “We continue to open our arms and invite all our brothers and sisters home, Ghana is your home. African is your home. We have our arms wide open, ready to welcome you home,” she said with her arms spread, “…Africa is waiting for you.” 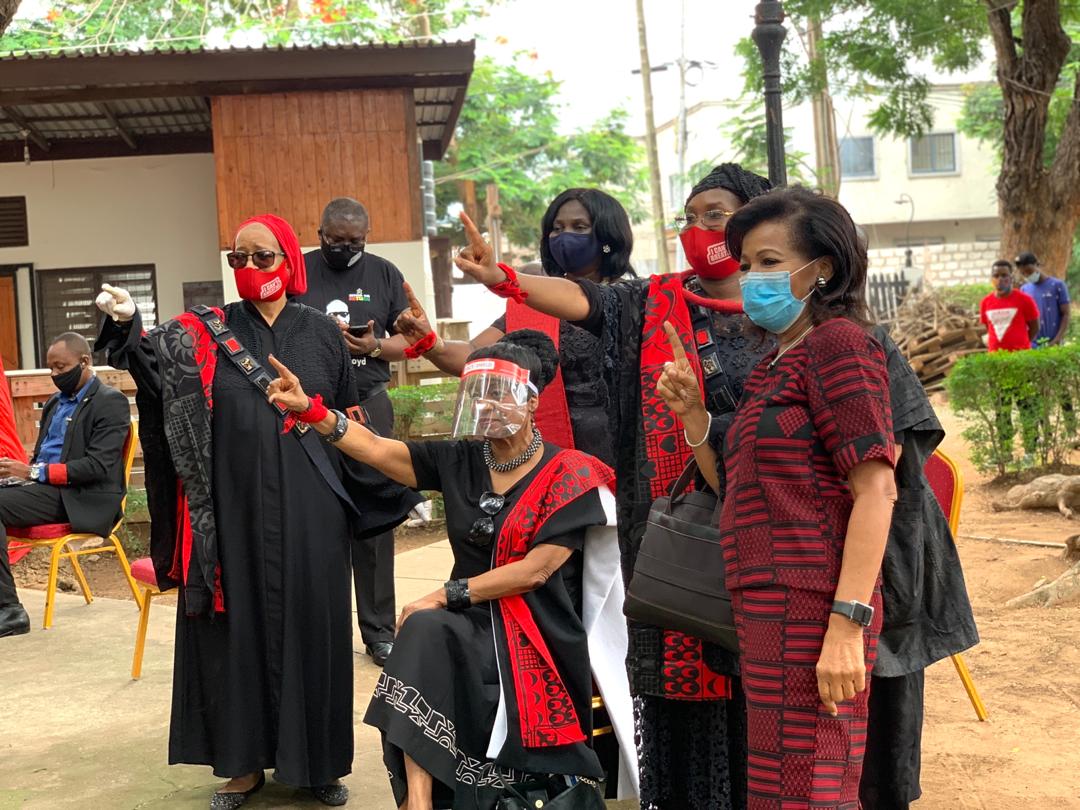 Ambassador Erieka Bennett, Head of Missions at the African Diaspora Forum, spoke of the pain felt by black people because of the ongoing injustices.  Coming together was important in remembering not only George Floy, but the many others who have lost their lives in a senseless way because of systemic racism.  “We have got to touch the conscience of the world to stand with us now,” Ambassador Bennett said.

Our brothers and sisters of African descent have suffered the long-lasting effects of racism, which is rooted in the history of the enslavement of Africans.  Last year, Ghana commemorated the 400-years since the first documented ship of enslaved Africans arrived in the English colony, which is now Virginia, U.S.A.  Thousands of African Americans and others from the global African family, travelled to Ghana to commemorate and to honour the resilience of the African spirit.  It’s only natural, that we stand in support of our global African family as they face struggles and fight for change.  Our community also acknowledges that many Ghanaians and other Africans also live in America and other parts of the world where they too are victims of the same systemic racism

Rabbi Kohain, Executive Director for PANAFEST Foundation, was one of the speakers during the memorial service.  “This is not a fight just for African Americans, not a fight just for African people, but it’s a fight for humanity,” Kohain told the media after the service.  He spoke on how important it was for Ghana to perform this exercise because other African countries often take their lead from Ghana, having been a country known for its Pan Africanism. “The justice that we seek is a justice that sees every human being equal before the eyes of the law.  It’s not just about specific individuals but about the systemic institutions that have supported racism,” he said.

“Ghana has taken the leadership role on honouring and doing this…and we want to thank the Minister for the wonderful message she gave,” said Ambassador Erieka Bennett. “The message is ‘We are one’ regardless of where you’re from, if you are a black person you are an African and that’s the message, we want people to understand.”

Share This:
Categories:
News
Tags:
beyond the returnGeorge Flyodghanaracismyear of return