The Minister of Tourism, Arts and Culture, Barbara Oteng-Gyasi has commended the Ghana Barbeque Association (GBQA) for their continuous promotion of tourism through gastronomy.

She said she was impressed by the performance, achievements and commitment of the association to improve and promote tourism through Barbecue Sports. 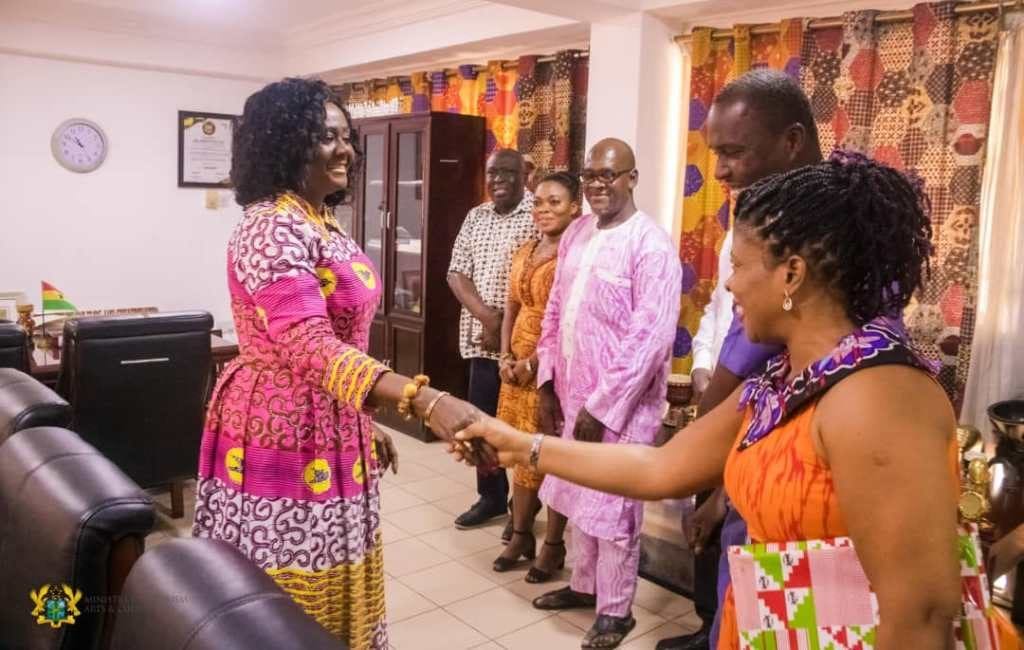 The Minister stated this when Executives and some members of GBQA paid a courtesy call on her at her office last Friday, February 7. The visitors brought the Minister up to speed on their mandate to use barbeque as a sport to promote friendships while providing the platform to add value to the culinary industry. 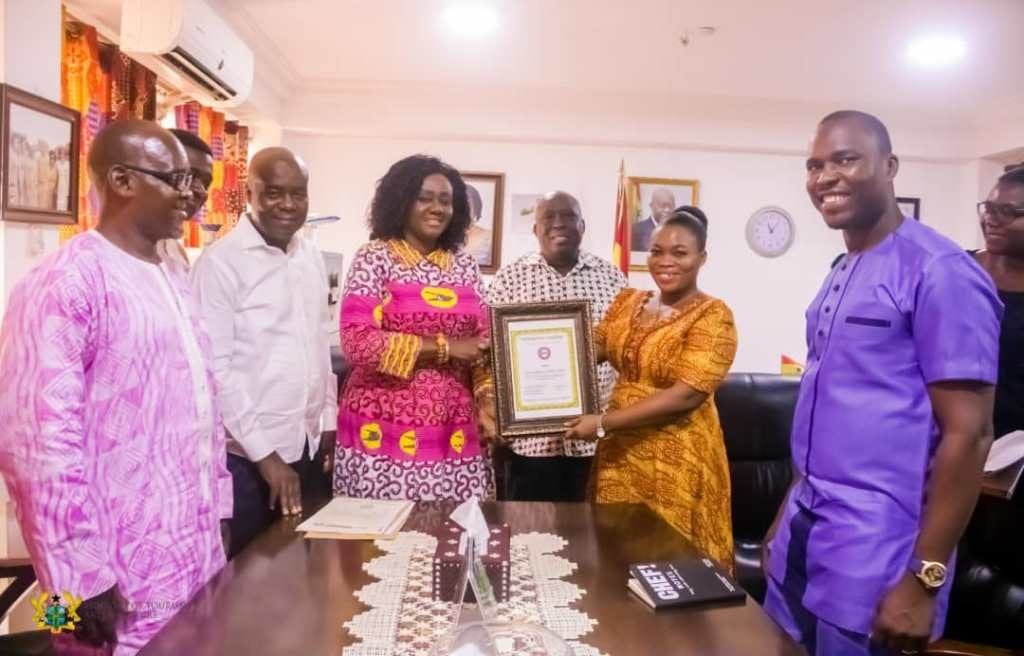 Doris Lumor presenting the Minister with the citation

They also informed her about upcoming events which the Association will be participating in. They include the Memphis in May Festival in the US where Ghana has been selected as the honoured country. GBQA will compete in the World Barbeque Championship at the event. 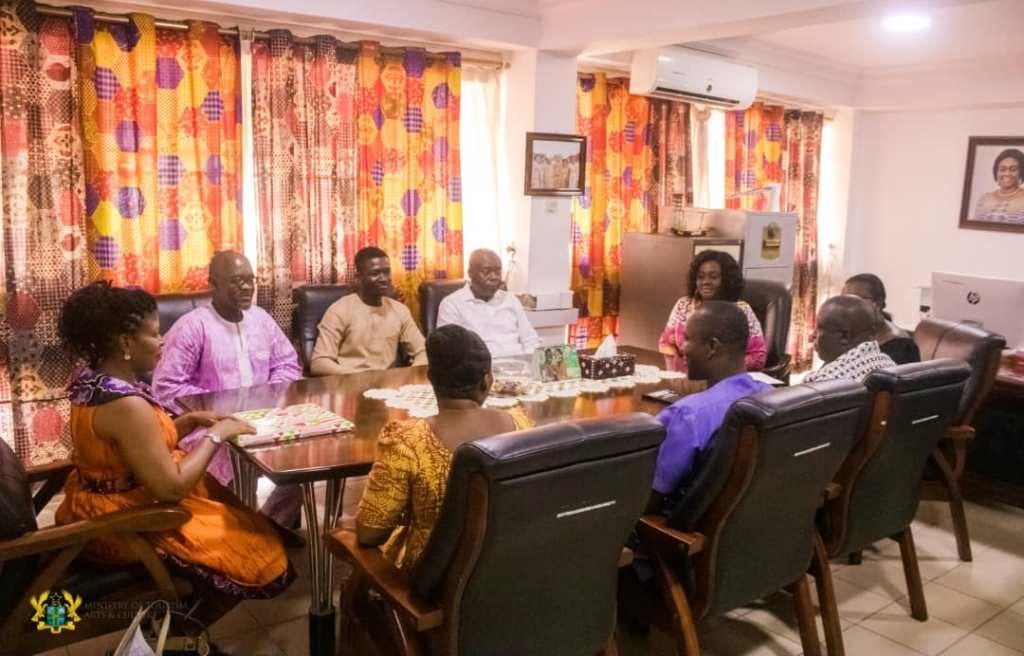 GBQA will also host the first ever World Barbeque African Championship in Ghana from April 29 to May 1 this year. The event is expected to draw in participants from more than 20 countries.

Oteng-Gyasi who was presented with a citation from the World and Ghana Barbecue Associations pledged the Ministry’s support to GBQA as they participate and host the events. 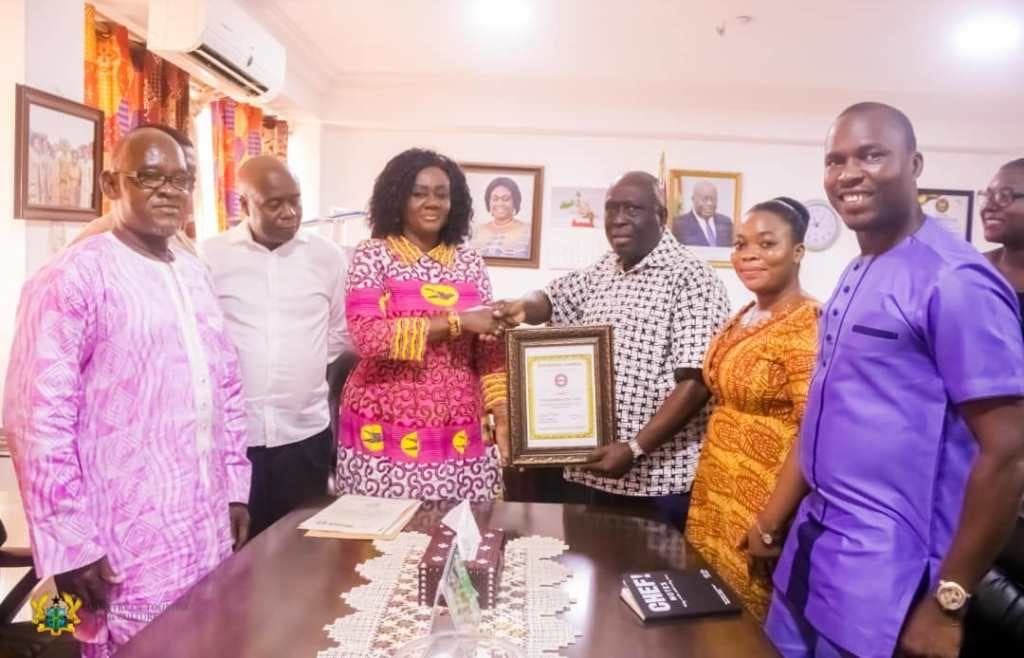 President of GBQA, Prosper Kumi presenting the Minister with the citation

President of GBQA, Prosper Kumi and the African Ambassador for the World Barbeque Association, Doris Eyram Lumor led the entourage on the visit.

December 23, 2020/374
GIPC, GTA and GUBA organise ‘A Taste Of Ghana: Rock Your African Print’ to showcase rich Ghanaian culture
Near me
40