Earlier this week, Ghanaweb published a report culled from a barely-known blog named ‘The AfroDrifter’ with a tiny social media following of 4 Instagram followers, 144 Facebook likes and 339 Twitter followers. The author of the blog post, Freeman Chari, is a Zimbabwean living in America. We wish to point out emphatically that the statements made in the blog post about Ghana’s booth at the New York Times Travel Show are false and likely driven by a desire to drive traffic to his site or stems from inadequate understanding of the show or the industry. Interestingly the blog had no picture of the booth or the four people he claimed were on their phones continuously for two days. 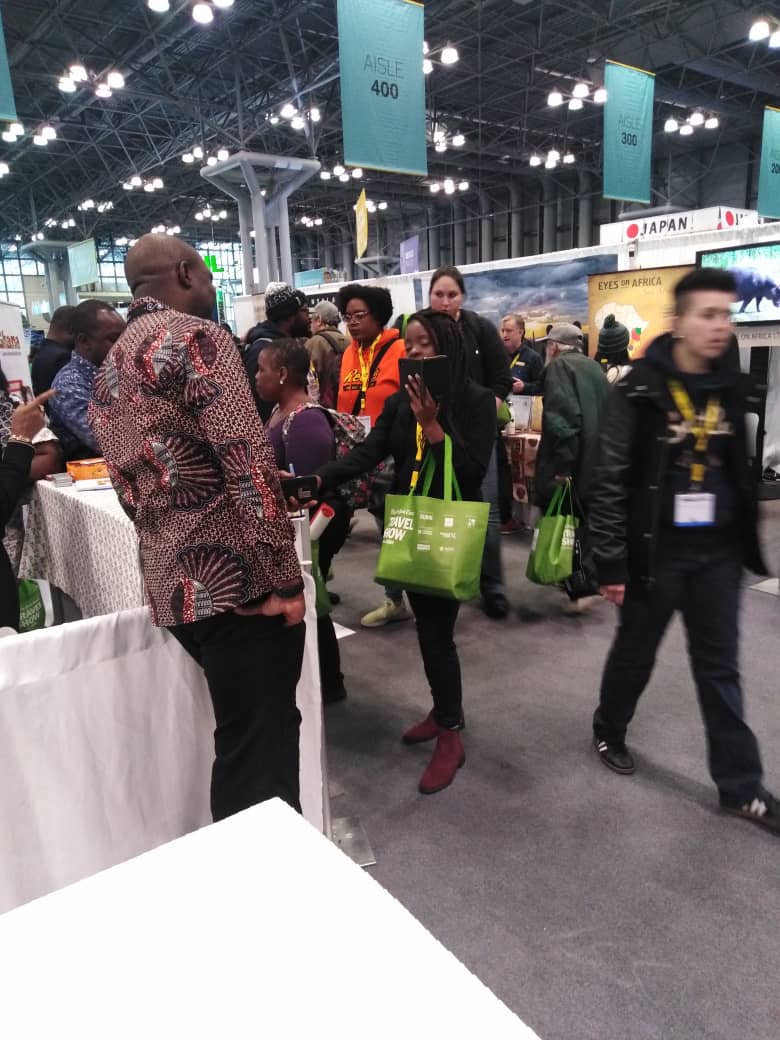 In 2020, North America is being focused on as a key target market as Ghana builds on the momentum of the Year of Return into the new project ” Beyond the Return”.The World Tourism Organization reports that Americans spent 144 billion (U.S. dollars) on tourism expenditures in 2018. The buying power of the African-American population is expected to increase to 1.4 trillion U.S. dollars by 2020 as reported by Statista.

To capitalize on the North American market trends and to enter the United States travel trade show sector, GTA for the first time ever, attended the New York Times Travel Show held at the Jacob Javits Center in New York City from 24th – 26th January 2020. The delegation was led by the Minister of Tourism Arts & Culture and included the GTA CEO, Manager Year of Return, GTA Product Development & Investment Manager, and three of the leading private sector tour operators (Landtours, Sunseekers, Apstar). The New York Times Travel Show attracts more than 35,000 attendees with over 700 exhibitors from more than 175 countries, making it the largest travel trade and consumer show in North America.

The GTA booth was dually branded as ‘Visit Ghana’ and ‘Beyond The Return.’
The setup was engaging with several trade and consumer visitors. At one point in time, GTA had to annex an unoccupied stand to be able to serve the numerous visitors. The tables were nicely covered with the white “Year of Return” cloth, the backdrop was boldly branded as ‘Beyond The Return,” and the entryway branded as ‘Visit Ghana.” There were thousands of marketing materials and giveaways to visitors which included Ghana chocolate, notebooks, pen drives, informational materials and much more.

Ghana was also one of the few African countries that had a speaking opportunity at the show with the CEO featuring as a product expert on Heritage offerings. On the sidelines of the travel show, the team led by the Minister engaged media Houses such as the New York Times, Harlem Times and clinched a deal to host this year’s Africa Tourism Association “World to Africa” Tourism Conference in Ghana in October, 2020.

In the post-event wrap up meeting the Minister held with the private sector tour operators, they were extremely happy with the leads they generated through the lead retrieval app deployed to collect lead information. To collect a lead, tour operators and GTA officials used their mobile phones to scan the QR Code on the name badge of each interested lead. The data from the QR Code about the lead was automatically sent to a database for immediate action.

We have taken pains to explain in detail because several well-meaning and patriotic Ghanaians have reached out to find out the accuracy of the report. Whilst we welcome criticism and feedback, we will not be distracted in our quest to market and make Ghana a top tourism destination.

The ‘AfroDrifter’ blog post is inaccurate and must be disregarded.