This is an article by Baptist Missionary who explored the historic sudanese mosques in the northern part of Ghana. The article explores the origins of the mosques to why some have disappeared

This is the last in of a series of posts about Ghana’s only six remaining historic mud mosques built in the Sudano-Sahelian architectural style.

When I embarked on my project to visit the last of Ghana’s mud mosques, I thought I would be seeing nine according to the Ghana Museum & Monuments Board website. Unfortunately, there are only six still standing and in use: Larabanga, Banda Nkwanta, Nakore, Maluwe, Bole, Wuriyanga.

How Many Mud Mosques did Gold Coast/Ghana Have? 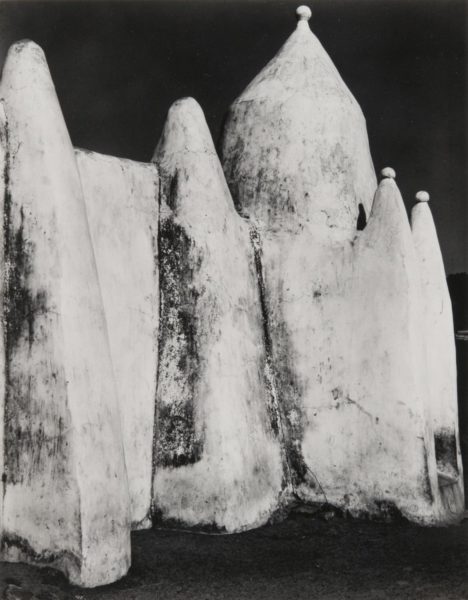 A century ago, every mosque in the north was made of mud simply because that was the primary material used. Look through archival images from the early colonial era and every mosque is some sort of variation on the Sudano-Sahelian* style.

Rudolph Fisch’s images of Mamprugu in 1910 show the Gambaga mosque as a white-washed mud structure in the Sudanic style. Famed American modernist photographer Paul Strand shot a mud mosque in Tanina, Ghana on his 1964 photographic tour of the country that culminated in the incredible book “Ghana: An African Portrait.” Additionally the British National Archives contain images of mud mosques in 19th century Bimtuku (though it’s hard to determine where that village is and it’s possible the images are of Boundoukou, Cȏte d’Ivoire).

Why Have Ghana’s Mud Mosques Disappeared?

There are several factors that have made these mud mosques so rare today. The primary reasons are of function:

And finally, the mosques disappeared because their style fell out of fashion. The old, “primitive” styles were abandoned for modern, “civilized” buildings modeled after the modern mosques seen in images from the Middle East and North Africa.

It’s only in recent years that interest in these mud mosques has been revived as they are now seen as historical landmarks and cultural treasures.

The Most Recent Mud Mosques to be Lost

I mentioned that I expected nine mosques but only saw six in any decent condition. Here are the ones that have recently been razed or are in pitiful ruin. 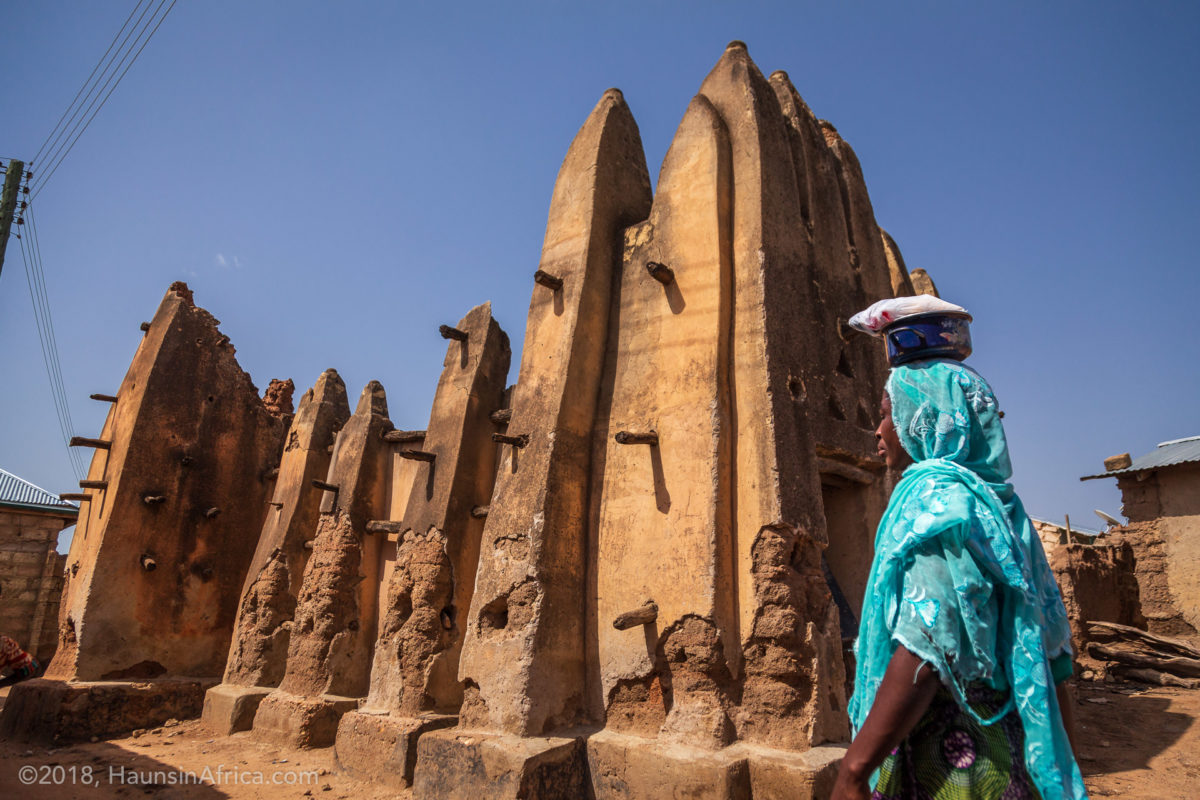 Named after the neighborhood in which it stood, the Dondoli mosque in Wa is hard to find. It has been abandoned and in ruin for so long that most people don’t even know what you’re talking about if you ask bystanders for directions. When we finally got directions, we had to walk through narrow, winding alleyways in the dense residential neighborhood to reach it. Its lack of visibility has probably hurt its chances of being restored as a historic and tourist attraction.

Luck would have it that when I visited the crumbling structure in April 2018, an old man passing by stopped to chat with us. His name was Malaam Fuseini and he explained that his great-grandfather Karimafa migrated to Wa from Mali and built the mosque. Fuseini claimed that the mosque was originally named after its founder – Karimafa Mosque.

Another interesting story Fuseini shared was that his grandfather Lumaam Mahama took a pilgrimage to Mecca. He says it took him 22 years to walk and work his way to Mecca and back. When he returned he brought with him a complete Qur’an for the community.

Today, the Dondoli neighborhood (also known as Fa Muni?) has the standard, large, block mosque to serve its members. At the time of my visit they were also in the middle of constructing a muslim community center next to the old, mud mosque to hold meetings, weddings and other community events. 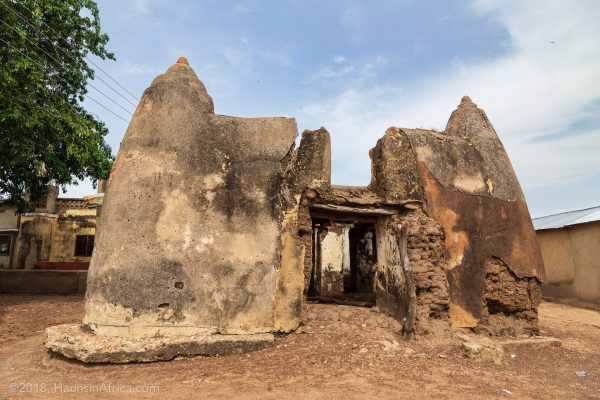 The old mud mosque in Wechiau is barely standing today and no longer in use. It’s a shame because with the nearby Wechiau Hippo Sanctuary bringing in visitors, this architecturally unique structure could generate some income from tourists. As it stands in 2018, it looks pretty much irreparable.

Of all the mud mosques I’ve seen in Ghana, this one had a most unique design that seems to be a mashup of both the Sudanic and Djenne architectural styles. It had buttresses like Sudanic mosques but only one tower (now collapsed) like the Djenne style seen in Woriyanga, Ghana. Looking at the interior, it seems that the columns were much too small and spaced out to support the flat mud roof. After the initial collapse of the roof, it was replaced with zinc but eventually the building fell in to disuse as the newer, larger mosque was built just behind it. Traditionally, unused mosques are not demolished but instead are just left to elements.

I’ve searched online for images of the mosque before it had fallen into disrepair but couldn’t find anything. It may be that it has been abandoned for a few decades.

This small village between Bole and Larabanga is still listed on the GMMB website as having a mosque. However, the Maluwe mosque’s imam informed me that it was destroyed nearly a decade ago to make room for a larger, modern cinder-block mosque. I’ve not been able to find any photographic evidence online of the Dakrupe mosque.

I should also note that the Maluwe imam mentioned that the village of Mandari also used to have a mud mosque that was destroyed in his lifetime. Again, I haven’t been able to confirm that or find any record of its existence.

“Sudano-Sahelian” can be a confusing term today because it sounds like it is associated with the East African country of Sudan. The term however comes from “French Sudan” which was France’s colonial territory in West Africa from around 1880 to the 1960s. The French, in turn, used the name “Sudan” because West Africa, south of the Sahara and north of the forested coastal regions, features a geographical region known as Sudanian savannah (or Sudanian grassland). Therefore, the architecture of Ghana’s Sudano-Sahelian mud mosques are not related to any tradition from Sudan or East Africa.

December 18, 2020/267
Award-Winning Journalist Roland Martin Announces 10-part Series on His Trip to Ghana
Near me
40