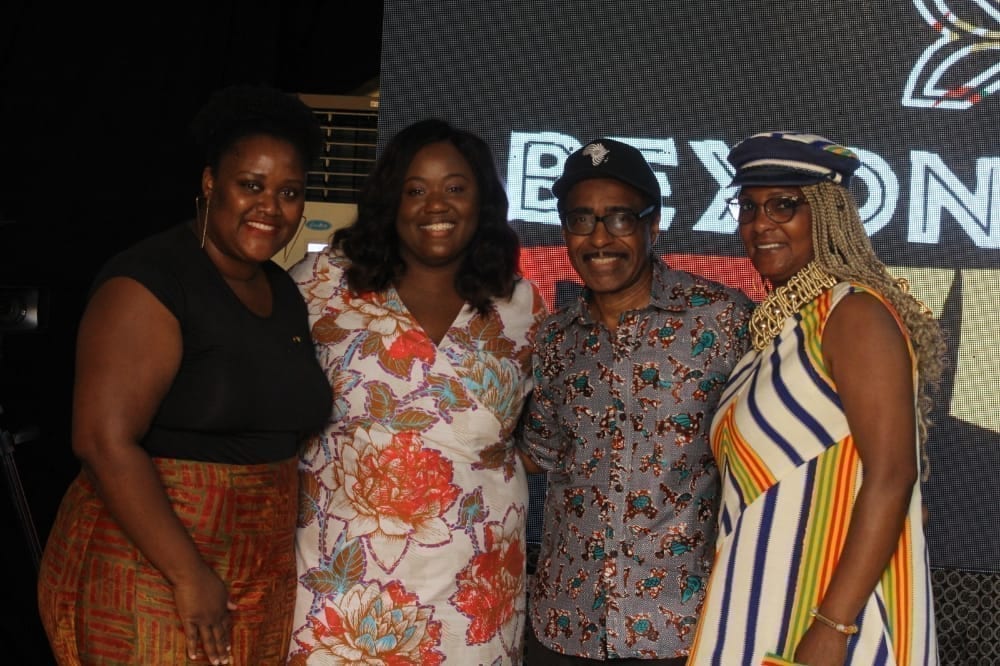 The second edition of ‘The Return Conversations’ Masterclass was a success as it once again brought together Ghanaians and the diaspora for important discussions meant to build relationships that lead to future collaborations.  It took place on 23rd November 2020 at the Accra Tourist Information Centre with invited industry creatives in attendance.  Music Industry experts from the diaspora were streamed into the panel discussion virtually. 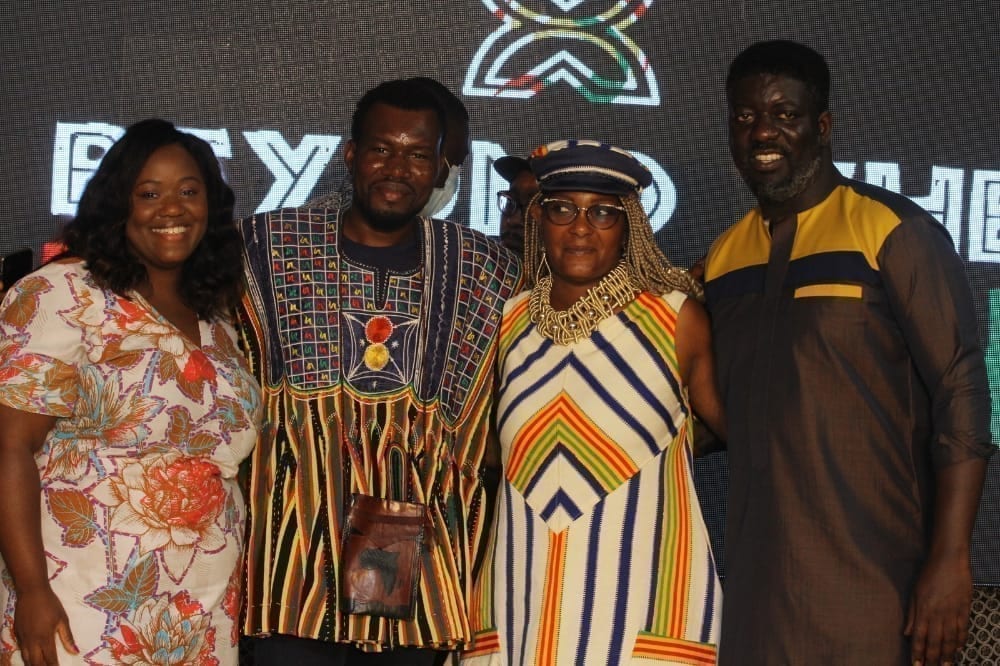 The theme for the event was ‘The Business of Music: Finding Ways to Market Ghanaian Music to the Rest of the World.’  The panel discussion was moderated by Frank Osuwu (Franky5), who is Head of Operations at the Creative Arts Council, Ghana.  The panel featured music industry experts including, Glyn Aikins, President of Sony Music label Since ‘93,  Dontae Winslow, Music Producer, Composer, Trumpeter and Educator,  Vasti Jackson, Composer, Guitarist and Producer, Coriya Burns, Senior Integrated Media Specialist, Radio One,  Malcolm Xavier, Award-winning DJ, and Mark Okraku-Mantey, President of the Creative Arts Council Ghana. 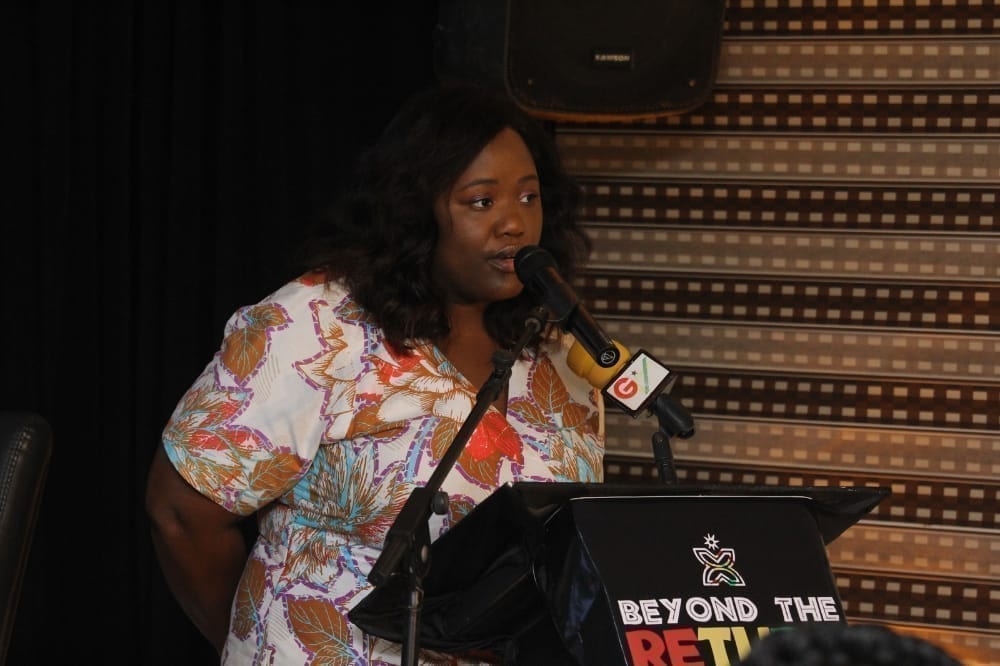 The event was coordinated by Ghana Tourism Authority and the Beyond the Return Secretariat in conjunction with The Creative Arts Council and The BridgeZone.  Annabelle McKenzie, Manager of the Beyond the Return Secretariat, spoke before the discussion began saying that ‘The Return Conversations’ are a series of panel discussions designed to help bridge the gap between Ghanaians and our diaspora communities. Some of the creatives in Ghana who attended the event in-person included Urban Gospel Artist, Jo Church, Hiphop & Afrobeats Artist Amerado, Fashion Designer Jennifer Cole, Hiplife & Afrobeats artist Krymi, Urban Gospel Artist Kobby Salm, Gospel Artist Jayana, and Afrobeats Artist Nankym. 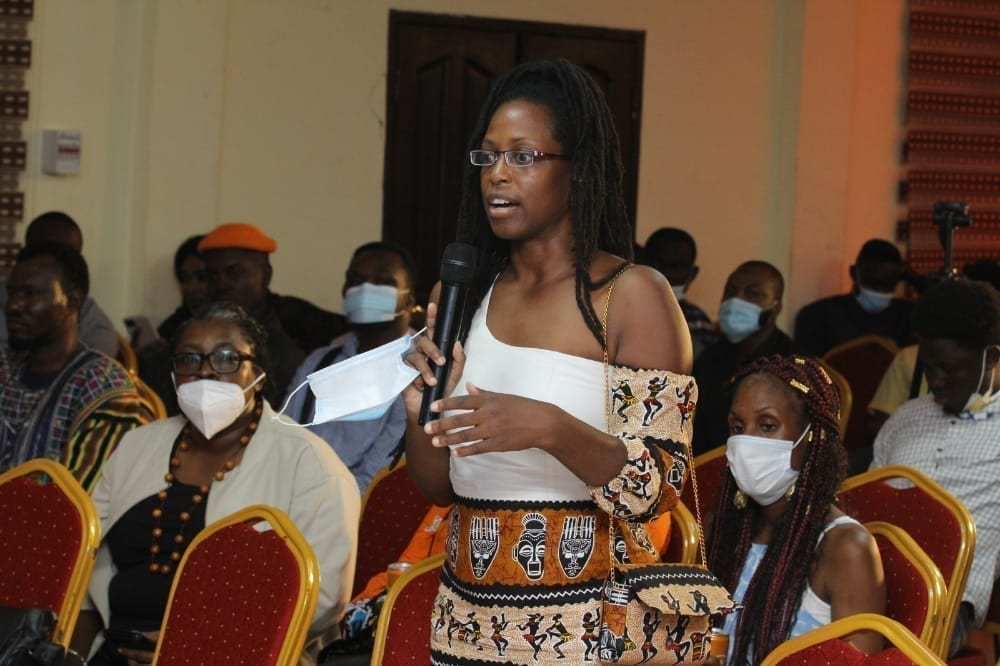 The purpose of this event was to create opportunities to collaborate and to teach about the business side of music.  There is a lot of talent in Ghana, but many artists lack the much-needed business knowledge to put themselves on an international platform.  “Consider that this discussion we’re having here is about the business,” said Vasti Jackson, who has been in the music industry for nearly 50 years.  “Every artist in Ghana is a corporation, every artist in Ghana is a business.” He stressed the importance of understanding that it’s not only the executives who have to look at the business side.  Artists need to focus on that too or they won’t reap the financial rewards. “It makes money or it doesn’t make sense,” he said. 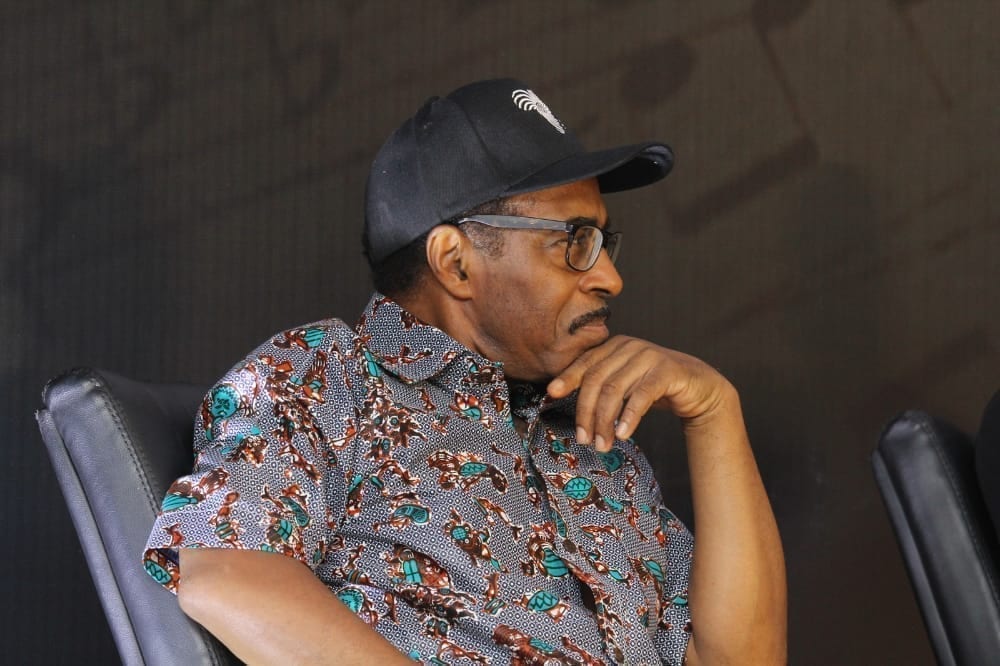 In Ghana, like in many other countries, DJs play a significant part of the music business.  They are often headliners at parties and major events and have the power to bring in a lot of capital to businesses.  Frank Owusu asked Malcolm Xavier, “What are some of the things a DJ can do so that they expand their brand?”  Xavier responded, “I always encourage DJs to venture out and do their own parties.” He said that DJs often don’t see the back end of money made at large-scale events, so when they promote and organize their own, the earning potential is far greater. Glyn Aikins, who started his career as a DJ as well, spoke on how his career evolved into what it is today at an owner of a record label.  His career showed Ghanaian artists that you don’t have to remain in the same place, but can grow and develop your career to become someone of influence on the business side. 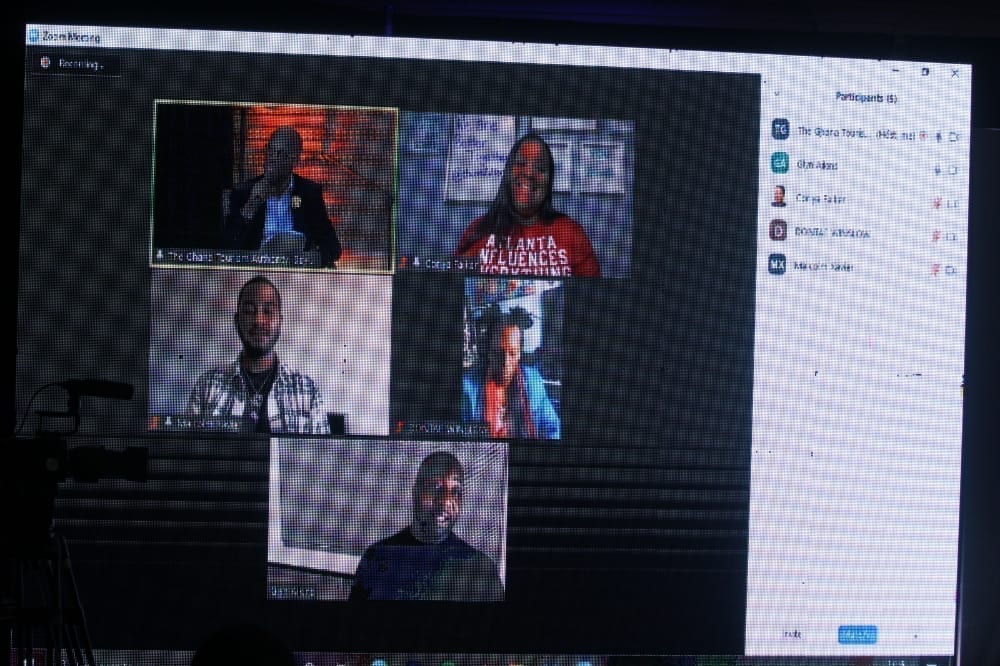 Dontae Winslow, who played a piece of music on his trumpet from his personal studio on the virtual panel, said it was important to be creative and always be learning, but to be mindful of business as well.  He shared a personal story of how he sold CDs during a concert tour several years ago, in Europe and that he was earning money through CD sales alongside the salary of his performances.  Winslow also spoke about the importance of building an audience where you come from before trying to jump into new territories.

Traditional radio has played an important role in the success of artists over the decades, especially in African markets where radio seems to have more influence than television.  Coriya Burns, who works with Radio One was asked how involved Radio One plans to be in Africa.  “Not nearly enough, but I believe that the role I play today will get us closer to that,” she answered. 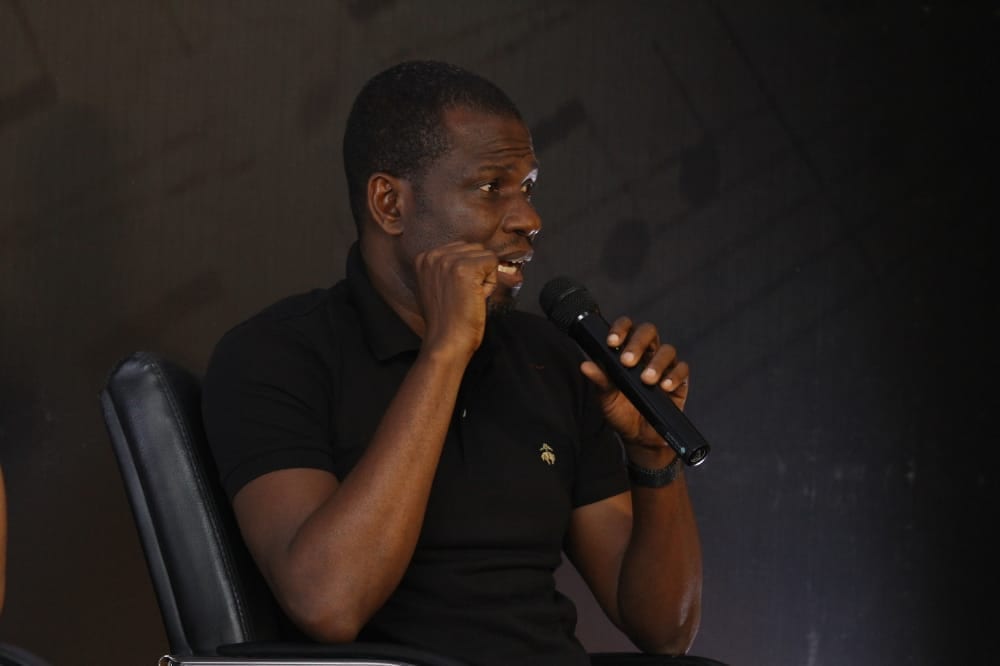 Mark Okraku-Mantey was one of Ghana’s music pioneers having been one of the artists/producers that helped lead the genre of hiplife music during the nineties.  He has seen the evolution of music throughout his career and reiterated that change is inevitable.  He said that artists need to learn to identify the needs of your audience and sell to them because you’re not producing for yourself. This is part of understanding the business, it’s about selling what people want, not what you want.  He also suggested that artists master their art. “Make sure that you pay attention to mastering sound, because even if the song doesn’t become a hit, whenever the song is played, you can be proud that you produced it.”

The biggest takeaway from this event was how much artists need to learn the business side and not leave it solely in the hands of others, in order to build your own success.

BEYOND THE RETURN’ TO HOLD MASTERCLASS ON ‘THE BUSINESS OF MUSIC’

‘The Return Conversations,’ a pivotal part of the ‘Beyond The Return’ project, bridges the gap between the global African diaspora and Ghanaians thorough a series of dynamic and impactful panel discussions. On the 24th November, at 4PM GMT, a Masterclass is set to take place under the theme, ‘The Business of Music; Finding Innovative Ways to Market Ghanaian Music to the Rest of the World.’ The Masterclass will feature panelists in the music and creative arts industries from the USA and Ghana. 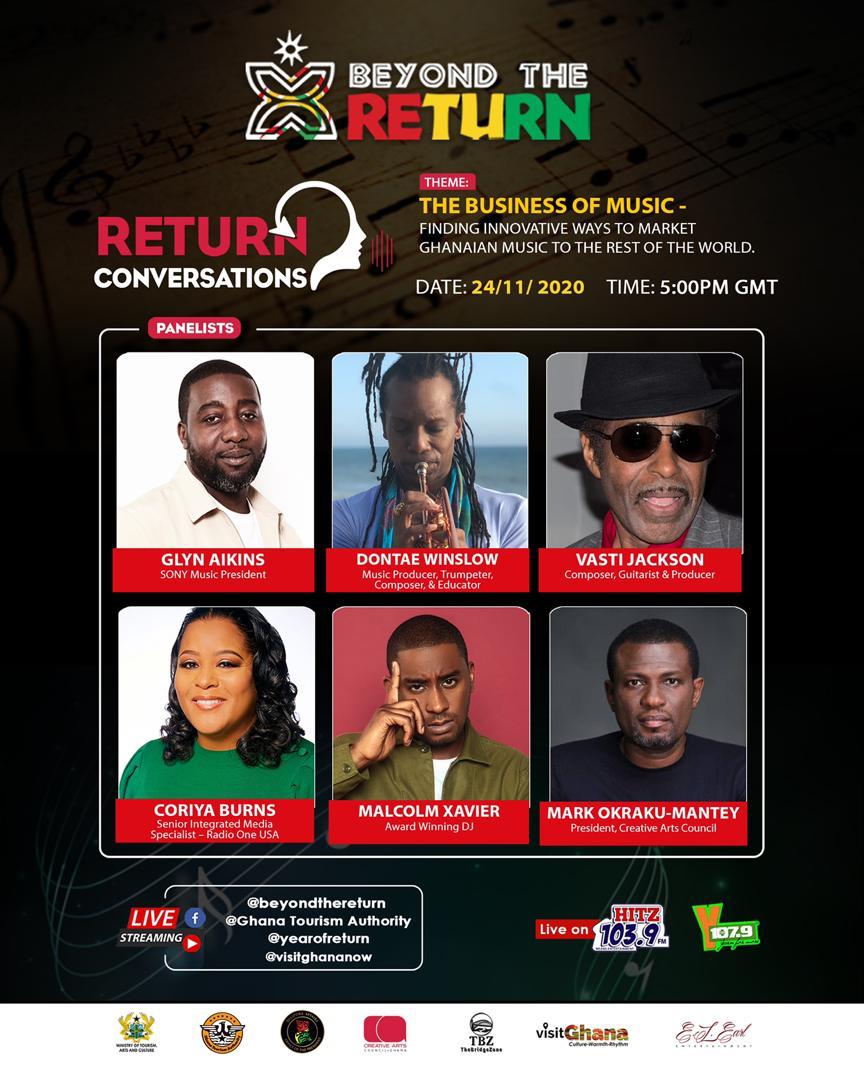 The panel will be moderated by Lydia Forson, an Actress and Frank Owusu, the Head of Operations for the Creative Arts Council. The Masterclass will focus on key areas in the music industry such as marketing, finance, technological advancements, new channels for distribution & sales, networking, and new trends.

“Bringing together music industry and creative arts professionals from Ghana and the USA will be instrumental in building relationships between continental Africans and the diaspora,” said Annabelle McKenzie, Manager of the ‘Beyond the Return’ Secretariat.

The program is being coordinated by the Ghana Tourism Authority and the ‘Beyond The Return’ Secretariat in conjunction with the Creative Arts Council and TheBridgeZone. According to Akwasi Agyeman, CEO of the Ghana Tourism Authority and Coordinator of the ‘Beyond the Return’ project, “Forging collaborations between Ghanaians and the historical diasporas is a key objective of ‘Beyond The Return.’ After a successful first edition of the ‘Return Conversations’ Masterclass, we will continue to foster collaborations between Ghanaians and the global diaspora in the music industry.’ C.E.O. of TheBridgeZone, Anthony Bart Appiah, says, “As the billion Dollar music industry undergoes changes due to the advent of streaming. This masterclass themed the business of music will help boost confidence within the Ghana creative industry. It will also begin the conversations in finding partnerships & collaborations between Ghanaians and the diaspora.”

The program will be broadcast worldwide on the social media channels for ‘Beyond the Return’ (@beyondthereturn), and Ghana Tourism Authority (@ghanatourismauthority), and locally on Hitz FM 103.9 and Y FM 107.9. For more information on this upcoming event, contact the ‘Beyond the Return’ Secretariat office by email at [email protected]

Photos: Beyond The Return ‘Return Conversations’ Begin In Accra

Professionals from Ghana’s Creative Arts Industry came in their numbers to participate in the first ‘The Return Conversations Masterclass’ virtual panel discussion. The panel featured industry pros from the U.S. who were imparting their knowledge with decades of industry experience. A Q&A session gave Ghanaian creatives the chance to share their experiences and ask questions about collaborations and real investment in the African industry. 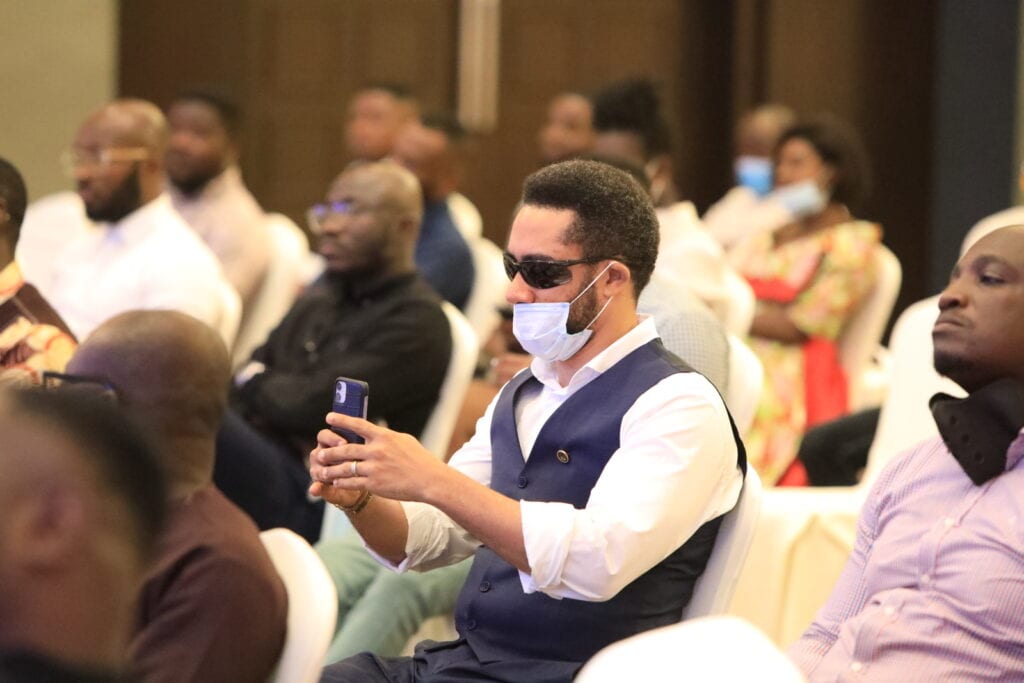 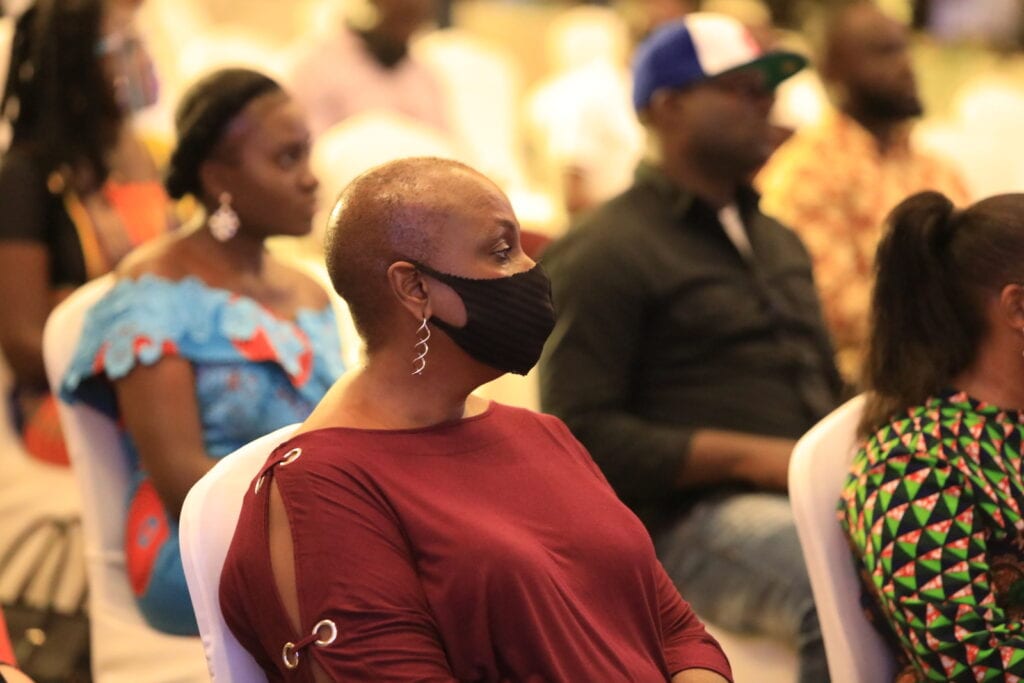 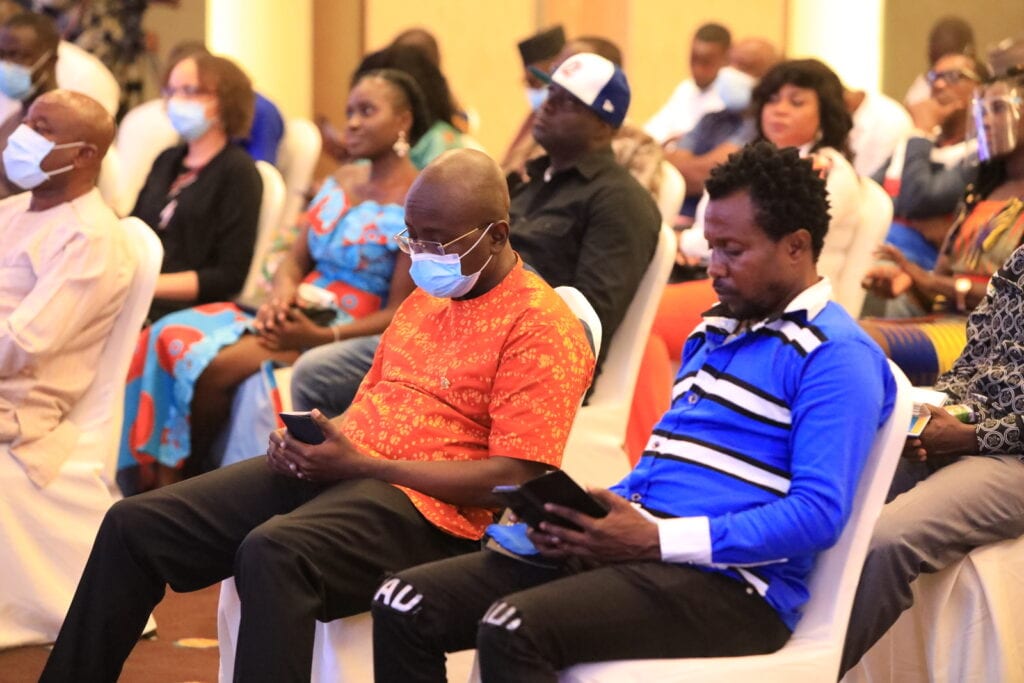 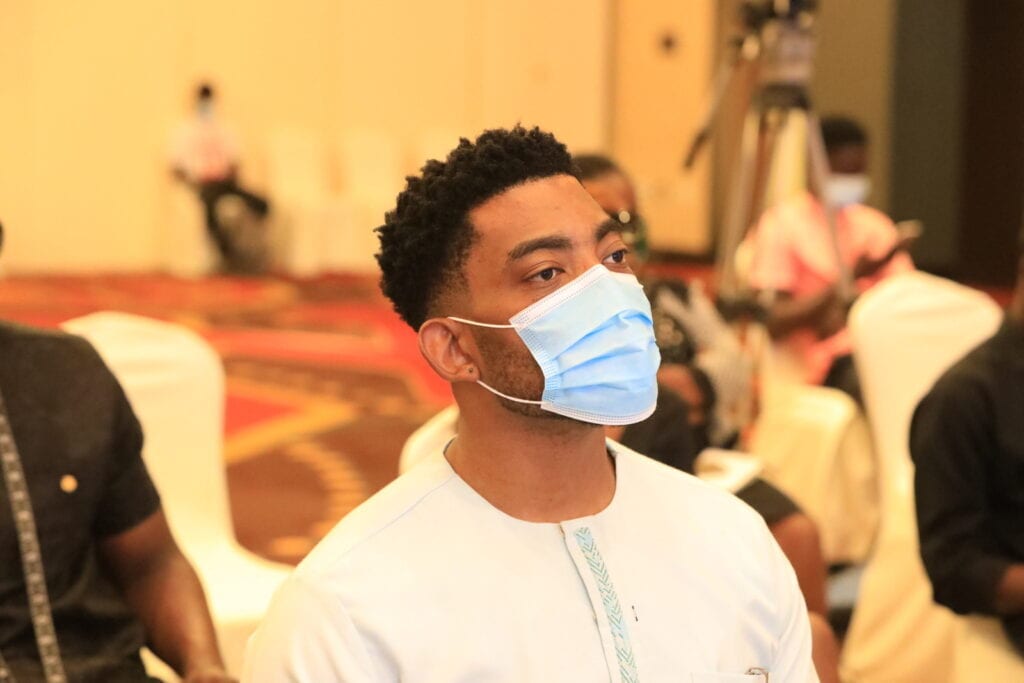 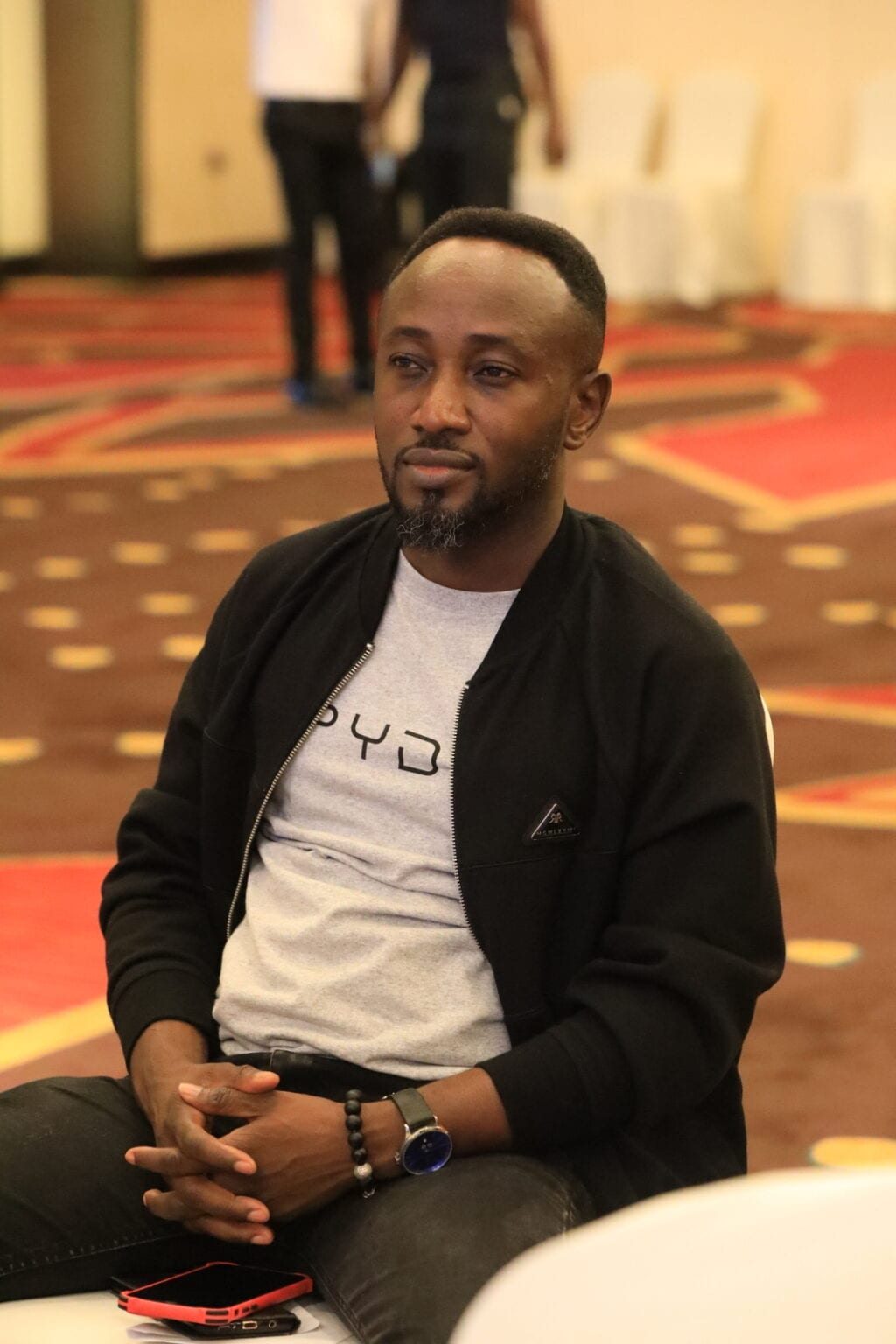 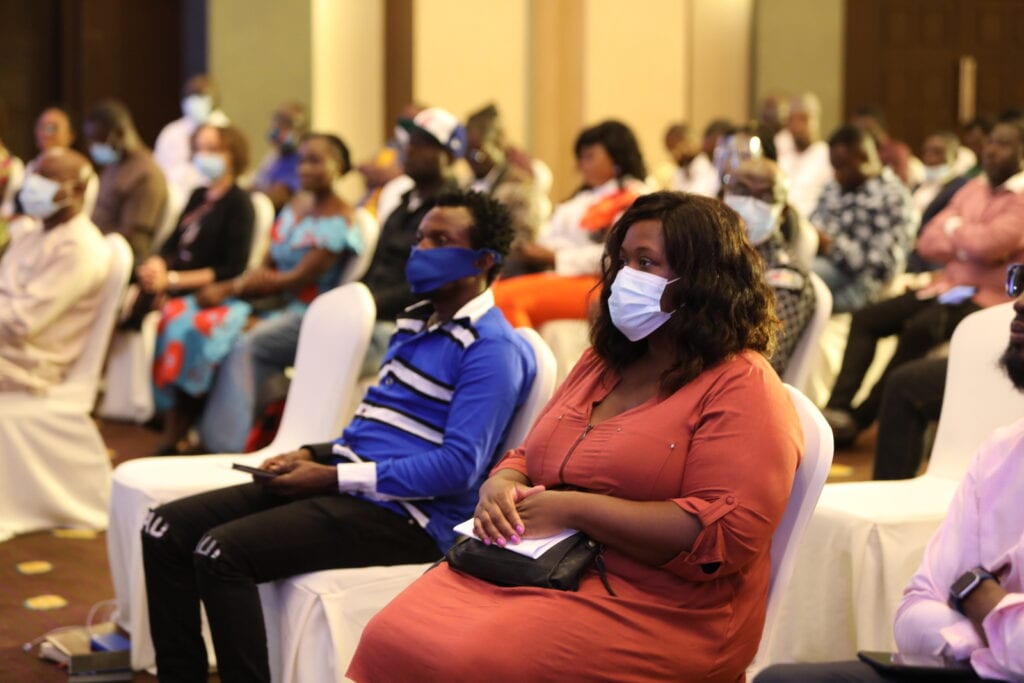 ‘The Return Conversations,’ a pivotal part of the Beyond the Return project is set to premiere with a virtual Masterclass on 30th September 2020 at 4pm. Under the theme, ‘Black Stories Matter; Forging Collaborations for the Development of Ghana’s Creative Industry,’ the Masterclass will feature industry players from the U.S.A. and Ghana who will share information and knowledge and create opportunities to discuss collaborative efforts.

The panel will be moderated by Professor Eleanor Earl, a film and television content producer, entrepreneur, and educator and Ivy Prosper, a Media Professional and Social Media Manager with the ‘Beyond the Return‘ Secretariat.

“These conversations are relevant right now especially as the spotlight on telling stories from the Black and African perspective is increasingly important in these times. As more people from the diaspora are looking for ways to collaborate with continental Africans, having conversations like this is the first step,” said Annabelle McKenzie, Manager of the ‘Beyond the Return’ Secretariat.

The program is being coordinated by the Ghana Tourism Authority in conjunction with the Creative Arts Council and TheBridgeZone. According to Akwasi Agyeman, CEO of the Tourism Authority and coordinator of the Beyond the Return project, “This will be the first of a series of conversations between Ghanaians and the African diaspora on topics that came up during last year’s successful ‘Year of Return’ campaign. We are building on the success and the feedback we gathered last year”.

C.E.O. of TheBridgeZone, Anthony Bart Appiah, says, “It is important for Black people to tell their own stories. We want to help bridge the gap in creativity between Ghana and the United States.”

The program will be broadcast worldwide on social media channels for ‘Beyond the Return’, Ghana Tourism Authority, and locally on Hitz FM 103.9.

The Masterclass intends to focus on key areas in the creative industry including fashion, art, music, animation/ gaming, and film. These are all industries where Ghana’s creative arts community seeks to build and develop in ways that can help them reach audiences across Africa and beyond its borders. President of the Creative Arts Council, Mark Okraku Mantey, has helped to organize members of Ghana’s creative community to participate in this important event. Invited guests who attend in person, will participate in a live Q&A session that will take place in Ghana.

Ghana’s Minister of Tourism, Arts and Culture, Hon. Barbara Oteng-Gyasi, will deliver a statement during the event. As the sector minister, her presence solidifies the importance of such an event when it comes to building Ghana’s creative industry and finding ways to collaborate with the diaspora communities who bring skills and knowledge that can be shared.

The event will be on social media channels for ‘Beyond the Return’ (@beyondthereturn) and Ghana Tourism Authority (@ghanatourismauthority) and locally on Hitz FM 103.9.

For more information on this upcoming event, contact the ‘Beyond the Return’ Secretariat office by email at [email protected]