Naomi Osaka is the number one ranked female tennis player by the Women’s Tennis Association, a three-time Grand Slam champion and she recently won the title at the U.S. Open.  She didn’t shy away from using her platform to show support and solidarity in the Black community throughout this year’s US Open tournament.  Osaka is of Haitian and Japanese heritage and recognizes the power of using her voice on such a big platform. “I feel like I’m a vessel at this point in order to spread awareness,” she said.

The 22-year old made strong statements by wearing seven different face masks in seven matches that bore the names of Black people who have been killed by police and whose names have been part of the ongoing protests about racial injustice in America. 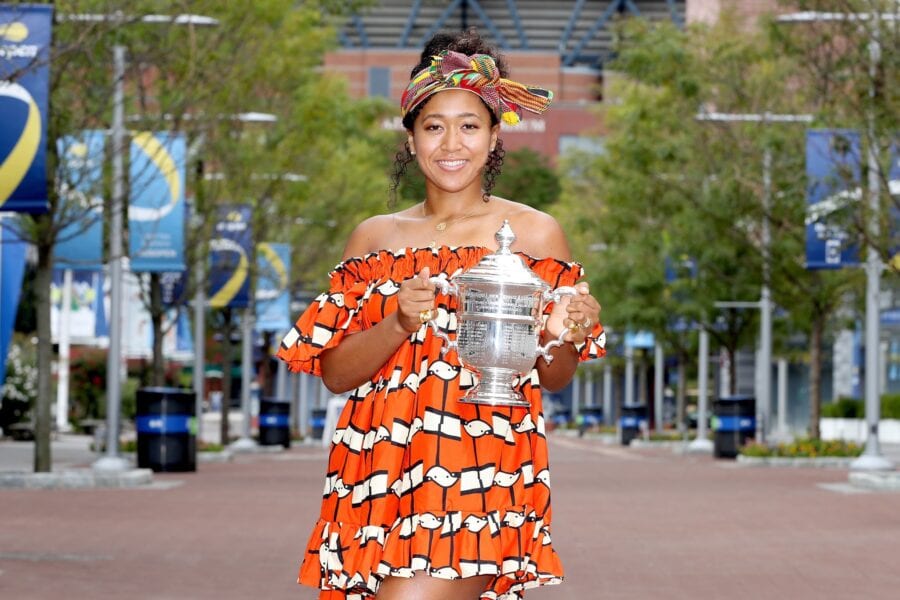 Osaka said that she used her platform to protest because she wanted to get more people talking about it.  She admitted that she lives in a bubble and may not see what’s truly happening on the ground, but she knows through social media and the news what has been happening to Black people.  Each of the masks she wore had the names of Breonna Taylor, George Floyd, Philando Castile, Elijah McClain, Trayvon Martin, Ahmaud Arbery and Tamir Rice.  “I feel like the point is to make people start talking,” she said to the press. She was asked by the media what the message was she wanted to send, and she responded with “Well, what was the message that you got is more the question.”

As the daughter of a Haitian father and Japanese mother, she recognizes her culture and heritage and often makes reference to her Haitian roots.  In a tweet during the US Open she said, “I would like to thank my ancestors because every time I remember their blood runs through my veins I am reminded that I cannot lose.” The people of Haiti have direct ties to Africa with lineage to a few nations including Senegal, Ghana, Nigeria, Togo, Benin and the Congo. Haitian culture still has some similarities to West African culture, including the bold printed fabrics sometimes worn.

Osaka made a style statement after her match wearing a vibrant dress with traditional Ghanaian Kente as her headwrap after her U.S. Open win. “You already know I had to bring out the headwrap for this one,” she wrote on her Instagram post.  This was a tribute to her Haitian heritage, which is deeply rooted in Africa.