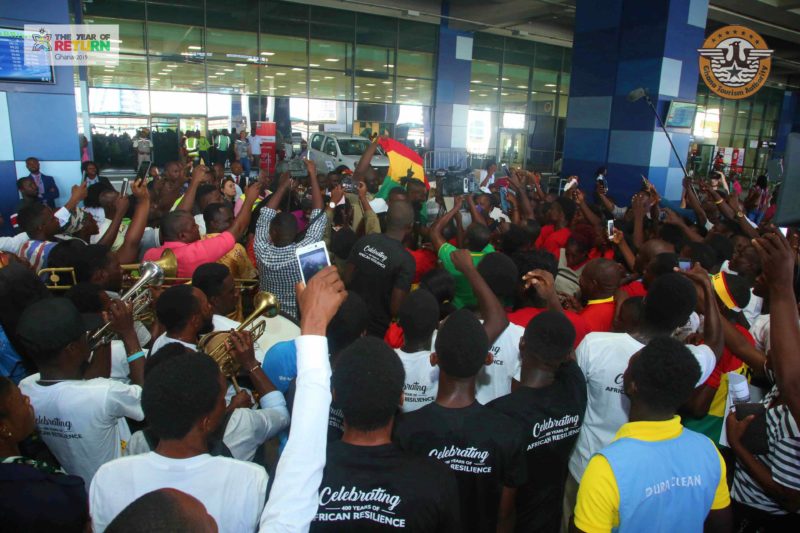 Kofi Kingston arrived in Ghana yesterday to a big celebration at Kotoka International Airport.  Fans and students who couldn’t wait to see the WWE Champion celebrated through song and dance.  Kingston joined in with the crowd dancing to the beat as the Ghana flag was draped over him with cheers from the crowd. Even Kotoka International Airport staff were following him taking selfies as he made his way through after customs. 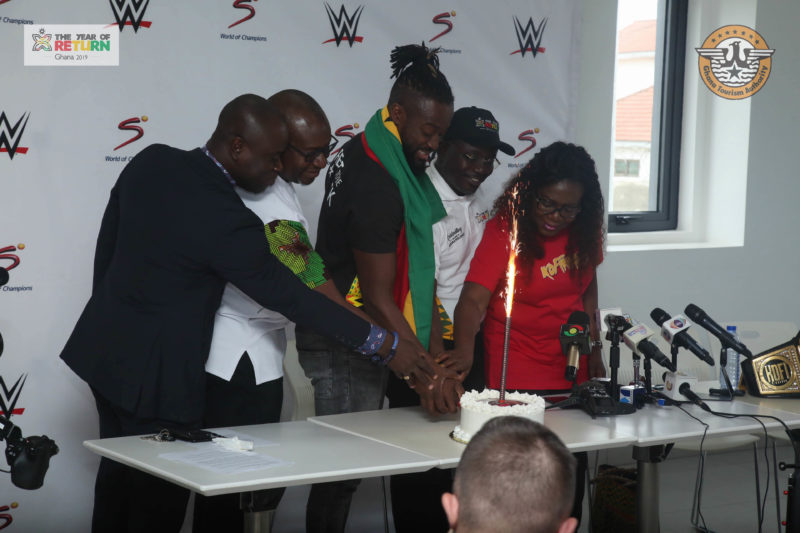 His mother, Dr. Elizabeth Sarkodie-Mensah, along with other family members were there to meet him and were equally overwhelmed with the big reception and couldn’t believe the crowd waiting for him outside the airport.  This is his first trip back to Ghana since 1993 and he is eager to reconnect with his homeland.  He said that one of his biggest regrets was not coming sooner. Kingston recounted the story of his father, who often travelled to Ghana and brought groups of students with him. He said that as a senior in high school, his priority was to find work rather than make a trip to Ghana. 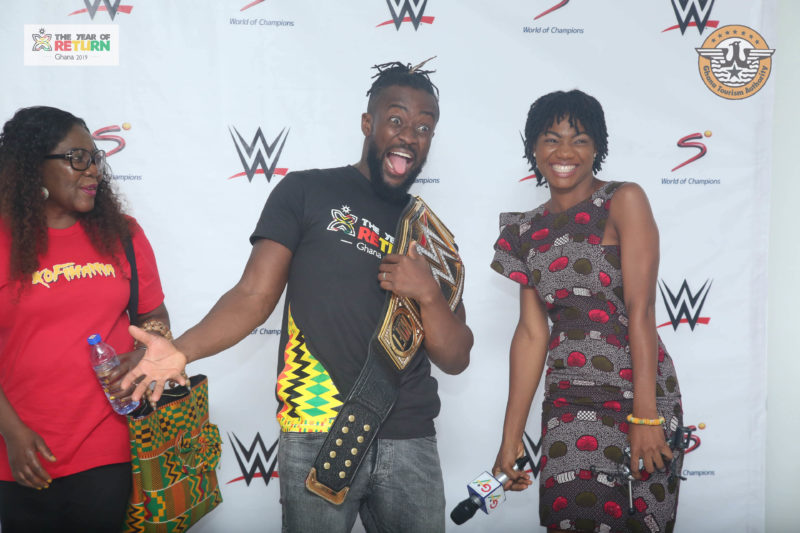 He said once he was ready to come to Ghana, his hectic schedule has made it challenging to find the time.  At the media press-conference, he said that sometimes things happen for a reason because he believes the stars were all aligned for him to make this journey to Ghana during the “Year of Return”.  It’s an important time for people in the diaspora to come to Ghana. 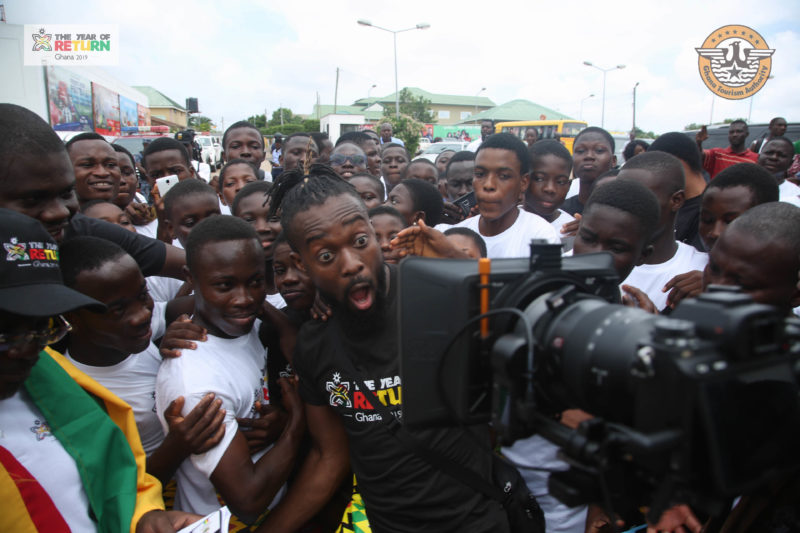 He will be spending four days in the country, with time divided between Accra and Kumasi.  His first day was jam-packed with a press conference, interviews with the media and a visit to the Jubilee House to meet President Nana Akufo-Addo.

He’s had an eleven-year career and has proven that with hard work, success is possible. “It was a matter of staying the course…. I’m here as living breathing proof that anything is possible.”  Many who were seeing him for the first time, were surprised at how small he is, relative to the typical athlete in WWE.  He often hears those remarks and said, “I’m not the tallest or the biggest person…but I had dreams and I believed in it.”  His perseverance and level of commitment to living his childhood dream prove that success can be achieved with hard work. “Not many people on the planet can say they are living their dream, I’m doing that.”

December 23, 2020/375
GIPC, GTA and GUBA organise ‘A Taste Of Ghana: Rock Your African Print’ to showcase rich Ghanaian culture
Near me
40