KOFI AKPABLI WRITES, ‘PANAFEST IN THE YEAR OF RETURN’

Powered by a development agenda, and as old as Ghana’s democratic dispensation, PANAFEST is undoubtedly a key stakeholder in the “Year of Return“. The festival emerged on the Ghanaian scene in the early 1990s with a message, which has remained relevant- celebrating the essence of black people and re-uniting Africans with those in the diaspora.

Today, not only has the event demonstrated staying power, it has remained the reference point for African Diasporans returning home to the motherland. More than that, PANAFEST has sustained diverse platforms as well as partnerships to confront the rather difficult conversations around Africa and the Trans-Atlantic Slave Trade.

Marcus Mosiah Garvey is famed for the idea that all people of African descent should move back to the continent to partake in the development process. Since then, successive Heads of State in Ghana have initiated actions and policies to attract Diasporans back to Ghana. In his independence speech, Osagyefo Kwame Nkrumah envisioned an African liberation anchored on the idea of people of African descent coming back. Ghana, as a result, is the home and resting place of several Pan Africanists, most famous among whom are W.E.B. DuBois and George Padmore. 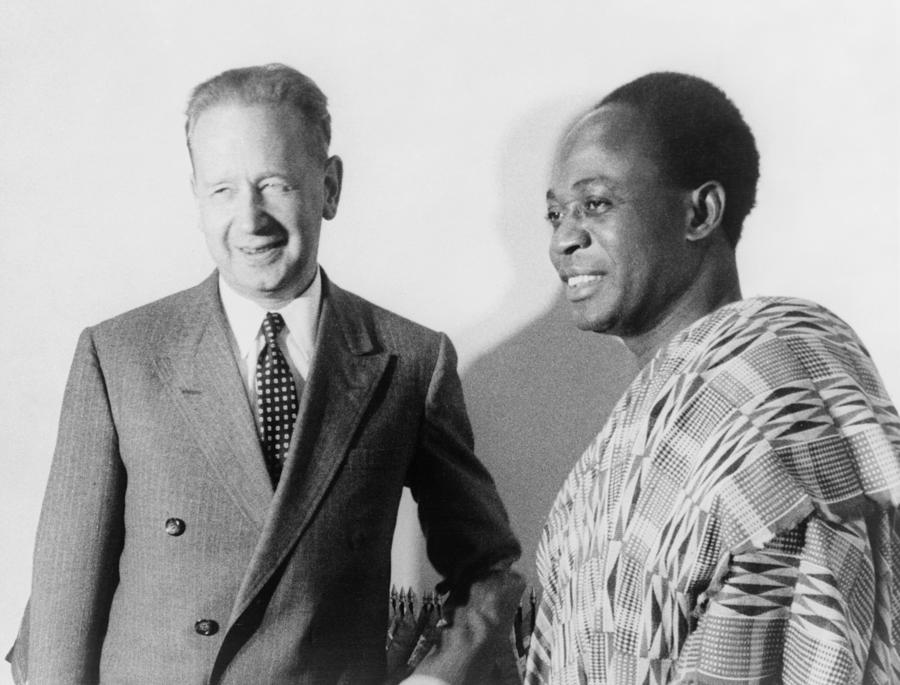 Another example is the Immigration Act of 2000 under the Rawlings regime which provides for a right of abode for any “Person of African descent in the Diaspora” to travel to and from the country without hindrance.

By declaring 2019 as the “Year of Return,’’ President Akufo-Addo seeks to reinforce Ghana’s credential as the hub of Pan Africanism. Coincidentally, the ‘’Year of Return‘’ is a celebratory year for the biennial PANAFEST event. This article broadens the perspective to prove that the “Year of Return’’ and PANAFEST itself are reverberations, set to roll by precursors within the local as well as a global arena.

Take local literature. In the 1960s when Ama Ata Aidoo wrote the Dilemma of a Ghost, a play that was first put up at Commonwealth Hall, she was a proponent in the movement that was generating debate on the place of African Americans in Ghanaian society.

When in 2013, the United Nations Declared 2015-2024 as the ‘’International Decade for People of African Descent,’’ many communities in Africa and within its Diaspora might have yawned it away as another officious sloganeering. To cap it neatly, the theme for the ten-year celebration is “People of African descent: recognition, justice and development.” Overambitious and nice-sounding, huh? 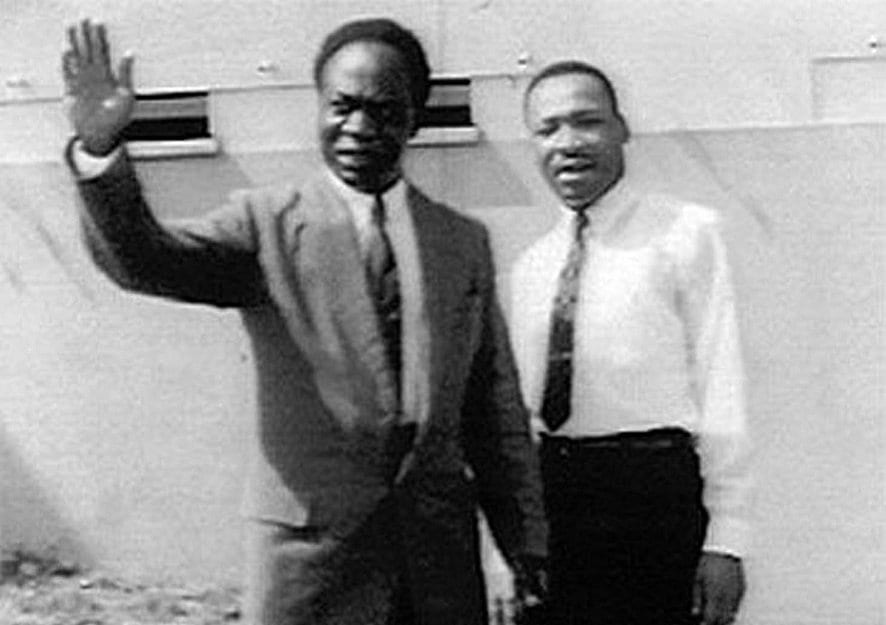 This skepticism may not be misplaced. The history and politics of the Black man’s story have become a bit too complex for one stroke of bureaucratic cosmetics to cause a difference. As America, for example, has demonstrated, racism is not stopping anytime soon and the light of black power is still not appearing at the other end of the tunnel. The foregoing and other developments notwithstanding, events seem to be coming together to generate positive discourse since the United Nations declaration.

Incidentally, Ghana’s ‘’Year of Return’’ happens midstream of this UN decade. The question is how does a forum such as PANAFEST engage? Originally dubbed the Pan African Theatre Historical Festival, the concept was birthed in the early 1990s into a world grappling with its own new and emerging status; a world, which could barely catch up on the series of epochal developments that were re-defining it.

On a February day in 1990, Mandela had walked out of jail after 27 politically charged years. A couple of months later, the Iraq War had broken with Allied Forces reminiscent of Allies in the Second World War. The prayer was that the adventure would be quick and over with. Meanwhile, a certain Charles Taylor was leading a horde of hinterland rebels on their march towards Liberia’s seat of Government.

For such a turbulent period, perhaps it was for comic relief that, Cameroun proved at the FIFA World Cup, that Africa could sting and, courtesy Roger Milla, could dance to boot. Christmas the following year gave us the shocking gift of a USSR empire crumbling to impose the uncertainties of uni-polarism after nearly five decades of a Cold War. One could surmise that the 1989 fall of the Berlin Wall had foreshadowed it. And, oh, by this time CNN had appeared on our local screen, dazzling us as the first 24-hour news channel in the world.

On the local front, Ghana was inching towards a return to democratic constitutional governance. By 1991, the nation was at the cusp of ending a decade long military rule. Around the same time, a brand new National Theatre had been built courtesy, the Chinese (Now we know that it was not quite ‘surprise, surprise’). 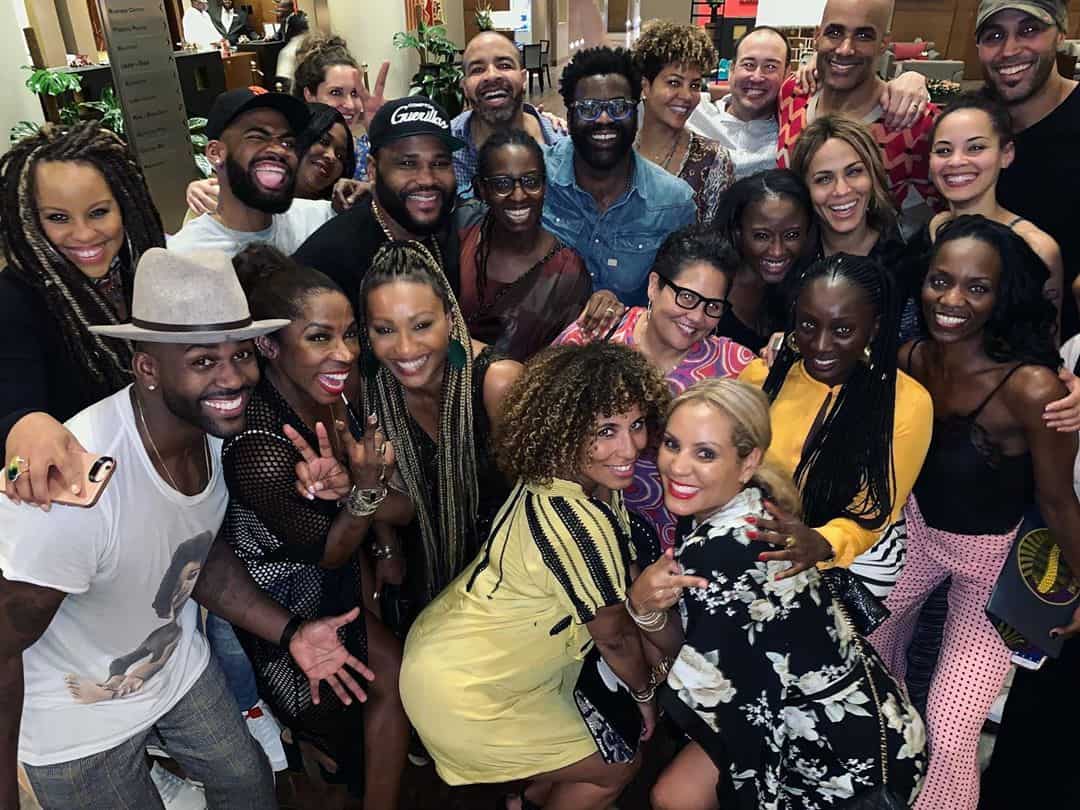 The name of the new festival sounded exotic, sexy even. There was a national playwriting contest on the theme of the Slave Trade. Under the Chairmanship of Ben Abdallah’s National Commission on Culture, drama competition included a students’ category.

That first PANAFEST was held in Elmina and Cape Coast. The winning plays were put up during the events and later followed up with run offs in Accra. The festival announced itself as essentially a cultural event dedicated to the enhancement of the ideals of Pan Africanism and the development of the African continent. Organized biennially, PANAFEST aims to establish the truth about the history of Africa and the experiences of African peoples using the vehicle of African arts and culture. 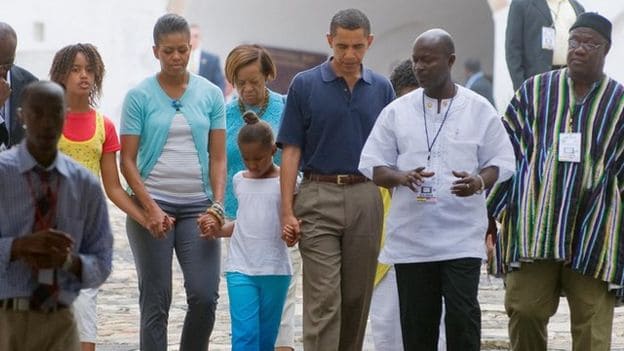 It provides a forum to promote unity between Africans on the continent and in the diaspora and to affirm the common heritage of African people the world over by defining and promoting the continent’s contribution to world civilization.

PANAFEST has since attracted a diverse assembly of people ranging from political leaders, eminent personalities, intellectuals, business concerns, investors and tourists. Central to the celebration are major international performing and visual artistes. Needless to say that popular African descended stars such as Isaac Hayes and Rita Marley not only came over to perform, they eventually made Ghana their home. In 1998 PANAFEST took on an additional ceremony, Emancipation Day making Ghana the first African nation to commemorate an African diaspora event that marks the abolition of slavery.

It is critical to note that in the past, PANAFEST has not always received adequate government support. Still, the event had stayed on course. In some of the celebratory years, the venues had gone beyond the Elmina-Cape Coast-Assin Manso triangle to include a few northern towns on the slave trade route. In 2001 for instance, an enthusiastic group of some thirty African Americans visited Paga. Led by Prof. James Small and Dr. Jeffries they visited the Nania Slave Camp.

Fresh from university and doing national service with the Ghana Tourism Authority in Bolgatanga, this writer was the liaison officer for that visit. The Paga Pio and his people honoured the home-comers with a memorable durbar. In the evening, a reception was held in the chief’s courtyard. Here, and to the amazement of onlookers, the African Americans lost all inhibitions and took over the nagla dance from the indigenous performers. They danced and danced and danced.
At the time it happened, the above episode did not capture the lens of the national media but it did capture the spirit of PANAFEST. Thankfully, this year’s PANAFEST features another homecoming expedition to the North. Outlining the focus areas of activities at the recent launch of the festival in Cape Coast it’s Executive Director Rabbi Kohain Halevi, charged Ghanaians to create a stimulating environment for the expected arrivals. He considered the relevance of the event as transcending the year period into an opportunity to examine the disruptions of African history.

In this year of return, one expects PANAFEST to lead in critical national conversations. Ghanaian society tends rather not to talk about issues related to slavery. Is it a good idea to start? Could we discuss reparations? How should we engage the castles of Elmina, Cape Coast and Fort Prinzeinstein, for instance? And why should visiting people of African descent at these Sites of Memory pay the same gate fee as the blue-eyed Caucasian from Europe?

Finally, there is the question of the youth. At both the launch of the Year of Return at Dubois Center as well as the launch of PANAFEST in Cape Coast young people stepped forward to express the same concern- ‘’what doors are our leaders opening for us?’’ One would, therefore, expect a vibrant engaging of this critical community of our human capital. To re-echo a statement by Prof. Esi Sutherland at the recent Cape Coast launch, ‘’PANAFEST is not only about the past. It is also about the future.’’

April 16, 2021/26
Tourism In Volta and Oti Regions To Receive Renewed Boost With Operationalisation of Ho Airport