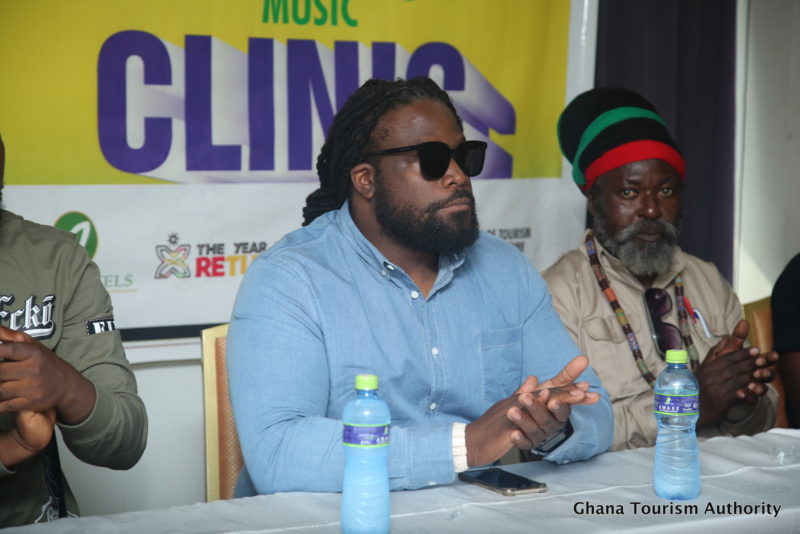 In the last few years, so many people from the African diaspora have lent their voice, talents and skills to help develop those in Ghana. One person who has made a commitment to helping Ghanaians is Reggae superstar Roy ‘Gramps’ Morgan.  He started his career at age 9 as part of the group, Morgan Heritage with his siblings and has gone on to have a successful solo career with multiple hits and awards. He recently conducted his annual Music Clinic at the Alisa Hotel in Accra.  He was in the country for the Ghana Jamaica Homecoming Festival as part of the Year of Return festivities.  Several local artists were in attendance in hopes of not only hearing Morgan speak but to also take invaluable information to help them develop their careers as artists and musicians.  Upon being introduced to the crowd he took a moment to thank President Nana Akufo-Addo for his vision.  “I want to take this moment to big up the President of Ghana because he has made my dream come true when I hear him declare, and remember 400 years since slavery…..[and] that most nations in Europe and the U.S. took [part] in the Trans-Atlantic slave trade and to commemorate this year….he said this will be the year of return!” 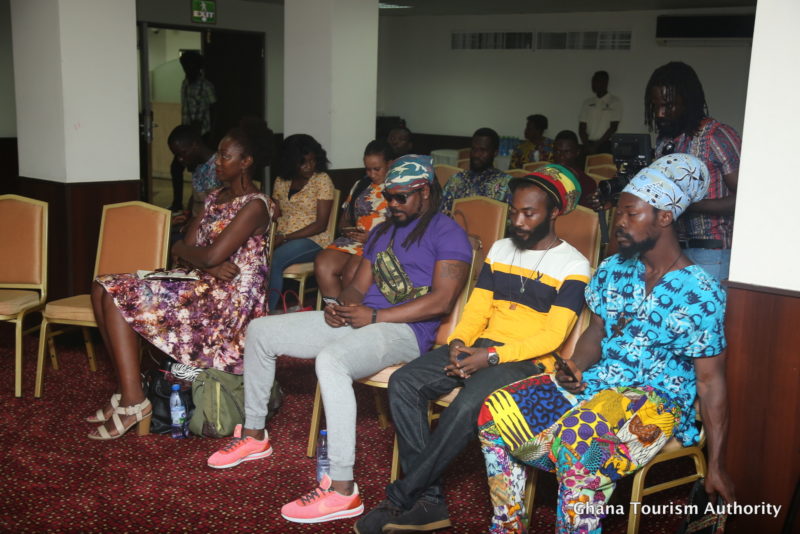 Gramps Morgan was born into the music business.  His father is well-known reggae artist Denroy Morgan and since he was a young child he’s been surrounded by the music.  With a lifetime of knowledge and experience in the music industry, he spoke from the heart giving words of wisdom to the aspiring artists in attendance. “There is a lot of talent in Ghana,” he said to the crowd.  He spoke about the importance of having a vision, even when talent exists, or Ghana’s industry would fail.  Because of his passion to help the next generation of artists, he’s taken it upon himself to share his expertise in Ghana with his annual music clinic. 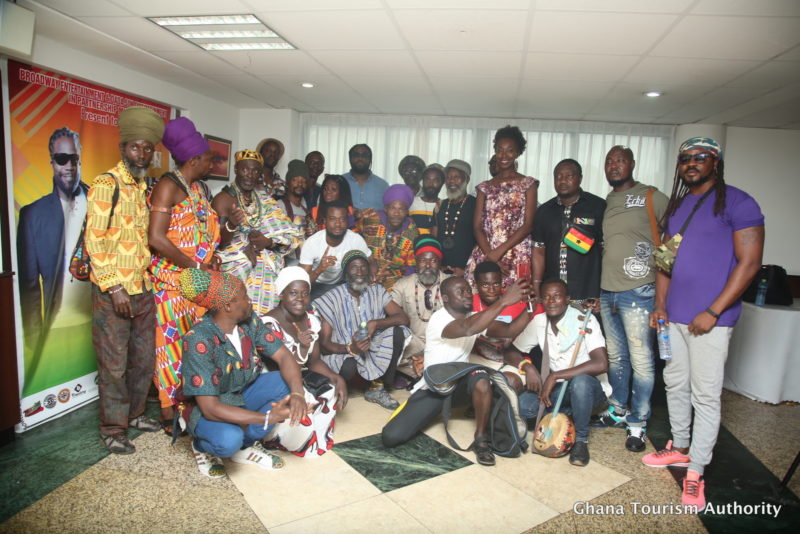 Artists in the music industry abroad have had the upper hand for decades because of knowing and understanding the business aspect more so than many artists in Ghana.  Before Morgan spoke, other members of Ghana’s music industry shared their experiences in the business saying that “Many musicians don’t know much about the business aspect of the music industry.” Some don’t even realise that to build their careers in music they need more than a manager. Ras, a respected person in Ghana’s music scene, said, “In the business, we have personal managers, road managers, technical managers and business managers…. these all make the artist.” He wanted them to understand the bigger picture is more than just the music, it’s a complete package. 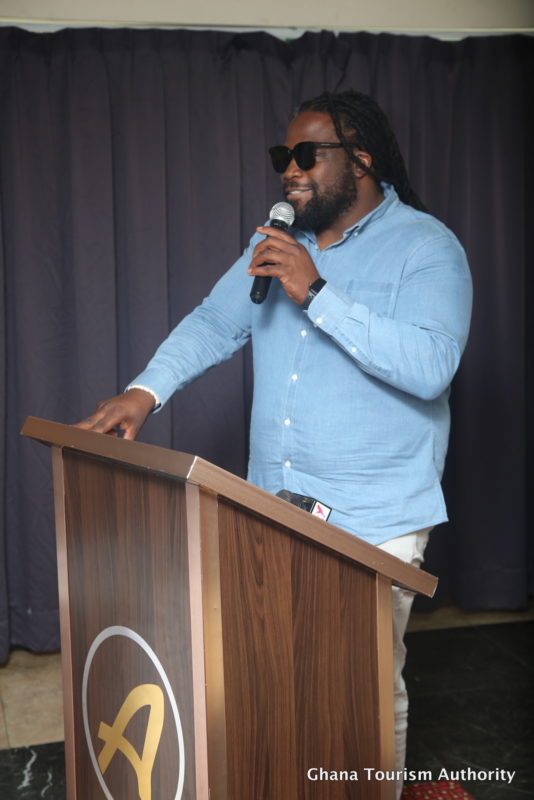 With Morgan’s ability to spot talent, it’s no surprise that artists wanted to meet him and share their music with him in hopes they can be Ghana’s next superstar.  A few years ago, one artist stuck out to Gramps Morgan on his visit to Ghana.  He was talking to Reggie Rockstone those years ago when he pointed a young man out and declared, “This guy is going to change the face of music in Ghana, this boy has something special.” He was speaking about Stonebwoy, now one of Ghana’s most celebrated artists on a global platform.  Morgan surprised Stonebwoy those years ago when he called him asking, “Please, can you come and tour with me?”  He made Stoneboy the opening act on his tour and said to him, “This is where your life begins internationally.” 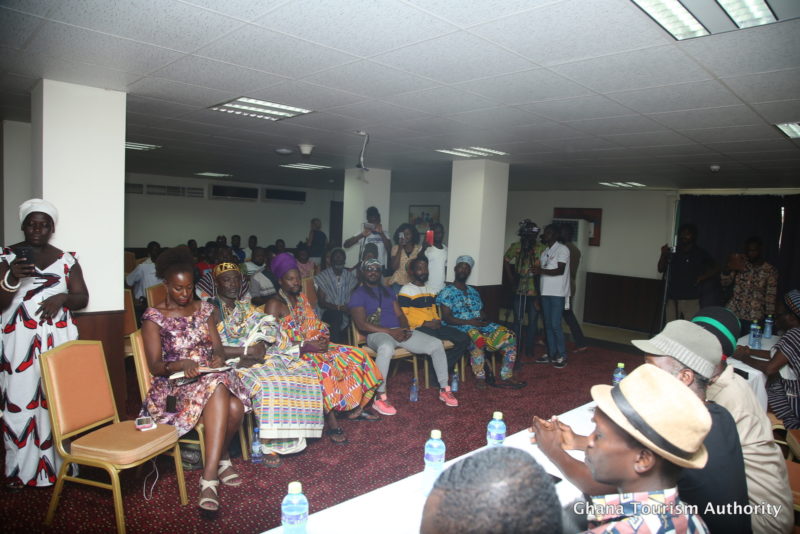 There is no denying the power of collaboration and uplifting emerging singers and musicians.  Morgan’s Music Clinic is opening doors for artists in Ghana. His passion for helping is deeply rooted in the connection he feels with the continent. “I feel like it’s my job to build the bridge from the diaspora, to come home…build the bridge from Australia, from the UK, from Europe…because there were Africans that were born there, but they need to have a connection with Africa. This is Africa and it’s time.”

What seemed to be the last major event on the tourism calendar for 2018 did not disappoint patrons. The 2018 Culture Afrochella dubbed #afrochella18 came off at the El-wak Sports Stadium on Saturday December 29, 2018 bringing traffic to a stand-still. 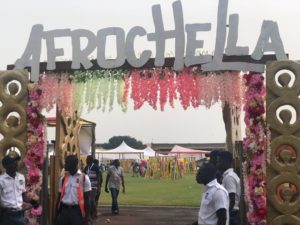 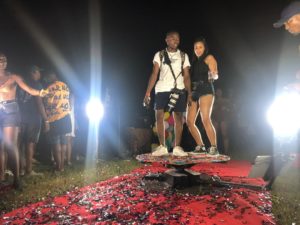 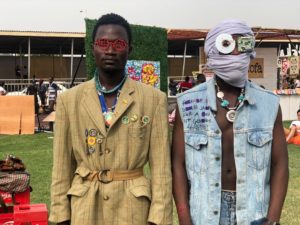 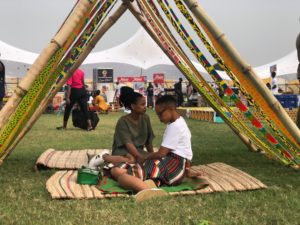 The beautifully and artistically designed entrance was just a foretaste of what was in-stock for patrons. From afrocentric dressing to woodcraft, acrobatic display to foot’pool’, eye-opening paintings to giant candies, the photo opportunities were endless but requiring phones with extra memory space for selfies. 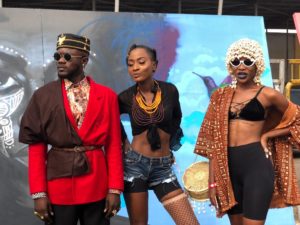 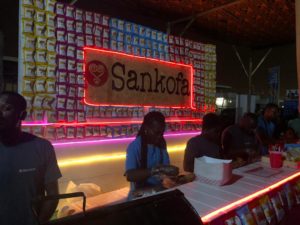 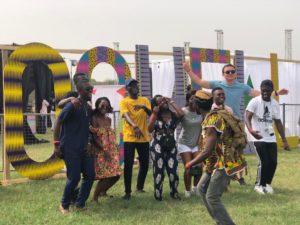 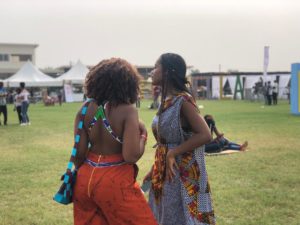 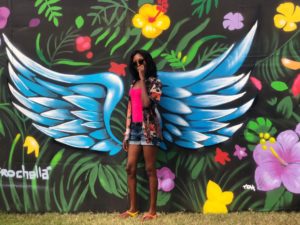 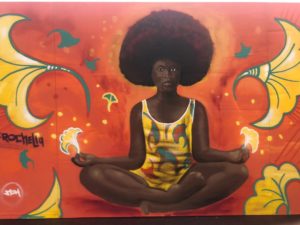 The music was just ‘afrocentrically’ riveting as the food caused taste buds to produce excess saliva.  Crowning it all was the evening musical performances that left no room for parking for patrons who arrived late. Patrons are already looking forward to the 2019 edition and organizers have promised nothing but a more exciting event. 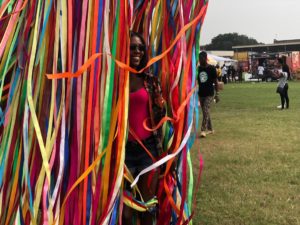 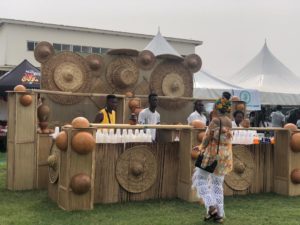 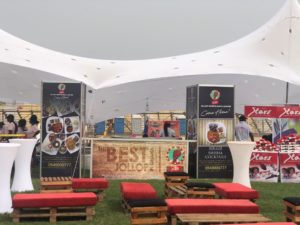 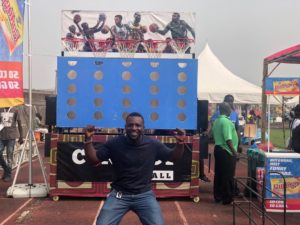 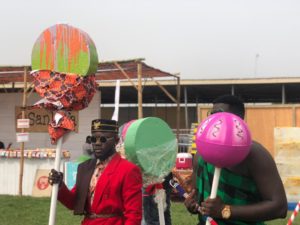 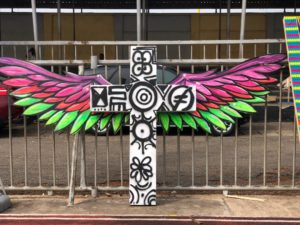 A Ghanaian Band Kwan Pa Band, has released what is turning out to be the 2018 Christmas carol which has already gone viral on various social media platforms. Kwan Pa Band gave viewers the hilarious version of the the popular “12 Days of Christmas” carol at Joy Prime TV Studio. This has been described as typical #feelghana moment.

Watch and enjoy below…

The lyrics to the “Palm Wine Music” version of the popular carol is as follows:

On the FIRST DAY of Christmas my true love gave to me, A PARTRIDGE IN A PEAR TREE!

On the SECOND DAY of Christmas my true love gave to me…, PAYA NE ANWAMO … , and a partridge in a pear tree!

On the THIRD DAY of Christmas my true love gave to me…, FANTA NE NKATIE… , Paya ne anwamo, and a partridge in a pear tree!

On the FOURTH DAY of Christmas my true love gave to me…, K)T) NE ABENKWAN, Fanta ne nkatie, Paya ne Anwamo, and a partridge in a pear tree!

On the FIFTH DAY of Christmas my true love gave to me… KONTOMIRE, KYINGOM (chewing gum) NE ALEWA, NKATIE, NE K)K)) A YATOTO, and a partridge in a pear tree!

Below is an extract on unique Ghanaian music by Prof. J.K. Anquandah.

Ghana is par excellence a nation of music. Every sphere of Ghanaian life-style throbs with music.

At the naming ceremony and the puberty rite, at the betrothal and the wedding, at the market and on the farms, at the blacksmith’s and the potter’s factory and at the beach fishing scene, at the village story-telling scene at night, at the chief’s durbar and the annual Yam Festival, at the traditional priest’s shrine or in the Christian church, at the social gathering or in the nightclub, music-making is ubiquitous.

Ghana’s contemporary musical world is characterized by an array of indigenous and foreign music types, employing local and foreign styles, techniques and instruments. There are ancient traditional instruments some dating back to 500-1000 years, such as the Seperewa, Adenkum, Dawuro, Akasa and the Ashiwa, the Nnawa, Odurugya and Atenteben

And there are foreign instruments such as guitars, trumpets, organs, pianos, saxophones and clarinets which have been introduced recently into the country. Today, the very imagination boggles at the fantastic array of music varieties produced by Ghanaian dance bands, choral groups, church musical groups, traditional recreational groups, funeral groups and royal music groups.

During the last half century, Ghana’s creative composers have sought to identify the country’s unique qualities of indigenous music and develop them. One such quality involves the technique known to musicologists as “contrapuntal.”

In such a musical type, each drum plays its own part and yet all the drums combine to form one unit, there is also a voice interplay of solo and chorus, with one calling and the other responding.

Ghanaian traditional music can be grouped into two major families, first, music for entertainment or recreation, and second, institutional music performed as part of social, religious, cultural or royal political functions or celebrations. Recreational or entertainment music seems to have the greatest variety of musical types employing varied instruments and also, quite, naturally, has the most popular types of music.